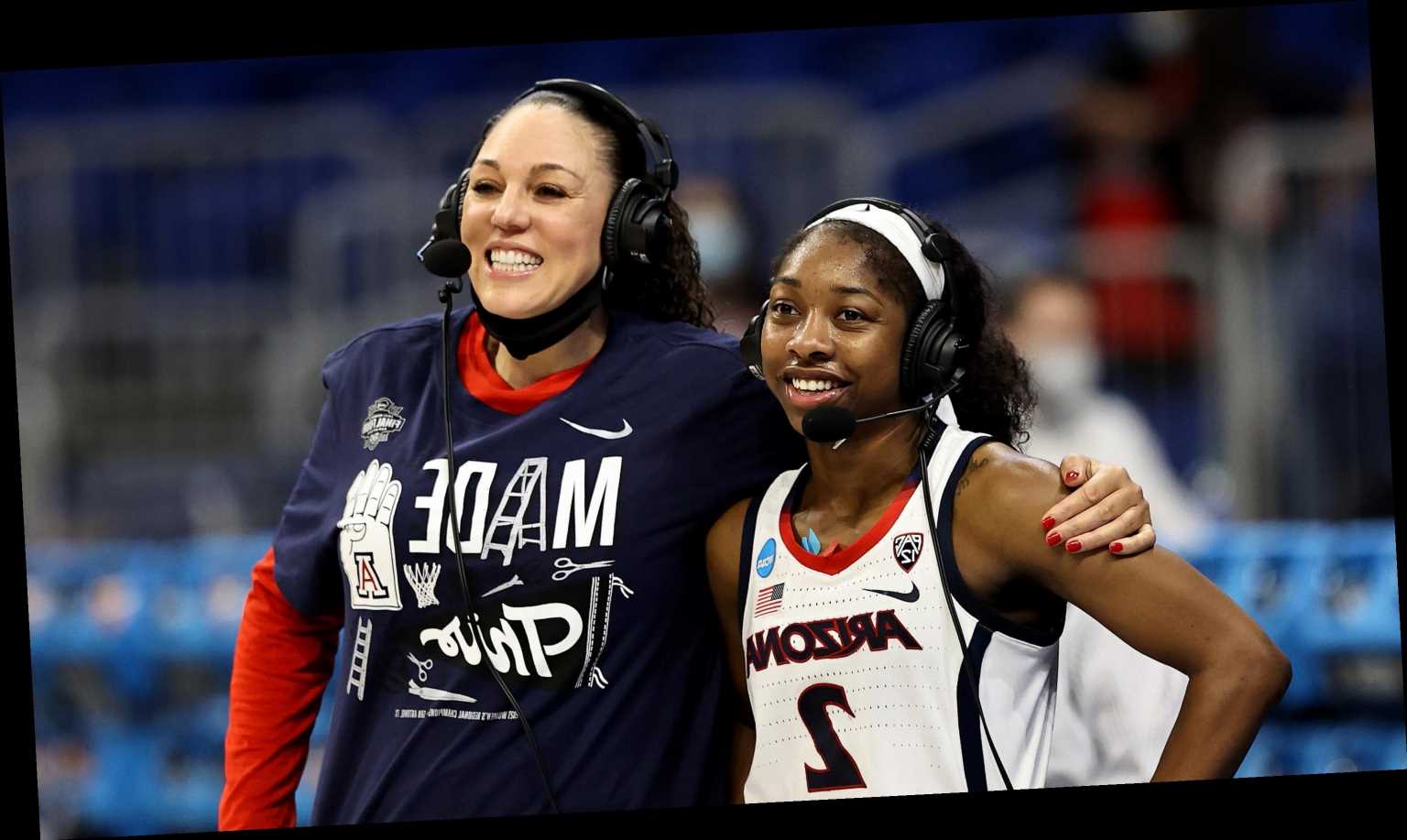 SAN ANTONIO — Pat Summitt has been dead for almost five years. Muffet McGraw is retired. C. Vivian Stringer, Tara VanDerveer, Geno Auriemma and even Kim Mulkey are closer to the ends of their careers than the beginnings.

These Hall of Fame coaches have been the standard bearers for women’s basketball for decades now, elevating the game on and off the court. But they will not coach forever. So what happens to the game when they’re gone? Besides Dawn Staley, who will advocate for women, lift up young coaches and hold the NCAA and its partners accountable?

As it turns out, there’s a long list of coaches eager to build on their predecessors' progress. And they’re already doing it.

“We have to move the needle even further. It’s exciting to see where the game is going to go and the coaches who are coming up through the ranks are absolutely ready for it,” said Jackie Carson, the head coach at Furman and president of the Women of Color coaches organization.

“We have amazing minds in the game right now,” Carson added. “And not only just minds that understand basketball but understand the climate and how to push the game forward to help propel it even further than where the legendary coaches took us.”

4 years ago, @AdiaBarnes would text our @WOCWomenofColo1 group chat every day saying good luck to all competing. She had everyone’s games on her calendar. She won 6 games that year.

To see her head to the Final Four is amazing. Now we celebrate you sis! You deserve all of it!

Coaches like Summitt, Stringer and VanDerveer have been the best advocates for women’s basketball, in part because they had no choice. When they began coaching, they were often afterthoughts at their own universities, let alone with television executives and the general public. Summitt recalled that, early in her career, she had to drive the team van to away games and wash her players’ uniforms.

But as the game grew, a product of both Title IX and compelling rivalries between schools like Tennessee and UConn, so did the influence of the biggest names. Stringer and VanDerveer took active roles in mentoring young coaches. The high-profile success of Summitt, and then Auriemma, forced schools and companies like Adidas and Nike to increase the resources they devoted to the game.

And, in the last few years, McGraw made it her mission to call out the sexism that continues to exist in both society and sport.

The next generation of coaches wants to keep working for all of that. But they also want to widen the spotlight to include racial and gender inequities, the challenges faced by coaches who are moms, as well as the lack of head coaching opportunities for Black women.

“I hope by speaking out, the younger generation of players and coaches can keep their eyes open and make sure they are protecting our game,” said Staley, one of the first coaches to condemn the NCAA after the inequities between the men’s and women’s tournaments were revealed.

“Our game is a beautiful game,” Staley added. “It can only get better if you pour into us.”

Staley has emerged as the leader of this next generation. She was a Hall of Famer as a player, a two-time national player of the year and three-time Olympic champion. She has South Carolina in its third Final Four in six years, and led the Gamecocks to the national title in 2017.

But hers is not the only voice.

When Arizona reached the Final Four for the first time in school history, Carson recalled how, four years ago, Wildcats coach Adia Barnes had blown up the group chat with other Black coaches, wishing each one of them luck in their tournament games.

Aari McDonald and Arizona coach Adia Barnes after the win over Indiana during the Elite Eight on March 29, 2021 in San Antonio. (Photo: Elsa, Getty Images)

“She literally would almost count down the list of everyone who had a game that day,” Carson said. “We had 36 members – imagine what the group chat looked like! She was so invested and believed so much in our group to empower one another.”

Barnes is also vocal about the need for greater support for coaches with children, an issue that became a lightning rod at this year’s tournament after the NCAA insisted kids be counted against the 34-person traveling party each team was allowed.

Barnes has a 5-year-old son, Matteo, and a 7-month-old daughter, Capri.

“I think I’m the only coach in the Top 25 with an infant,” Barnes said. “So I’ve gone through this whole year with a baby. I represent that you can be a mom and coach and be good at both of those things.”

Georgia head coach Joni Taylor; Buffalo’s Felisha Legette-Jack; and Katrina Merriweather, hired earlier this week at Memphis, are among other names mentioned when you ask who will step to the forefront of this next generation of coaches.

“There’s going to be a lot of programs that have new leadership, and it’s going to be exciting to see how impactful that is,” said Niele Ivey, who just finished her first season after replacing McGraw at Notre Dame.

“There is definitely a new wave of the younger generation or new faces that are impacting the game and doing a really great job where they are.”

Not that a reminder was needed, but the revelation of how dismissive the NCAA is of the women’s game shows that much work remains to be done. This next generation of coaches is committed to it, not only for themselves, but for the ones who came before them.

"It’s time for C. Vivian Stringer to rest," Carson said, laughing. "You have done so much, it’s time for you to rest, Queen, and let us do the work now. And you see the fruits of your labor.

“It’s time for those (legendary) coaches to rest," she added, "and we’ll continue to move the game forward.”

Coaches like Stringer, Summitt, VanDerveer, Auriemma and McGraw made women's basketball better. Their successors are eager to do the same.