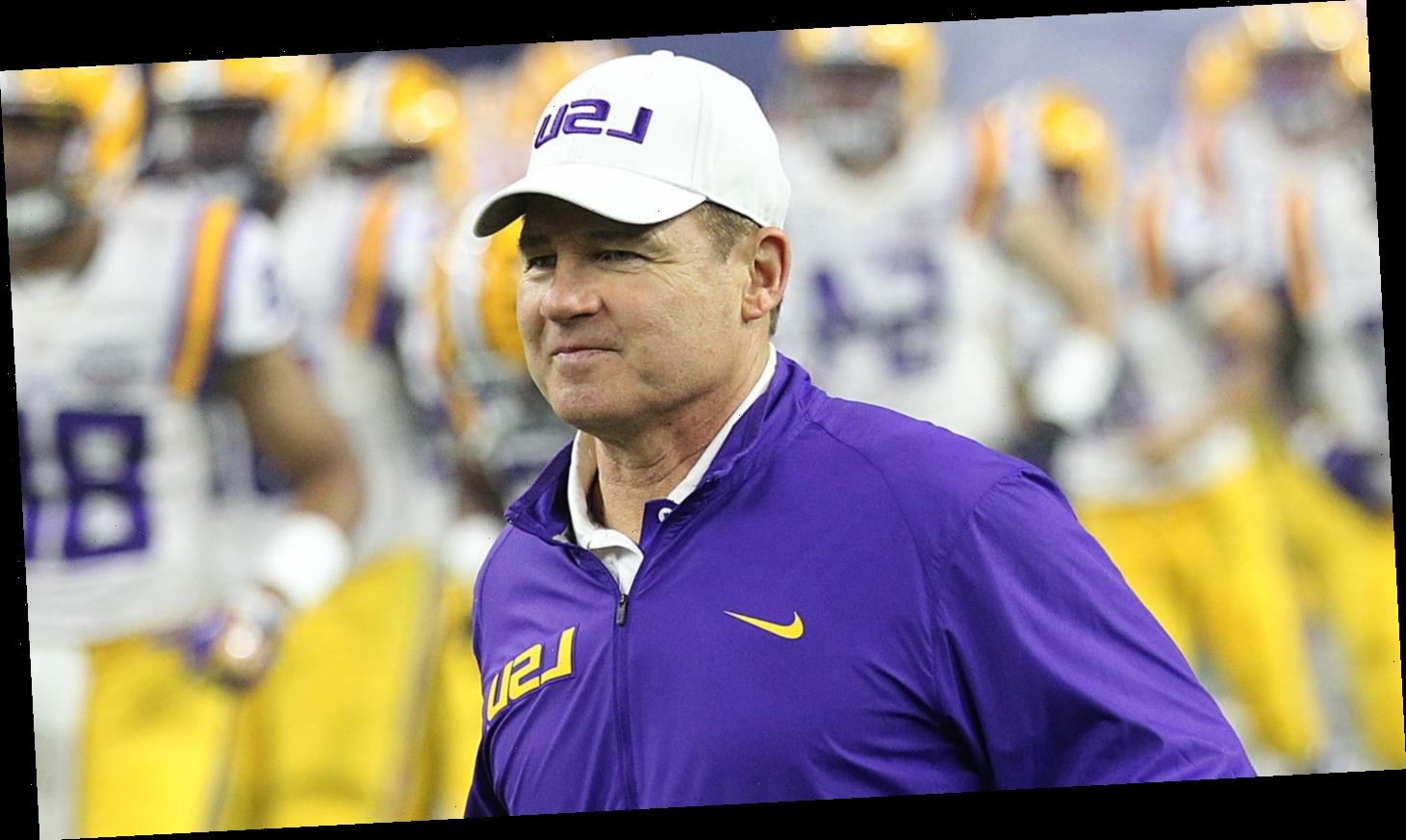 By the end of Friday, we had learned so much about what made the LSU football program work under Les Miles, how many compromises people were willing to make sure allegations against their coach never got enough oxygen to threaten the winning. It was a culture that ran through the football program at LSU, from how the personal conduct of the head coach was enabled to protecting players who had been accused of sexual misconduct through a web of systemic failures designed to discourage victims from coming forward.

And the grand number of people who had lost their jobs over it as of Saturday morning? Still zero.

Is it really this difficult to hold people accountable in college sports?

Though many of the people involved in LSU's failures are now gone from the school, its only moves toward accountability Friday were a 30-day suspension for Verge Ausberry and a 21-day suspension for Miriam Segar, two athletics administrators who directly mishandled allegations of sexual and domestic violence. In pretty much any other industry, they’d be fired without hesitation. In college athletics? Not so much.

Then there’s Kansas, which now employs the 67-year old Miles as its football coach. On Friday night, athletics director Jeff Long announced that Miles had been placed on administrative leave “as we conduct a full review to determine the appropriate next steps.”

At this point, putting Miles on administrative leave is merely a placeholder until the lawyers determine whether his inevitable departure is termed a mutual separation or a firing and how much he’ll take into retirement of the roughly $8 million he’s owed. He’ll never coach at Kansas or in college football again.

But after what we’ve learned about Miles in two separate investigations, he should have been ushered out of his office Friday right alongside his buddy Long, whose incompetence in hiring Miles in the first place should disqualify him from making any decisions about Kansas football going forward.

At this level of college sports, there are often tough, complicated personnel decisions that need to be carefully vetted. Sorry, but this doesn’t fall into that category. Four people should have been fired Friday. Instead, as of this moment, they all still have their jobs.

Even at this stage of the investigation, it’s probably not a surprise that LSU went to greater-than-necessary lengths to keep a pair of administrators who saw more value in protecting the football program from scandal than helping young women who desperately needed it.

As we know from basketball coach Will Wade still collecting a paycheck two years after “strong-ass offer” made it into the college sports lexicon, accountability isn't really LSU’s thing. Even after the contents of an FBI wiretap went public where Wade blatantly discussed recruiting violations, LSU threw up middle fingers to the NCAA and bathed in the sleaze all the way to the Sweet 16. When you combine that situation with what we now know they tolerated from Miles, it’s pretty clear what LSU’s priorities are.

At Kansas, though, there’s really no good reason to keep Miles or Long, who we know — thanks to a completely unrelated court proceeding — ran a sham coaching search in 2018 to bring in Miles without seriously considering anyone else.

It’s clear now that enough people at LSU knew about Miles’ alleged propensity for making sexual advances to female students and making inappropriate comments about the appearance of women working in the LSU football office that you can, in fact, blame Kansas for what it says it didn’t know.

Did this never come up in any of the supposed due diligence as Long closed in on hiring Miles? Did he even reach out to Alleva to check in on potential problems?

After all, if anyone was in position to be vigilant about coaches’ behavior toward women, it should have been Long.

Back in 2012, with Arkansas on the cusp of national championship contention, Long had to fire football coach Bobby Petrino for having an extramarital affair with an employee of the football program. The decision was a no-brainer. Not only was Petrino a massive human resources problem, putting the school in legal jeopardy, he had been deceptive at every turn in trying to cover it up.

It’s fairly remarkable to look back on the fawning media coverage Long received at that time for making such an obvious move. Of course Arkansas had to fire Petrino; there was really no other choice. But the press conference Long held in the wake of that decision made him a star in the college athletics world.

The elevated profile paid huge dividends for Long, who was subsequently named the first chairman of the College Football Playoff selection committee and got a massive contract at Kansas in 2018 even though his overall tenure at Arkansas was not particularly successful.

His one job at Kansas was to fix football. And he tried to do it by ginning up some NCAA violations on David Beaty so he could avoid paying a $3 million buyout, which became the subject of a lawsuit.

In a sworn deposition that became public last year, Matt Baty, who previously led Kansas athletics’ scholarship fundraising arm, claimed that he heard Long make sexually explicit remarks about an elderly female donor on one occasion. Baty also testified that Long had referenced getting a hotel room next to a female employee, which he understood to be an implicit sexual reference. Sound like anyone we know?

Furthermore, when Long was deposed, he couldn't even remember other candidates he interviewed for the job before hiring Miles. He identified two of them by the NFL teams they worked for and the other by “Todd Graham or Grantham,” which for the record are two separate people.

In other words, there’s really no evidence that Long intended to hire anyone but Miles, whom he had known since they worked together at Michigan in the late 1980s, or that he did the kind of basic background work that might have uncovered red flags.

The result is that Kansas football is as broken as ever with a coach on the way to retirement and an athletics director who should have never gotten that job now completely exposed as a failure and a fraud.

Everyone involved in this sordid story stretching from Baton Rouge to Lawrence should be out of college athletics. It's only been a day, but what's taking so long?