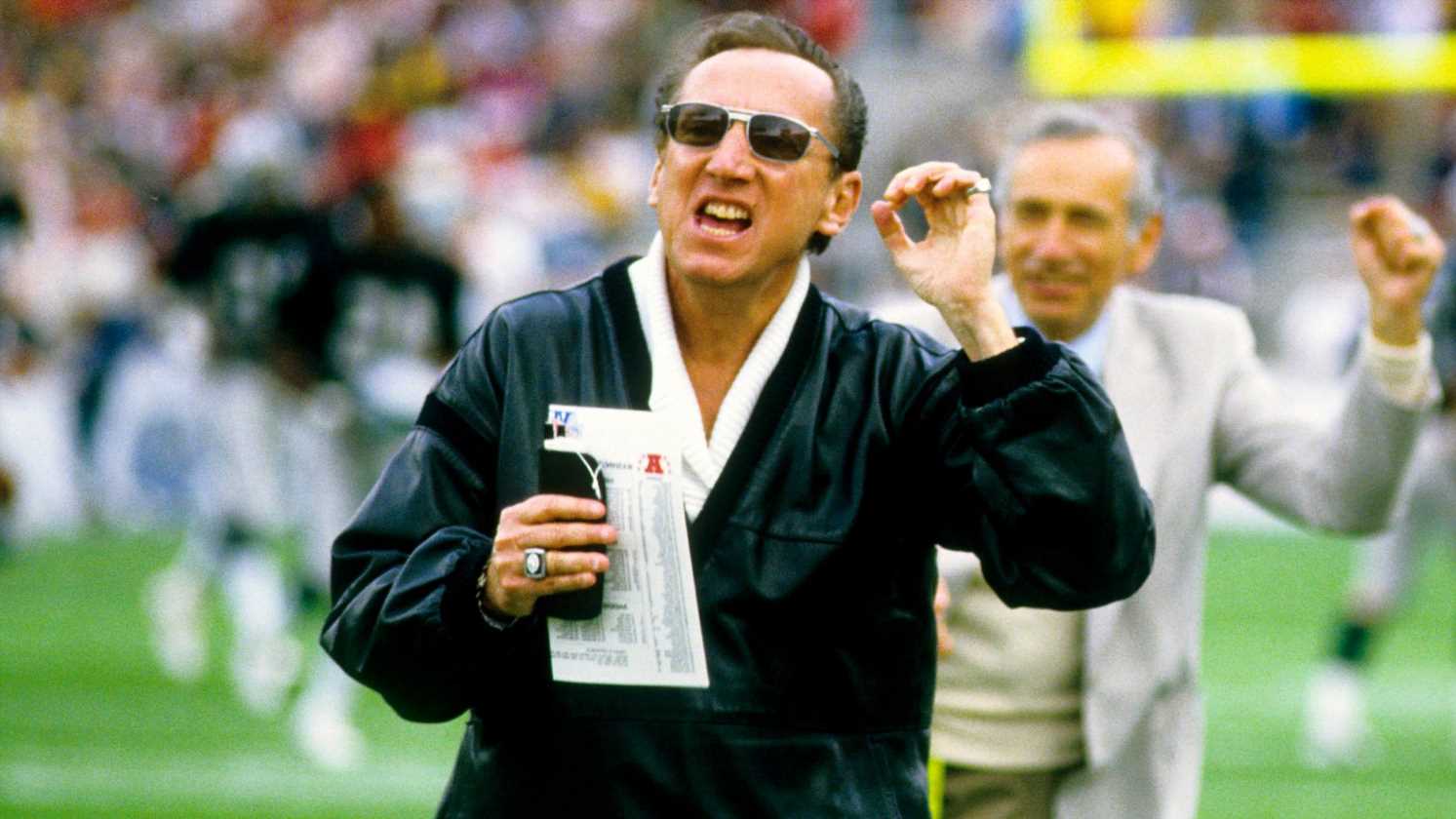 When defensive lineman Carl Nassib announced this week he was gay, becoming the first openly gay active NFL player in history, it was fitting that he did so as a member of the Las Vegas Raiders.

The Raiders hired the first Black NFL head coach in the modern era in Art Shell.

The Raiders hired the first Latino NFL head coach in the modern era in Tom Flores.

Nassib is the hero here and deserves all the accolades for his bravery. He made history. He changed the NFL world. He made things better for the LGBTQ community by giving an example others can follow. He did all of this. Not the Raiders.

Yet it's difficult to ignore that the team — under the late Al Davis, owner and builder of the Raiders into a progressive, Super Bowl champion — is part of another cultural first.

Former Raiders owner Al Davis was one of the most progressive owners in the NFL. (Photo: MPS-US PRESSWIRE)

The Raiders, for decades, have been the standard in the NFL for what diversity should look like among its leadership positions. The Raiders' locker rooms also had diverse thinkers and non-conformists like Ken Stabler and Gene Upshaw. The latter would become head of the union.

When a writer asked Upshaw at the end of one Raiders practice what it was like "having a girl working for the team," Upshaw replied: "She's not a girl, she's a Raider."

That's been the Raiders. For a long, long time.

Davis sought diversity before it was convenient, cool or message-tested. They did it because that's what you're supposed to do. It was that simple.

Would Nassib have come out if he were on another team? Obviously, it's likely he would have.

But Nassib had historical and structural girders in place on the Raiders that weren't present in other places. These foundations don't always just disappear. They can remain, and that's been the case with the Raiders. It's a credit to Davis' lasting legacy.

When asked if Nassib would be accepted in the locker room, Trask, who was an executive with the Raiders from 1997-2013, told USA TODAY Sports: "Every organization is different, every locker room is different. Carl is playing for an organization with a long history of diversity and inclusiveness.

"Going back many decades, Al hired without regard to race, gender, ethnicity and other individualities which have no bearing whatsoever on whether one can do the job. My expectation, and my hope, is that he will be accepted as a teammate in the locker room, and in the organization as a whole, and that he will be evaluated only on merit, as should be the case for all."

This doesn't mean, however, that the Raiders are perfect.

The team in 2019 signed offensive lineman Richie Incognito, a notorious bully accused of repeatedly using homophobic and racist language against then-Miami teammates, including Jonathan Martin. Incognito was signed about eight years after Davis' death. Davis was succeeded by his son, Mark Davis.

In 2014, the NFL launched an independent investigation of the bullying accusations against Incognito. The lead investigator, Ted Wells, stated as part of a 144-page report that Incognito and several other Miami offensive linemen repeatedly harassed Martin, as well as an unnamed offensive lineman and assistant trainer.

"The Report finds that the assistant trainer repeatedly was the object of racial slurs and other racially derogatory language; that the other offensive lineman was subjected to homophobic name-calling and improper physical touching; and that Martin was taunted on a persistent basis with sexually explicit remarks about his sister and his mother and at times ridiculed with racial insults and other offensive comments," Wells said in a statement.

The harassment of Martin was described in the report as possessing "many hallmarks of a classic case of bullying, where persons who are in a position of power harass the less powerful."

Martin also told his position coach, the report said, that he'd been depressed and contemplated suicide.

This is the irony of the Raiders' history. It's mostly beautifully lined with powerful moments of inclusion and diversity, all engineered by one of the most open-minded owners the league has ever seen.

Yet the team signed a disgraceful bully, and bullying is a significant cause of suicides among young members of the LGBTQ community.

In the end, the Raiders are far more Al Davis, far more about inclusion and tolerance, by a trillion miles, than they are Incognito.

They provided Nassib with a home that was years in the making by Davis.