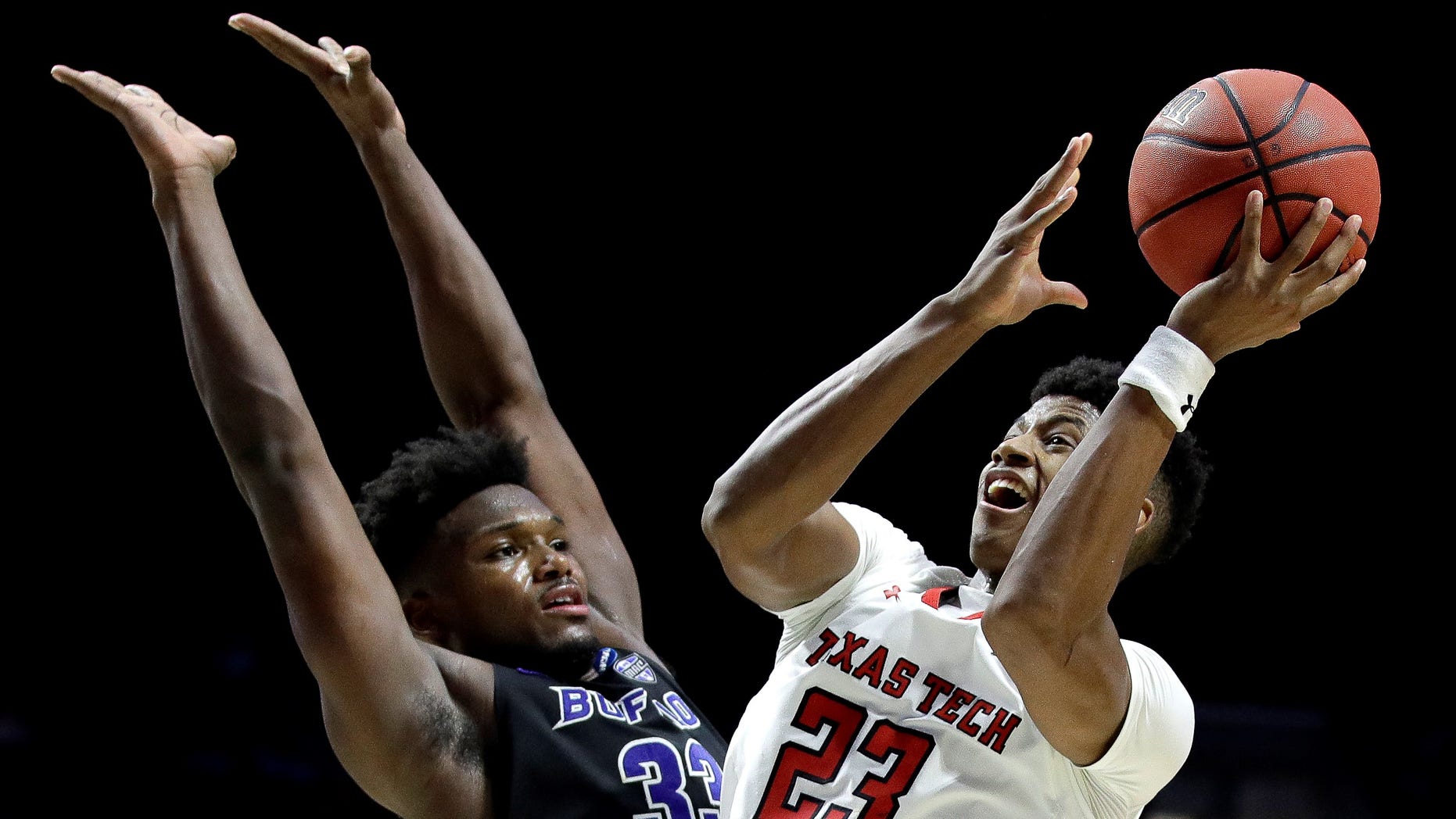 Texas Tech’s Jarrett Culver (23) shoots past Buffalo’s Nick Perkins (33) during the second half of a second-round men’s college basketball game in the NCAA Tournament.
(AP)

This year’s March Madness bracket has — so far — proved to be too easy for one individual.

NCAA.com announced Monday that only one perfect bracket remained across all major online bracket games as the 2019 NCAA tournament enters the Sweet 16 round. A player named “Center Road” beat out tens of millions of other brackets by accurately predicting 48 games in this year’s online bracket challenge, breaking the previous record of 39 correct games predicted in one bracket in 2017.

Quite impressive — but the owner will have to wait until Thursday to see if the winning streak continues.

Sunday started with two perfect brackets remaining. Both brackets had the same predictions — except for a game between the Buffalo Bulls and the Texas Tech Red Raiders.

“Center Road” selected No. 1 seed Gonzaga to win the tournament over No. 2 seed Kentucky. The owner will have to wait until April 8 to see if his predictions were correct.

NCAA.com said “Center Road” is the only bracket to ever enter the Sweet 16 unblemished in the five years the site began tracking brackets. It also tracked online brackets by ESPN, CBS, Yahoo, Fox and Sports Illustrated.