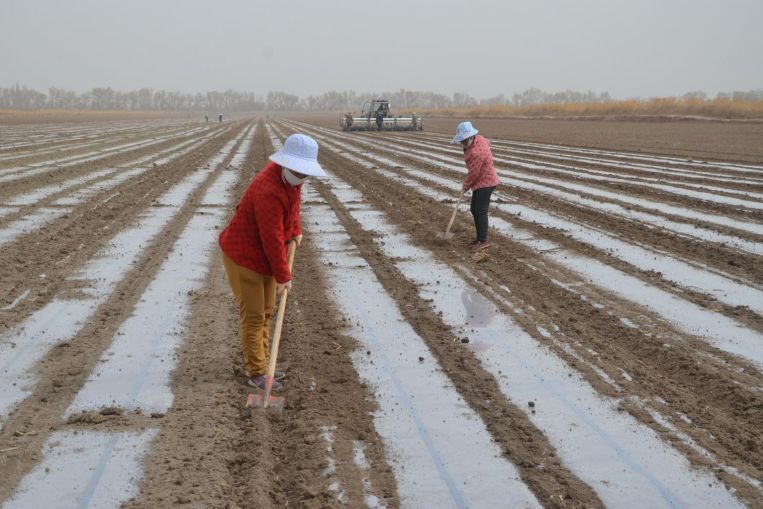 SYDNEY (AFP) – Australian Olympians became embroiled in the global row over Chinese forced-labour cotton on Wednesday (March 31) as the country revealed its uniforms for the upcoming Tokyo Games.

The Australian Olympic committee faced criticism as it rolled out ASICS-branded sportswear, with the company facing questions over its use of cotton from the Xinjiang region.

“I think athletes at the moment need to focus on what their job is, which is to get out there and compete for Australia,” he said during a press conference.

At least one million Uyghurs and people from other mostly Muslim groups are believed to have been held in camps in Xinjiang, in China’s northwest.

The United States has described the situation as genocide and banned all cotton from Xinjiang. Australia’s parliament is considering a similar move.

Several major fashion brands recently announced they would no longer use cotton from Xinjiang – for fear it has been produced by forced labour.

But ASICS was one of several firms – hoping to safeguard access to China’s vast marketplace – that initially responded to the allegations by vowing to “continue to purchase and support Xinjiang cotton.”

Nathan Ruser, a researcher at the Australian Strategic Policy Institute, was among the critics describing Australia’s use of ASICS sportswear as “disgusting and shameful.”

An ASICS spokesperson told AFP Wednesday that the initial company statement on Chinese social media was “unauthorised” and did not represent “our official corporate position on this matter.”

“We are fully committed to working closely with business partners to ensure human rights are respected and environmental standards are met at all times,” the spokesperson said.

The Chinese government has denied carrying out rights abuses but companies that have voiced concerns have been punished.

Chinese state-run tabloid the Global Times on Tuesday said ASICS had become “the latest target of a boycott by Chinese customers” and was facing “catastrophic losses” after backtracking on its initial statement.

China is one of the world’s largest suppliers of cotton, making up around one-fifth of the global total.

Almost 90 percent of China’s cotton comes is believed to come from Xinjiang.

“I don’t think any Australian athlete wants to wear a uniform produced by a company that is sourcing cotton from Xinjiang,” Elaine Pearson, Australia director for Human Rights Watch, told AFP.

“This is a test case for companies like ASICS about how committed they are to upholding human rights principles,” she said.

“They should do their due diligence and be transparent in reporting about their supply chain.”

“The Chinese government is showing its true colours by pressuring companies to be complicit in abuses rather than working to end violations against Uyghurs and other Turkic Muslims,” Pearson added.