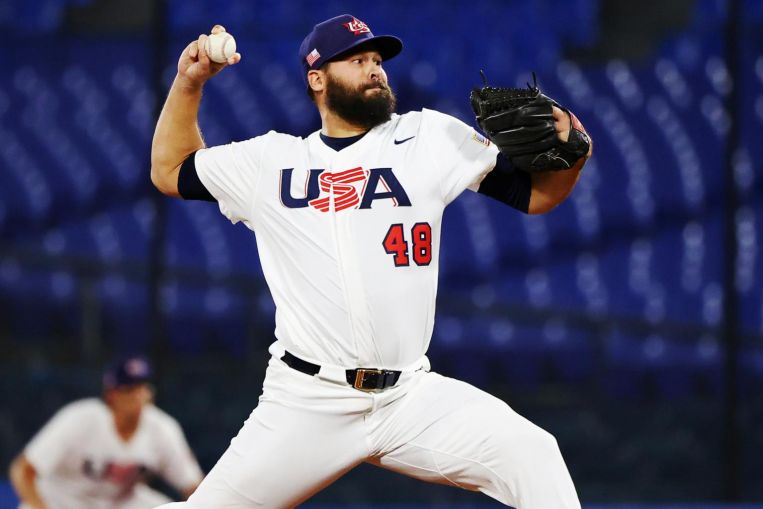 The title match-up will for the first time feature the two most populous baseball-rabid countries, cementing shifts since the sport last appeared in the Olympics in 2008.

Three-time gold medallists Cuba have lost star power to other countries, failing to make the six-team Games tournament, while Japan have grown ever stronger and the United States found new hunger by adding veterans with nothing to lose to a roster of minor leaguers.

Thursday’s loss sends South Korea to the bronze-medal game against the Dominican Republic on Saturday.

South Korea used five different relievers in a momentum-killing sixth inning. They had scored their first run moments before to pull within one at 2-1.

Mark Kolozsvary, Jack Lopez and Tyler Austin slashed run-scoring singles and Eddy Alvarez added another run on a fielder’s choice as the US rally built a commanding 7-1 lead.

Seven of the nine U.S. hits were singles, accounting for most of their runs.

The big exception was Jamie Westbrook’s fourth-inning solo home run, which soared to the second deck of seats that had been added to Yokohama Baseball Stadium for the Games, snapping his 0-for-7 hitting streak.

South Korea starter Lee Eui-lee, 19, struck out nine with confounding breaking pitches that dropped US batters to a knee.

He left the game with his team trailing 2-1.

The Korean squad have had some late-inning magic during these Games, scoring a total of 18 runs after the fourth inning.

But on Thursday, that golden rally never came.