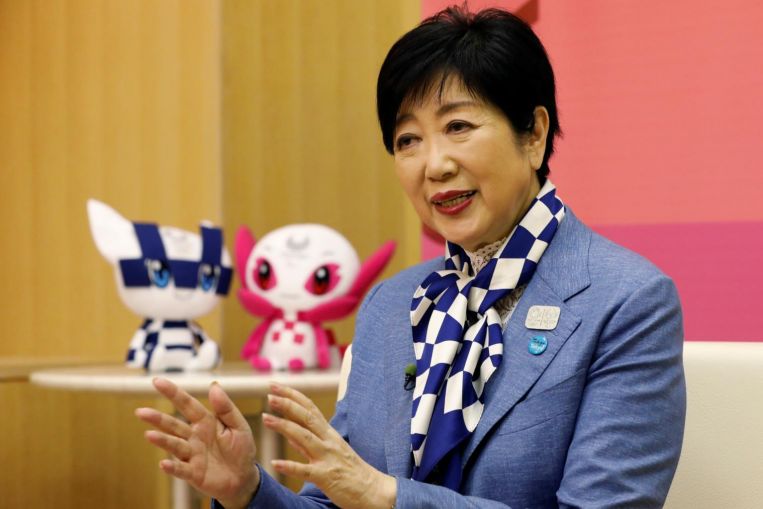 TOKYO (Bloomberg) – Tokyo Governor Yuriko Koike sees the virus-delayed Olympics becoming a “beacon of hope” for the world to find its way out of the coronavirus pandemic.

With the Tokyo Olympics set for a July 23 opening ceremony, Koike said in an interview with Bloomberg Television on Thursday (July 15) that it is “vital to make preparation to provide a safe and secure environment for all.”

The comments come as infection numbers this week reached highs in Tokyo not seen for months and stoked worries about hosting a global sports spectacle during a pandemic.

“The Tokyo 2020 Games amid this global pandemic is an extremely significant event, which will serve as a beacon of hope as the world unites to confront the problems caused by Covid-19,” Koike said.

She added the event will also celebrate diversity and “be the most gender-balanced games in history.”

A key measure for the games will be how well the athletes perform, Koike said. “The success of the games lies in the excitement and emotion created by the competition of the athletes.”

The central government reimposed a state of emergency over the coronavirus this week in Tokyo that will run through the Olympics as recorded infections in the capital hit 1,149 on Wednesday, the highest since January.

A large block of the Japanese public wants the Olympics to be called off on fears it could become a super-spreader event in a country with a vaccination rate that ranks lowest among the Group of Seven powers.

Prime Minister Yoshihide Suga and International Olympics Committee President (IOC) Thomas Bach, currently in Japan, have said safety measures are in place and are working. Bach told reporters in Tokyo on Wednesday about 85 per cent of the residents of the Olympic Village will arrive in Japan vaccinated and almost 100 per cent of the IOC members and staff will be immunised as well.

The Tokyo Games will be the first held without spectators since the modern Olympic movement started in the late 19th century. The stakes are enormous for Suga whose political fortunes are closely tied to a successful event and for the IOC, which faces scrutiny on whether it may be putting the money that comes with the event ahead of public health.

Koike’s strong stand to impose public safety measures during the pandemic has seen her support rate far exceed that of Suga’s, which hit a record low of 33 per cent in a survey carried out by public broadcaster NHK between July 9-11. Many respondents said they see faults with his government’s virus management.

Koike has a complex relationship with the ruling Liberal Democratic Party, of which she was a senior member since she dropped her parliamentary seat to run for Tokyo governor in 2016 and formed a party called Tokyoites First. The group lost momentum after her failed attempt to merge opposition parties and topple then-Prime Minister Shinzo Abe in 2017. She now acts as adviser to the party, rather than leader.

When asked whether she may return to national politics, Koike said her attention for now is elsewhere.

“I am so dedicated to the people of Tokyo because we are now facing the Covid-19 pandemic and also to carry out a successful Olympic and Paralympic. This is my duty and my mission,” she said.