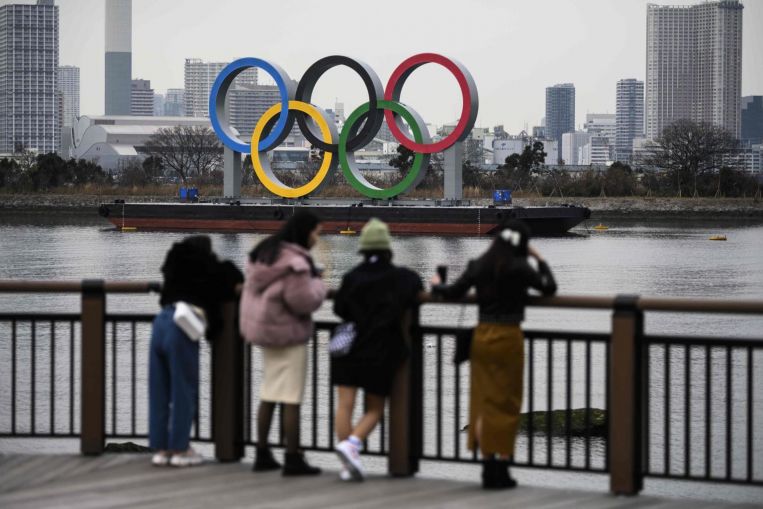 TOKYO (AFP, REUTERS) – Overseas fans will be barred from this year’s pandemic-postponed Tokyo Olympics because of ongoing coronavirus concerns, the organisers announced on Saturday (March 20).

“In order to give clarity to ticket holders living overseas and to enable them to adjust their travel plans at this stage, the parties on the Japanese side have come to the conclusion that they will not be able to enter into Japan at the time of the Olympic and Paralympic Games,” the Tokyo 2020 organising body said in a statement.

Olympic and Paralympic tickets purchased by overseas residents will be refunded, according to the statement released following a five-party meeting including the head of the IOC, Thomas Bach, and Tokyo Governor Yuriko Koike.

“It’s very unfortunate,” she said of the decision to reporters after the meeting, but added that the conclusion was “unavoidable” given that the main priority for holding a successful Games would be the health of the athletes and the Japanese public.

The Olympic Games, postponed last year due to the pandemic, are now scheduled for July 23 to Aug 8, and the Paralympics from Aug 24 to Sept 5.

Earlier on Saturday, Kyodo news service also reported that the organising committee is leaning towards barring foreign volunteers from helping at the Games.

Media polls show that a majority of the Japanese public are wary about letting in international spectators to watch the Games as the country grapples with the tail-end of a third wave of the pandemic.

Sources told Reuters earlier this month that the Japanese government has concluded it will not be able to allow spectators from abroad.

The Beijing 2022 organisers, meanwhile on Saturday released the latest version of the competition schedule for the Paralympic Winter Games, with the first gold to be won in para Alpine skiing downhill.

The new update was released following approval by the IPC, and is still subject to change as preparatory work progresses.

The world wheelchair curling championships are scheduled to be held in Beijing in October 2021, subject to agreement between the IPC, the World Curling Federation and the Beijing 2022 organising committee.

The final decision over the event will be made three months beforehand after evaluating the coronavirus pandemic and associated restrictions on international travel.

Test runs for snow sports were completed in February, and those for para ice hockey and wheelchair curling will be held in April, all of which are restricted to domestic athletes given Covid-19 considerations.