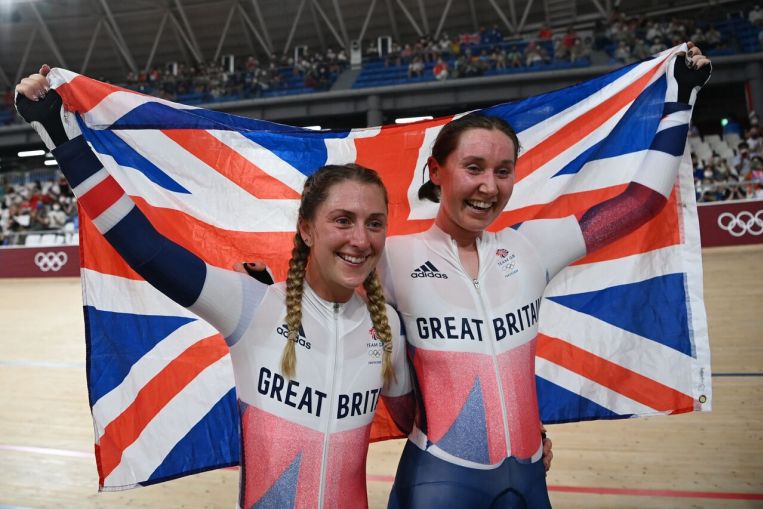 Kenny and Archibald, now a two-time Olympic champion, won 10 of the 12 sprints to finish on 78 points, 43 clear of Denmark’s Amalie Dideriksen and Julie Leth, who took silver with 35 points.

The Russian Olympic Committee’s Gulnaz Khatuntseva and Mariia Novolodskaia took the bronze with 26 points after 120 laps of the Izu Velodrome.

The British duo got ahead early in a frantic race and their points advantage grew as main rivals the Netherlands were involved in a crash with 70 of the 120 laps remaining.

Kenny and Archibald, taking turns around the 250m oval to hammer out a relentless pace, kept picking up points in the sprints every 10 laps and the only question was who would come second.

The 29-year-old Kenny finished off the race in style, racing over the line to claim 10 points for winning the final sprint.

She also becomes the first British woman to win five gold medals, joining Bradley Wiggins and rower Steve Redgrave on the country’s all-time list, only one behind her husband Jason Kenny and Chris Hoy.

The duo claimed the team sprint gold together, but were facing off for the third straight global championship individual final.