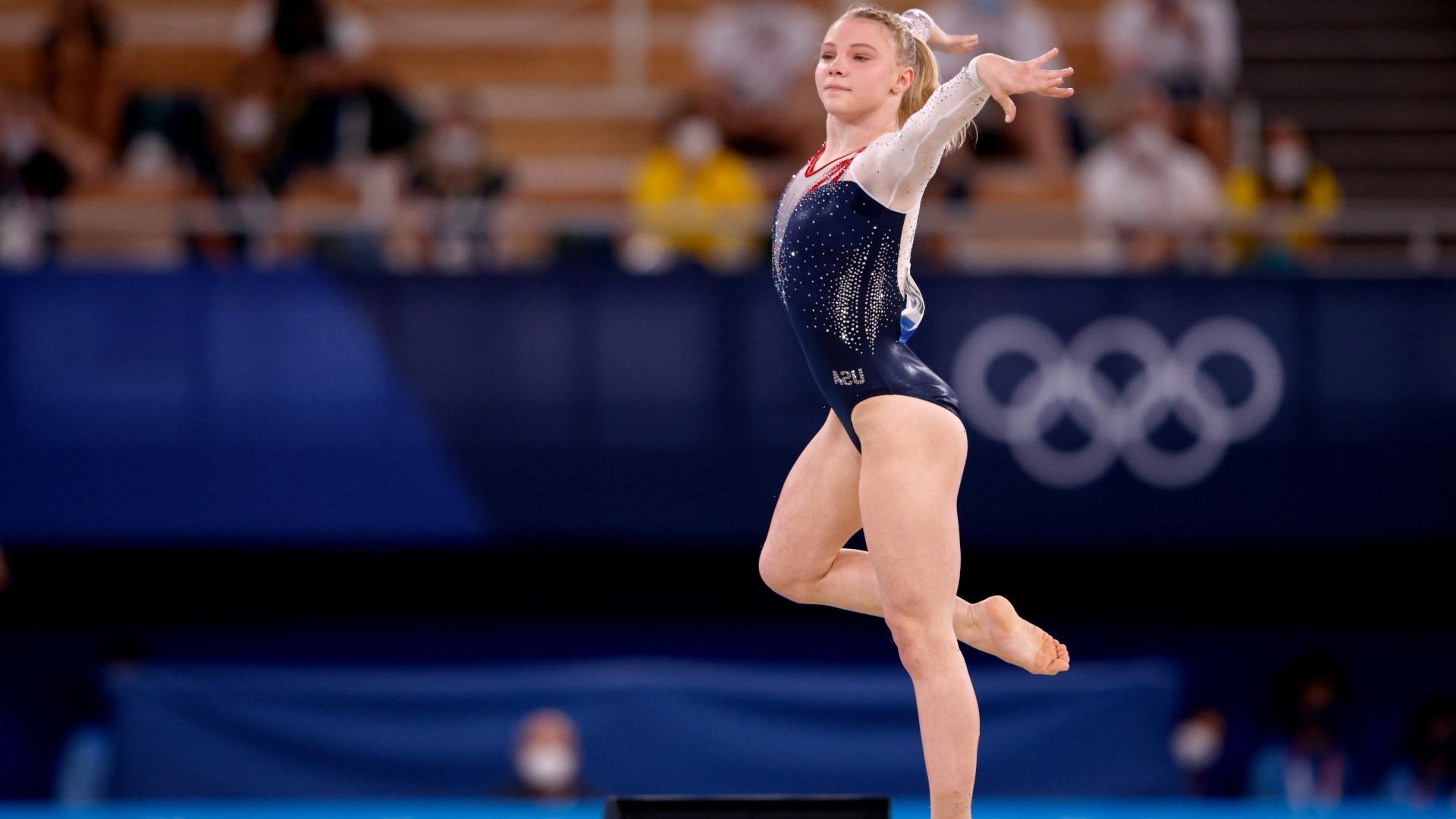 Entering Monday, Jade Carey was the only member of the U.S. women’s gymnastics team without a medal to her name. By the end of the day, she had joined her teammates as medal winners and took advantage of her golden opportunity.

Carey won a gold medal for Team USA while participating in the floor exercise final. She was the United States’ lone participant in the event in the wake of Simone Biles’ withdrawal and managed to stave off tough competition from the field. Six of the eight participants in the event scored a 14 or higher on the floor, but it was Carey’s 14.366 that led the way.

The 21-year-old gymnast’s victory was a nice piece of redemption for her after she stumbled during the individual vault finals. Carey misstepped going in for her first vault and was forced to protect herself from injury. She pulled off a basic Yurchenko tuck and came out unscathed.

Unfortunately, the stumble took away the vault and floor specialist’s chances of medalling during that event. She finished last of the eight-woman field.

But on Monday, she made no such error. She executed her floor routine to near perfection, and called it “the best floor routine I’ve ever done in my life.” You can see part of her effort below via Peacock.

Carey’s 14.366 mark was better than her score from qualifying and pushed her ahead of Italy’s Vanessa Ferrari in her quest for gold. She was able to celebrate her sublime routine and victory with her father and coach, Brian Carey.

Ferrari managed to win the silver medal with a score of 14.200. It was an impressive effort from the 30-year-old, and her performance drew an ovation from those on hand at the Ariake Gymnastics Centre.

Meanwhile, Japan’s Mai Murakami and ROC’s Angelina Melnikova ended in a tie for third place. Both had identical difficulty and execution scores and as such, both were awarded the bronze medal.