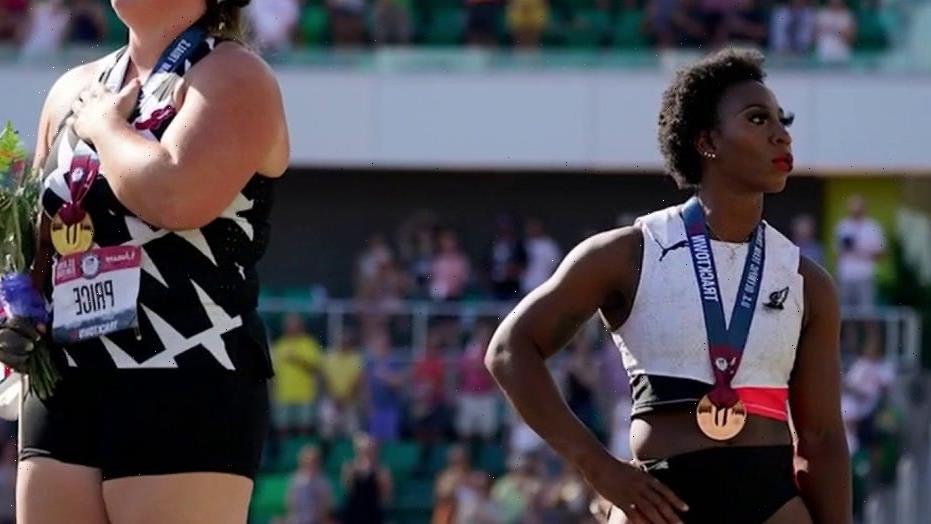 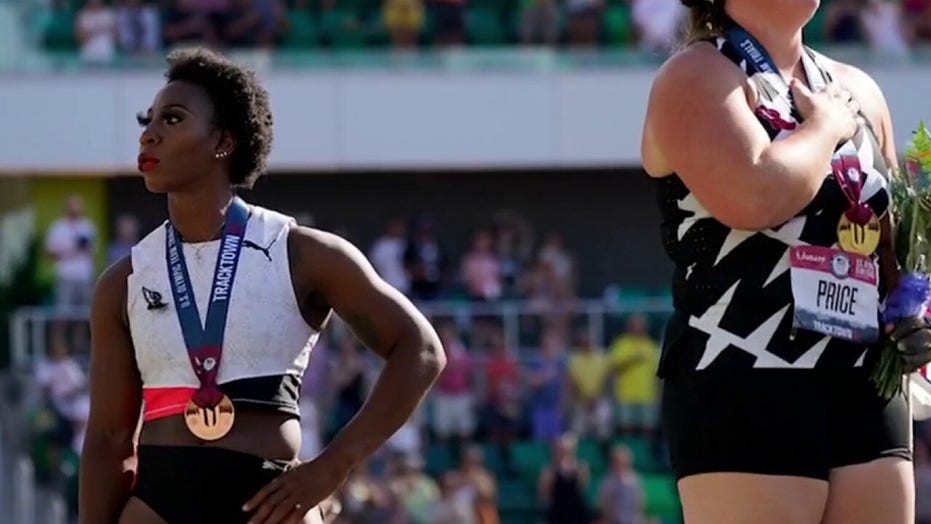 White House defends Olympian who turned her back on the flag

Gwen Berry – who is set to represent Team USA later this month at the Tokyo Games after finishing in third place in the hammer throw at track and field trials last weekend – is back in the spotlight after problematic tweets have been uncovered.

Based on tweets posted to her verified account, some being decades old – which were still public as of publication – she has tweeted the R-word extensively, made facetious threats to stomp a child, made jokes about rape, offered commentary on White people and made generalizations about Chinese people.

Berry initially came under fire on Saturday for turning her back to the American flag while the national anthem played. She also draped a shirt that read “Activist Athlete” over her face. 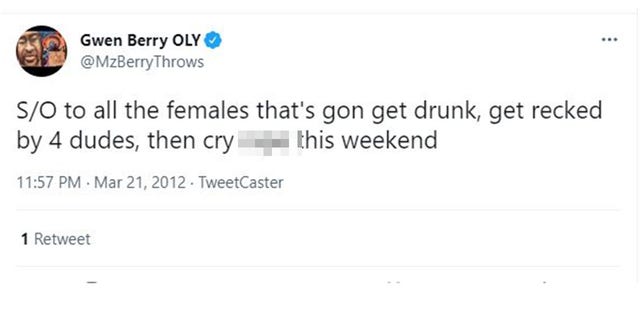 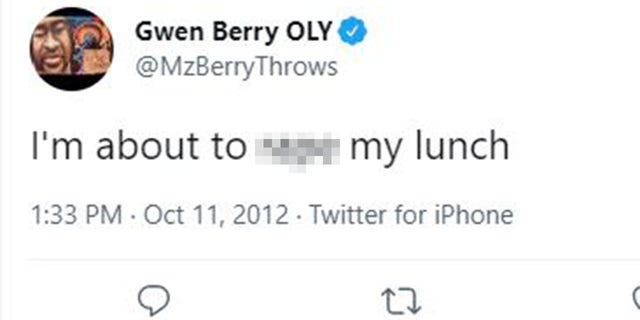 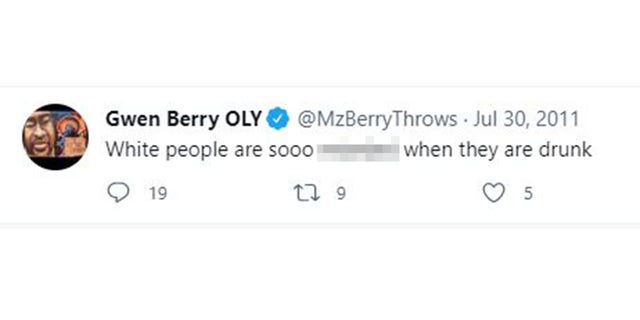 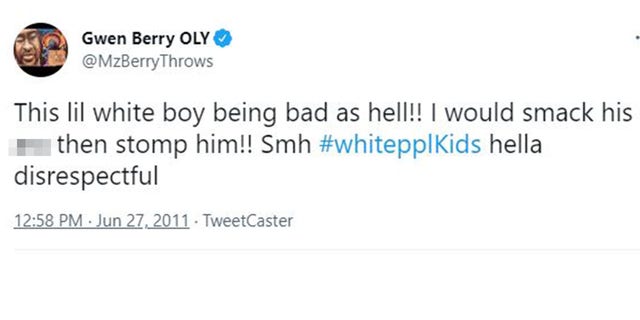 Berry has been one of the athletes who has protested during Team USA events. Last week, she raised a fist before one of her completions and was later scrutinized over the anthem.

On the playing of the anthem, Berry said she felt like she was set up. She claimed she was told that the anthem would be played before she took the podium.

“They had enough opportunities to play the national anthem before we got up there,” Berry said, according to The New York Post. “I was thinking about what I should do. Eventually I stayed there and I swayed, I put my shirt over my head. It was real disrespectful.”

“They said they were going to play it before we walked out, then they played it when we were out there,” she continued. “… But I don’t really want to talk about the anthem because that’s not important. The anthem doesn’t speak for me. It never has.” 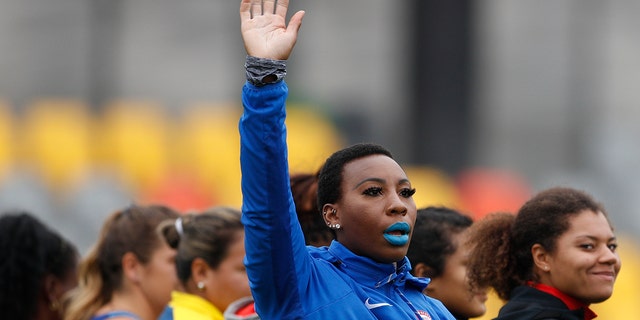 In this Aug. 10, 2019, file photo, Gwen Berry of the United States waves as she is introduced at the start of the women’s hammer throw final during athletics competition at the Pan American Games in Lima, Peru.
(AP Photo/Rebecca Blackwell)

A spokesperson for USA Track and Field disputed Berry’s claim that it was a setup.

Berry asserted in an interview with Black News Channel that she never said she didn’t want to represent the U.S. at the Olympics and never said she hated this country.

“I never said that I didn’t want to go to the Olympic Games, that’s why I competed and got third and made the team,” Berry said.

“I never said that I hated the country. I never said that. All I said was I respect my people enough to not stand for or acknowledge something that disrespects them,” she said.” I love my people. Point blank, period.”

As far as protesting during the Olympics, Berry said she’s still considering it.

Berry is not the only national figure to be under fire over past tweets. Megan Rapinoe and others have been scrutinized for things they’ve said or done on social media in the past.