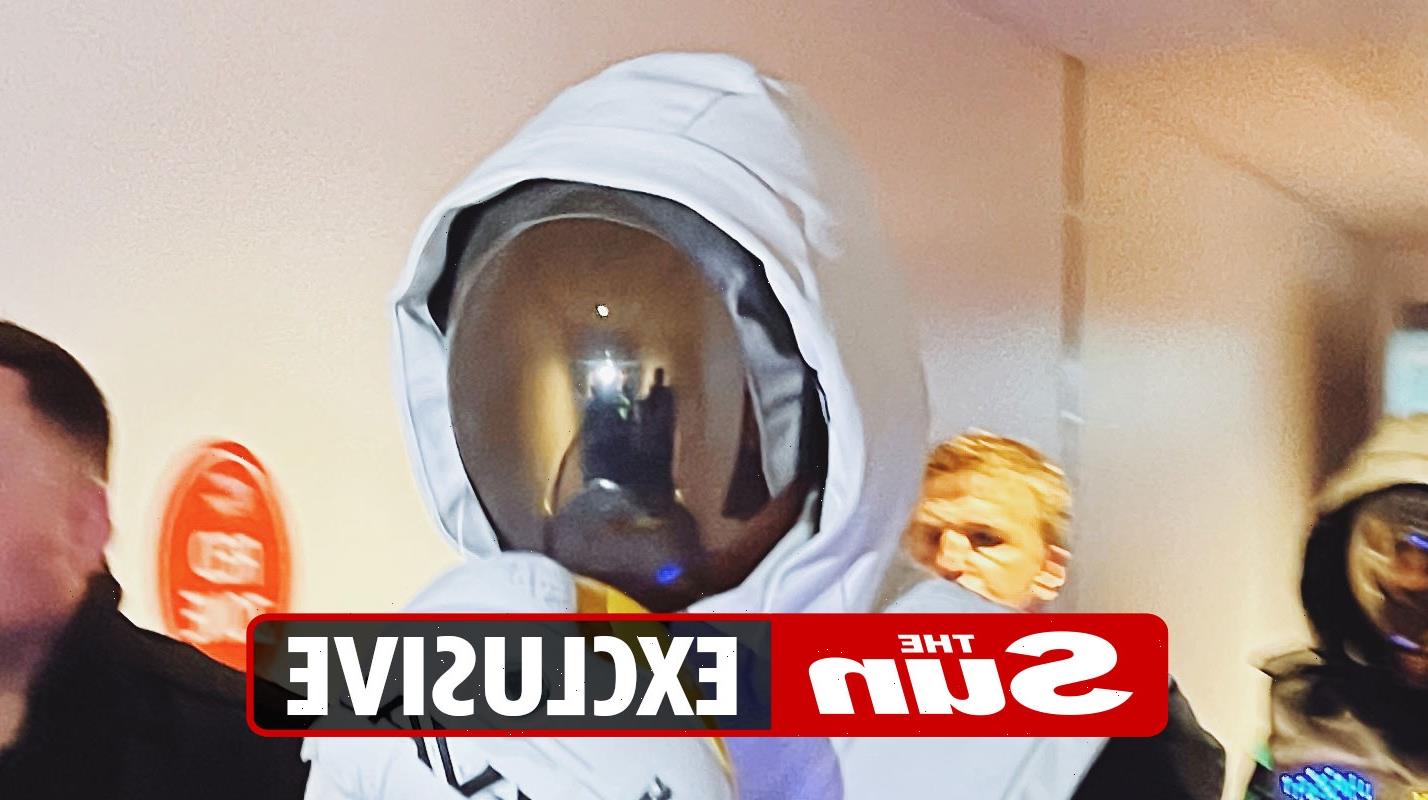 OLEKSANDR USYK’S spooky space-age kit helped him get the edge over Anthony Joshua and produce an out-of-this world performance, according to its makers.

Before the 31-year-old Watford ace worried his fans with a bizarrely relaxed ring walk last Saturday, Usyk, 34, arrived like a laser-focused astronaut with a futuristic helmet helping him ignore the 60,000 AJ fans who booed his Ukraine national anthem and entrance. 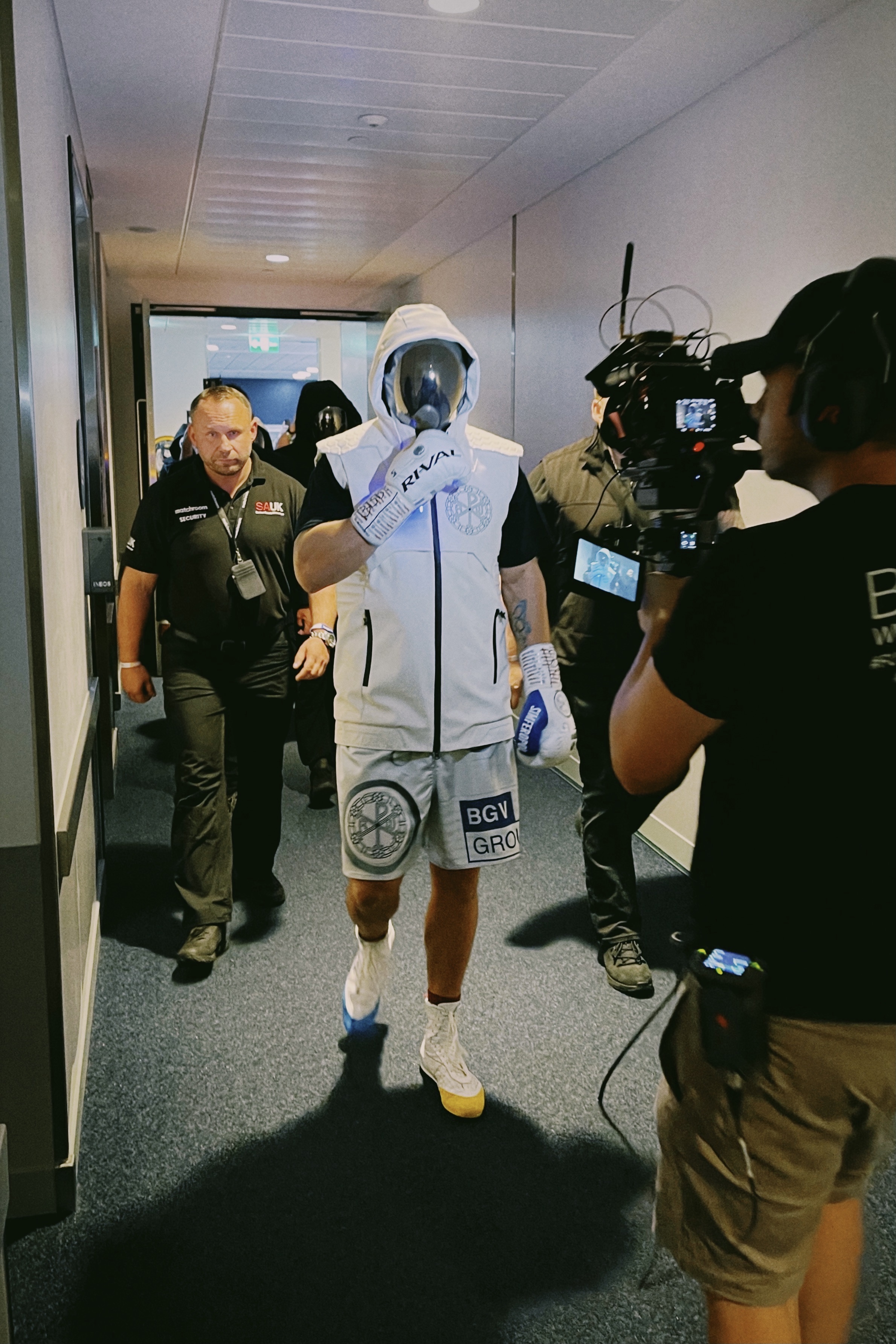 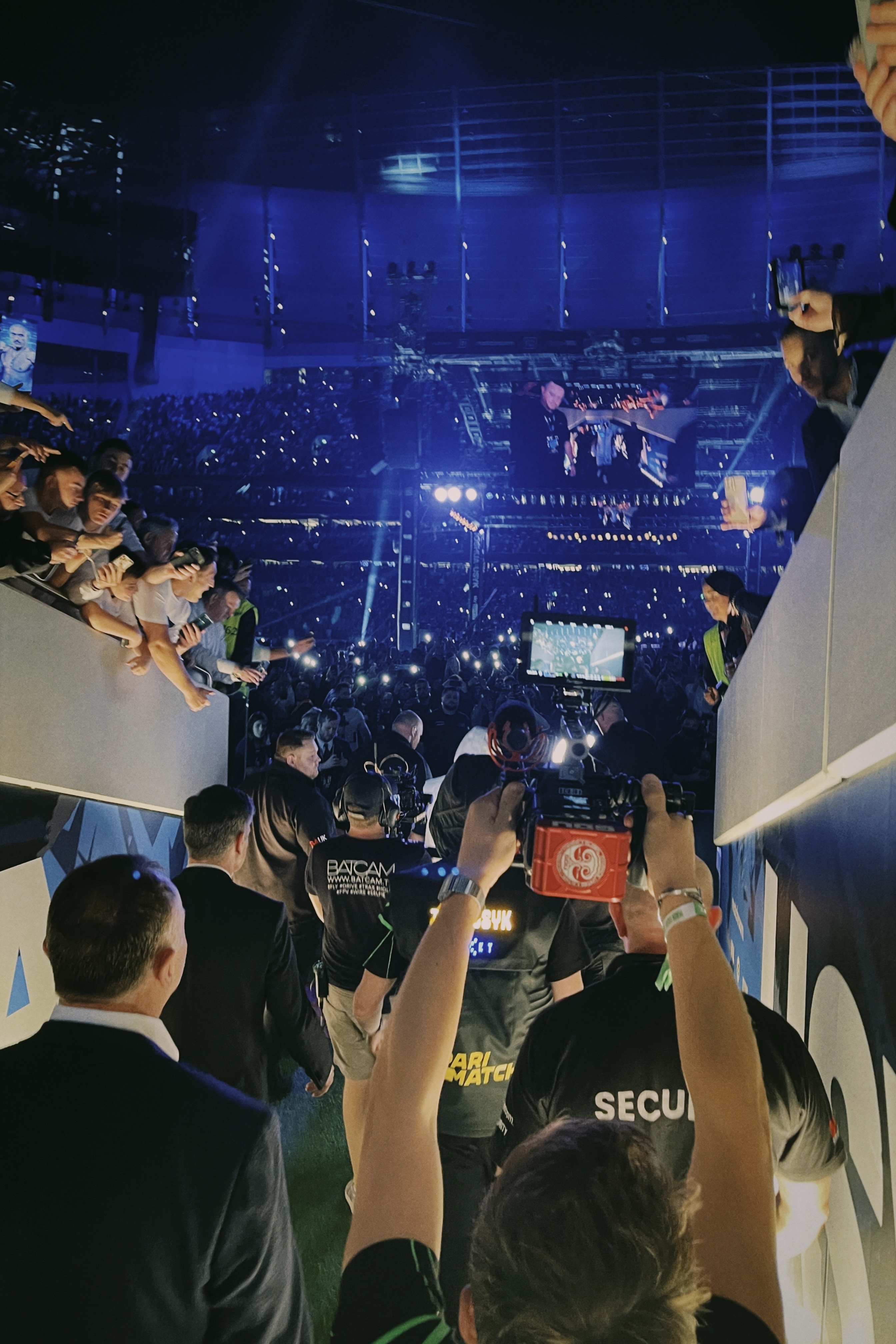 And JAXET, the Ukraine-designers behind the state-of-the-art apparel, have explained to SunSport how their unique fashion-technology blend might have helped their martian-like marvel get the edge.

The brand’s boss and long-time Usyk friend Artur Mkhitaryan told SunSport: “The first time Oleksandr tried the jacket on, he said he felt as if he was wearing armour, strong yet incredibly comfortable.

“That’s why we think he felt like a superhero ready for the fight. The lens itself is mirror-coated but does not impair one’s vision.

"Exactly as we planned, it is meant to draw the line between the inner universe of the person and outer world.

"So whenever it’s necessary, the lens can help you get a grip and concentrate.

“We don't want to comment on Anthony's entrance, he’s an amazing sportsman and we believe that focus and concentration can come in different forms.

“But we do hope that for Oleksandr JAXET worked as an additional boost and support to his confidence, especially considering that he was well prepared and put a big effort in getting ready for the fight.”

Making high-profile boxing kit is not the easy-earner it once used to be, thanks to heavyweight diva Deontay Wilder.

The Bronze Bomber blamed the February 2020 battering he suffered at the heavy hands of Tyson Fury on the extravagant and apparently 2st 8lbs costume LA designers Cosmo and Donato generously made for him.

The twig-legged KO artist said the battery-operated outfit drained all his energy before his Sin City surrender, so JAXET did plenty of research to make sure they gave Usyk the perfect leg up, head to toe.

“We knew about the (Wilder) story, but we also knew that the unity of style, security and comfort is in the DNA of our brand,” Mkhitaryansaid.

“So we listened carefully to Oleksandr’s feelings in JAXET and discussed in detail any adjustments needed to make it work best for him.

“With that in mind, we’ve also created the shorts and shoes upon his request.

“And we’re extremely proud that he entrusted us with the production of such an essential part of his outfit that bears critical importance due to its functional role.”

The first time Oleksandr tried the jacket on, he said he felt as if he was wearing armour, strong yet incredibly comfortable. That’s why we think he felt like a superhero ready for the fight.

Eccentric Usyk landed in London with a shaved head and new moustache, in honour of his Cossack warrior ancestors, and turned up to Thursday’s press conference as Joaquin Phoenix’s terrifying version of Batman villain Joker.

But social media went most crazy when he made his march through the Tottenham stadium looking like Neil Armstrong and quickly started making giant leaps toward becoming the WBA, IBF and WBO champion.

“The lens is our patented invention,” Mkhitaryan added. “It is smartly integrated into the hood so that it’s invisible when pulled up.

“It protects from UV and the negative environmental impact.

“All jackets from JAXET include such a lens, and it was fully aligned with Oleksandr`s vision on his Tottenham entrance. Oleksandr has fully trusted us in the development process.

“We presented the jacket to him during our first meeting and further adjusted it to Oleksandr’s walk to the fight, bearing in mind the specifics of the event.”

The JAXET phone has been red-hot since their star model wowed on the London canvas.

But the brand remains eager to rearm Usyk with another suit of armour that will help him do the double of AJ.

Mkhitaryan revealed: “We have a long-term innovation pipeline and we’re now negotiating new partnerships with other celebrities and influencers.

“We do receive a lot of inquiries from celebrities and sportsmen now after Oleksandr’s entrance.

“If Joshua’s up for a rematch, we’d definitely love to think of one more perfect JAXET outfit for Oleksandr’s big fight.” 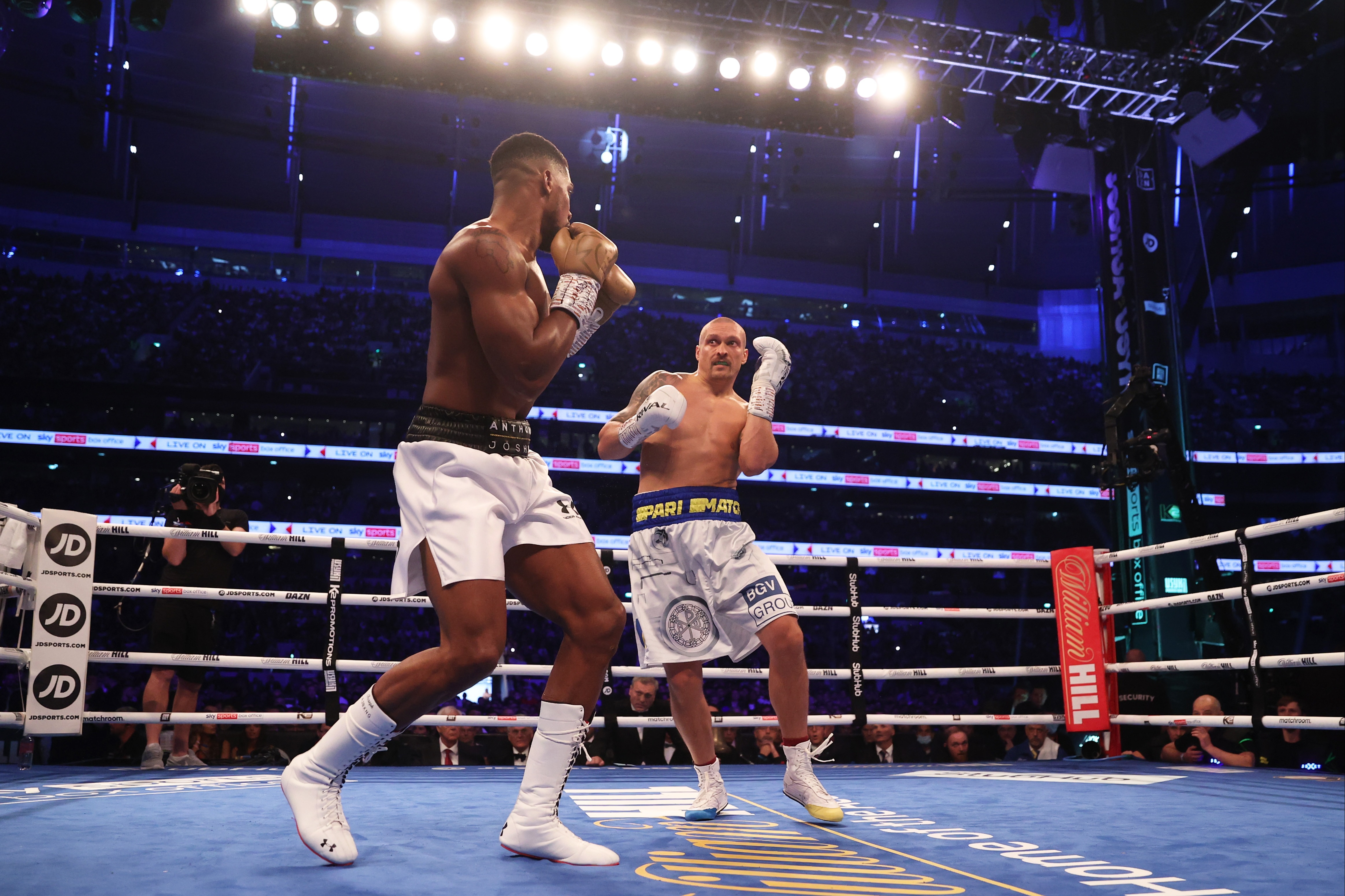