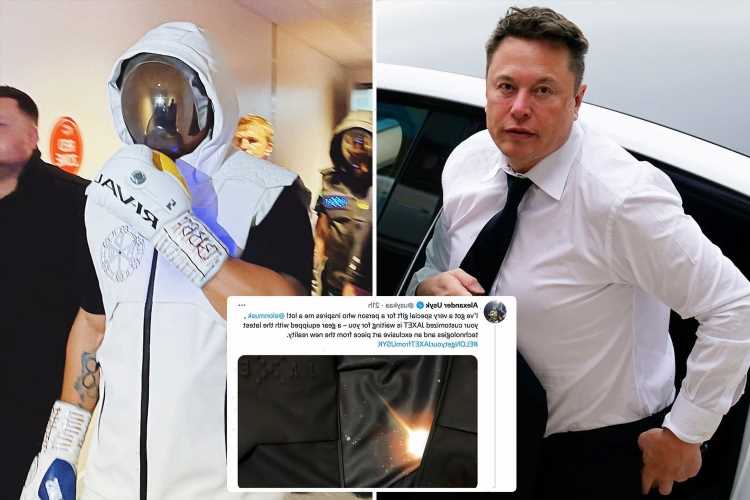 OLEKSANDR USYK has offered Elon Musk the space-inspired ring walk helmet he wore before beating Anthony Joshua as a gift.

On the night Usyk was out of this world thanks to his astronaut-like focus, he made his entrance wearing a custom made jacket and space helmet. 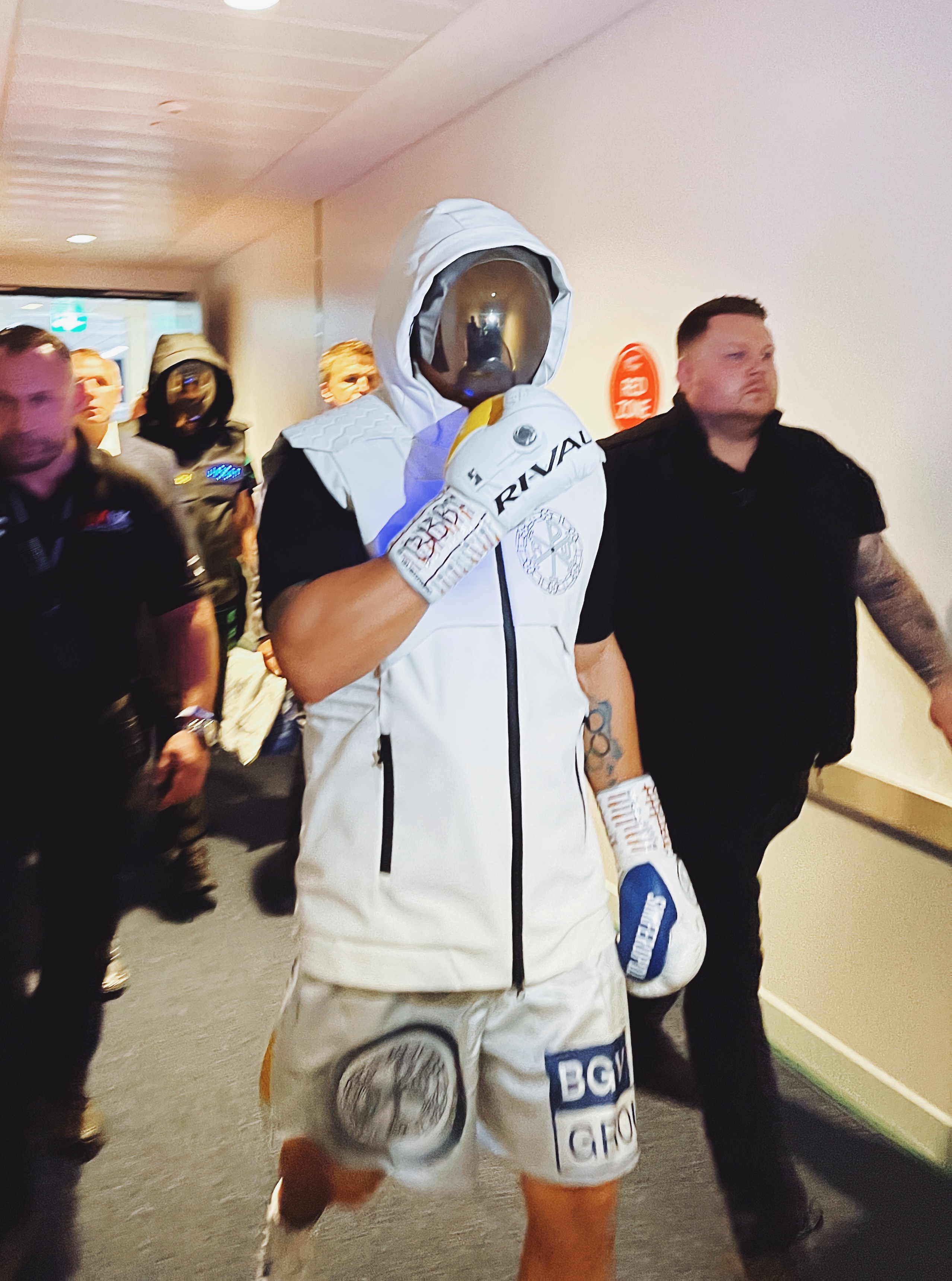 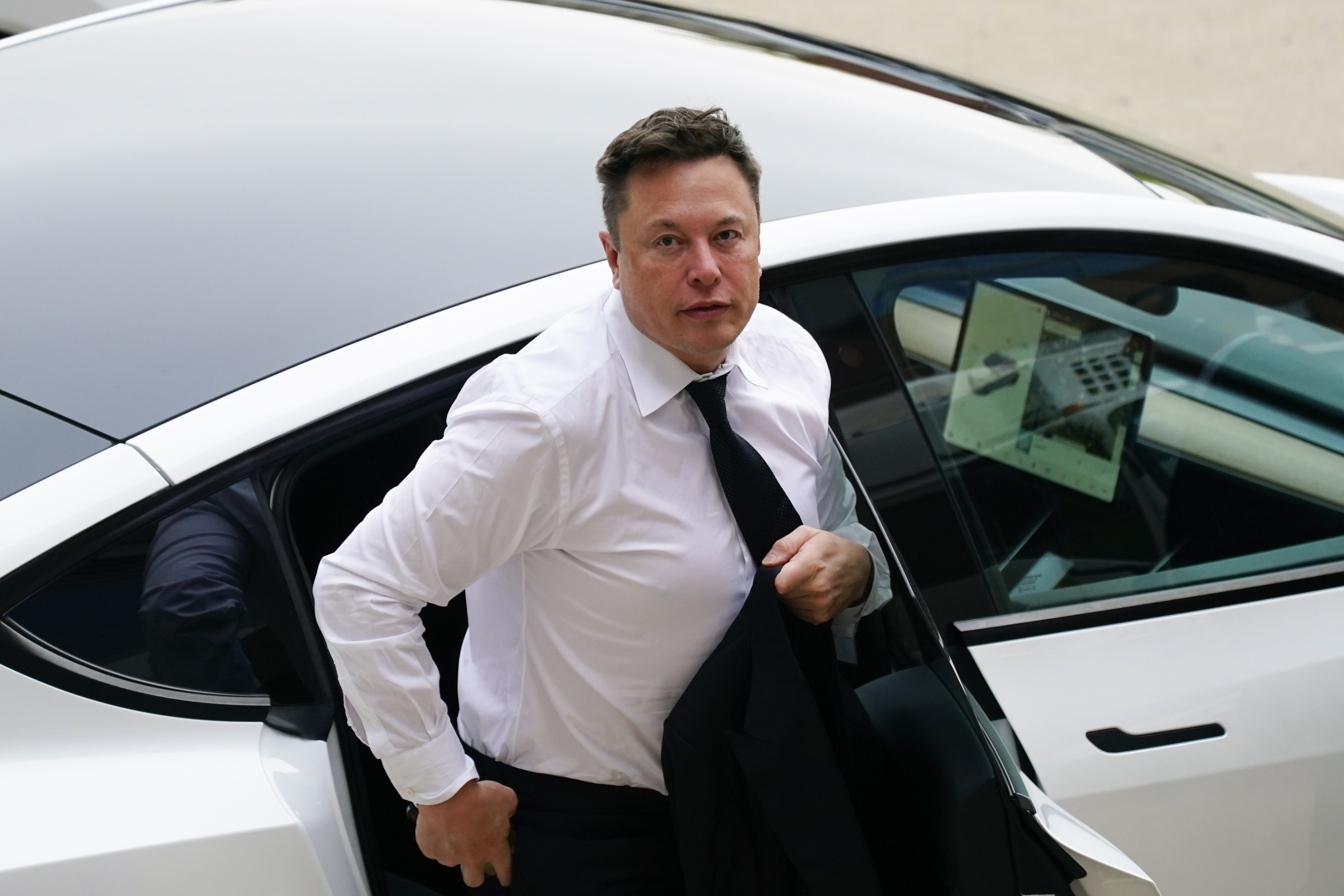 After blowing AJ away with a 12 round clinic, the Ukrainian called on billionaire Musk – who owns aerospace manufacturer SpaceX – to come and collect the boxing attire.

Usyk tweeted: "I’ve got a very special gift for a person who inspires me a lot!

"@elonmusk , your customized JAXET is waiting for you – a gear equipped with the latest technologies and an exclusive art piece from the new reality.

"Let’s express our respect to the superhero of the new world together and invite Elon to pick up his gift by sharing hashtag #ELONgetyourJAXETfromUSYK @elonmusk."

Usyk, 34, was all business as he marched to the ring in his space suit before Joshua, 31, lit the place up with a firework display.

But the British superstar surrendered his unified belts after falling victim to a tactical masterclass.

Joshua has already confirmed plans to exercise his right to an immediate rematch.

And Usyk continued his space obsession when sending out a warning to Tyson Fury and AJ.

Asked by iFL TV if he wanted to face WBC champion Fury, 33, for the undisputed title, Usyk said simply: “Of course.

"And I’ll fight (Anthony Joshua) even in space.”

Usyk also called to have his rematch with AJ in front of Dynamo Kyiv and Shakhtar Donetsk's 70,000-seater home in Ukraine.

But promoter Eddie Hearn admitted Joshua's date with destiny is likely to be back at home in front of AJ's British faithful.

Hearn said: "We will work together to maximise (the income), Ukraine is very unlikely.

"I think it will be international or the UK, I would think it would be in the UK."