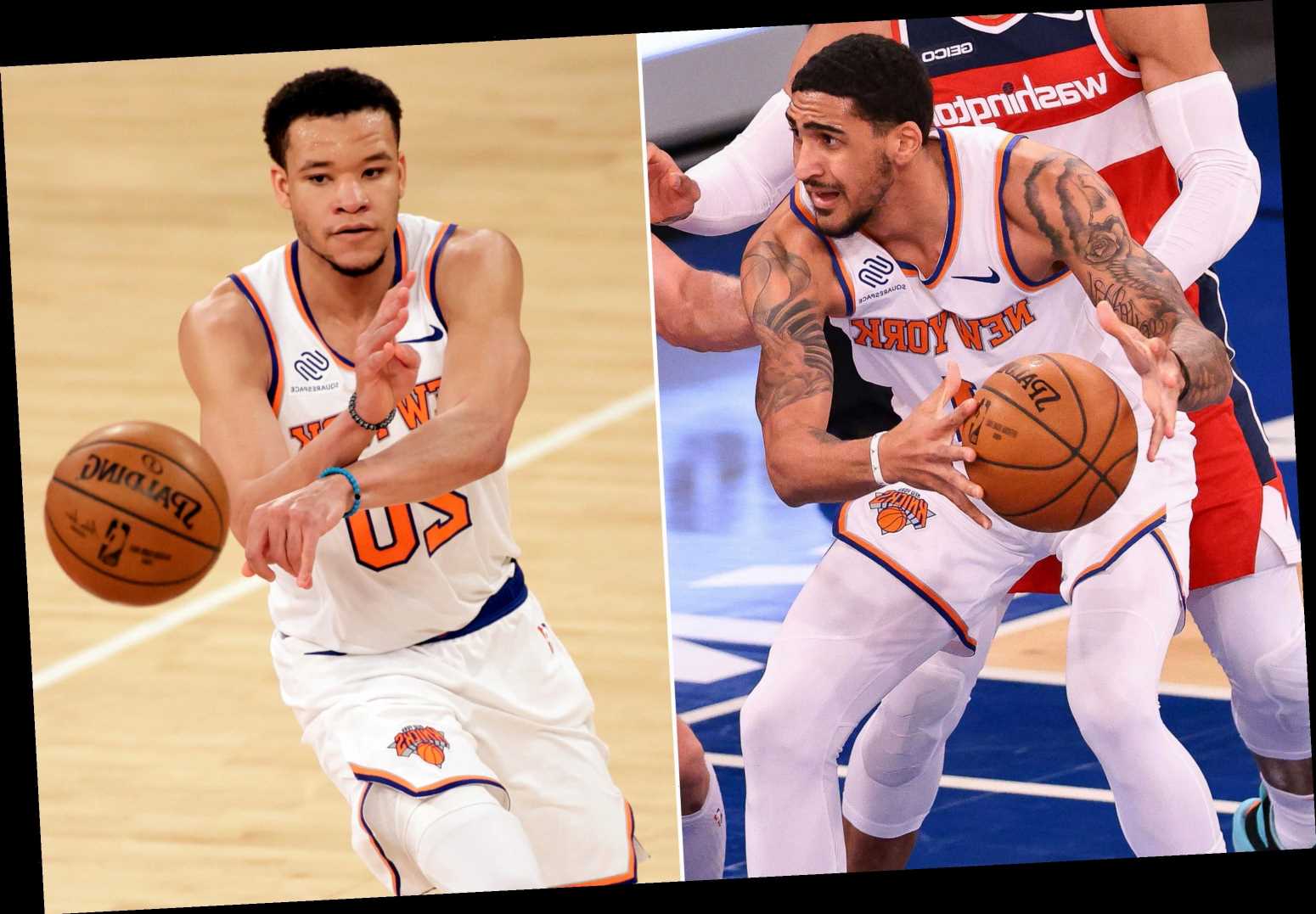 This is the only way for Tom Thibodeau

Julius Randle puts referee woes behind him as Knicks roll

Knicks assistant coaches may not be here long

Tuesday’s blowout win over Washington could have been the final straw for the Dayton dunker who is regressing instead of progressing.

The lost-looking power forward is now scoreless in five straight games — against  Brooklyn, Philly, Orlando, Philly and Washington. The No. 8 pick in November’s draft is an aggregate minus-34 in those 35 minutes. On Tuesday, he was 0-for-2 in eight minutes, including an air-balled 3-pointer.

Toppin’s air-ball 3-pointers are becoming more commonplace than makes. But he’s also not looking at the basket as much – having taken just eight shots in the five games, missing them all.

Toppin, 23, missed March Madness last season because of the pandemic and now he’s going through a March maddening.

All-Star Julius Randle thought enough to console Toppin on the bench in the Wizards game after the out-of-the-rotation Knox was awarded the final 1:40 of garbage time.

“I’m just trying to instill confidence in him,” Randle said. “As a rookie it’s tough to learn the game, see the game, the ins and outs of what you have to do to impact the game. As a young player coming in, the big thing is, know who you are as a player and how you can help the team. He’s coming along, works extremely hard. He’s got to keep up his confidence, keep at it and he’ll be a really good player in this league.”

Tuesday at the Garden was Toppin’s rock bottom. The fourth quarter set up as a perfect stage for him to get minutes.

But Toppin lasted 4:28 before being pulled. He badly missed a 7-foot turnaround and committed two fouls, and Thibodeau put back Randle in the blowout. Knox mopped up at the end as Toppin sat.

Some NBA scouts believe Thibodeau has stuck this long with Toppin for political reasons — loyalty to president Leon Rose, who hired him. It would look bad not to play Rose’s prized lottery pick who is averaging 4.1 points.

In Toppin’s defense, he had no summer league or voluntary scrimmages a few weeks before training camp because of the pandemic. On the flip side, there is no saying if Toppin’s draft stock would have fallen if NBA scouts saw his holes in the Atlantic 10 Tournament or NCAA Tournament – both cancelled last March.

After the game, Thibodeau, when discussing Randle’s 3-point emergence this season, said, “having a stretch four is a necessity in today’s game.”

Toppin does not look like that type – and didn’t in college, either. His 3-point percentage is 29.8 percent. Worse, he has air-balled seven of his 20 attempted corner 3s.

Knox, the Knicks’ 2018 lottery pick, has been out of the rotation since late January. He was drafted by the old guard of former president Steve Mills, GM Scott Perry, former coach David Fizdale and Perry’s top scouts who were let go, assistant GM Gerald Madkins and personnel director Harold Ellis.

But now may be Knox’s time, even if, sources said, Thibodeau doesn’t like his motor on the defensive end.