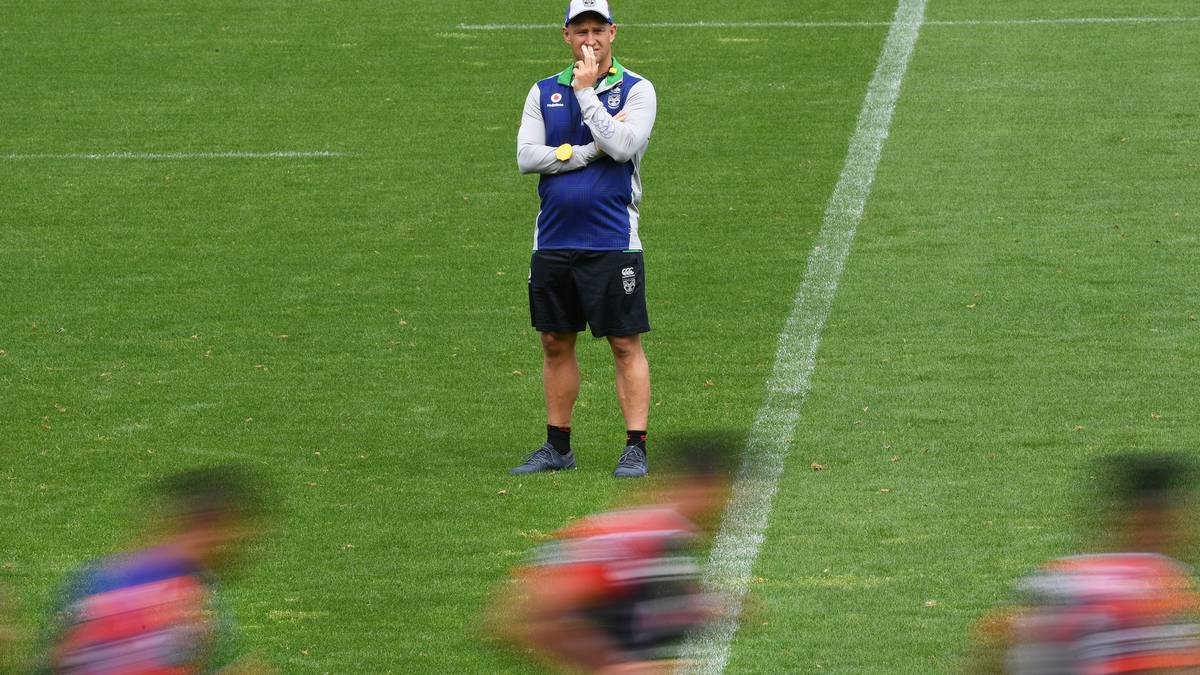 The Warriors will have a big call to make on whether to keep one of their cult heroes, with at least two NRL clubs circling to sign the popular player. Michael Burgess reports.

One of the Warriors’ most popular players could be set to leave the club.

Utility forward Jazz Tevaga has become a cult hero with his wholehearted approach over the last few seasons, but has yet to agree new terms, with his contract expiring this year.
At least two other clubs are circling, with one reported to be the Canterbury Bulldogs, who are desperate to improve their roster.

Tevaga’s preference is to stay at the Warriors, after coming through the grades as a teenager, but that is far from a given.

It’s likely that the other clubs will be able to offer superior financial packages, given the Warriors have a large number of players coming off contract and have to juggle their salary cap space.

The decision could also hinge on what position he will be offered, or able to play.
Warriors coach Nathan Brown sees his long-term future as a lock who can also play hooker, similar to the hybrid role that Brandon Smith has performed at the Storm.

Tevaga, who has played 78 games since his 2016 NRL debut, has an open mind but has previously made it clear that his preference would be starting at No 13.

The 25-year-old was typically candid when asked about the situation on Wednesday.

“Ideally I want to stay at the Warriors,” said Tevaga. “[I’m] going through negotiations at the moment. I really just want what’s fair.

“I love the Warriors, love where we are headed and want to stay. [But] if things don’t go to plan, we’ll see what happens.

“This is a business first. I’ll go where I see a good opportunity, or the money is right. [But] I really hope I can sort a deal out here at the club.”

This season has been a significant adjustment for Tevaga. He averaged 55 minutes a match in 2018 and 2019, and around 47 in an injury interrupted 2020 campaign.

This season the figure is 43 minutes, and he has started from the bench in five of the nine rounds. Last Sunday he played only 29 minutes.

“I wouldn’t say I’m happy with the minutes that I have been getting but I trust Brownie,” said Tevaga. “I just have to do as I am told. He is still trying to figure out how to best use the bench, because we have had injuries and players in and out. It’s been hard to get into the groove of things.”

Tevaga accepts he will have to spend more time at hooker “to prolong his career” and add value to what he can offer.

“I just want to be in the team,” said Tevaga. “I would want to play 13 and if they needed me to slot in at hooker, then yeah, fine. I understand where I fit best in the team will be that utility role. If things don’t work out, I will be looking to play that role or number 13 somewhere else.”

Tevaga would be a significant loss.

Since his breakthrough in 2018, honoured as the Dally M Interchange player of the year, Tevaga has taken on more of a leadership role at the club.

He also brings mongrel – one of the team’s few genuine enforcers – and is skilled at sparking second-phase play, with his offloading ability.

Brown wants to retain Tevaga but said the final outcome will come down to several factors.

“[I’ve spoken] to Jazz about where I see his role as opposed to how his role has been [in the past], then obviously, like all contracts, finance comes into it and what someone else is willing to pay,” said Brown. “There’s all those things.

“We’d like Jazz to stay, and Jazz would like to stay, it is just whether the role suits where Jazz wants to head, and obviously finance and length of deals is always a part of the offering.”

Peta Hiku’s future beyond this year is also uncertain. The skilful centre, who requires a shoulder reconstruction, is off contract and yet to start negotiations. Brown would like to keep the 28-year-old, but is also aware of the young talent coming through.