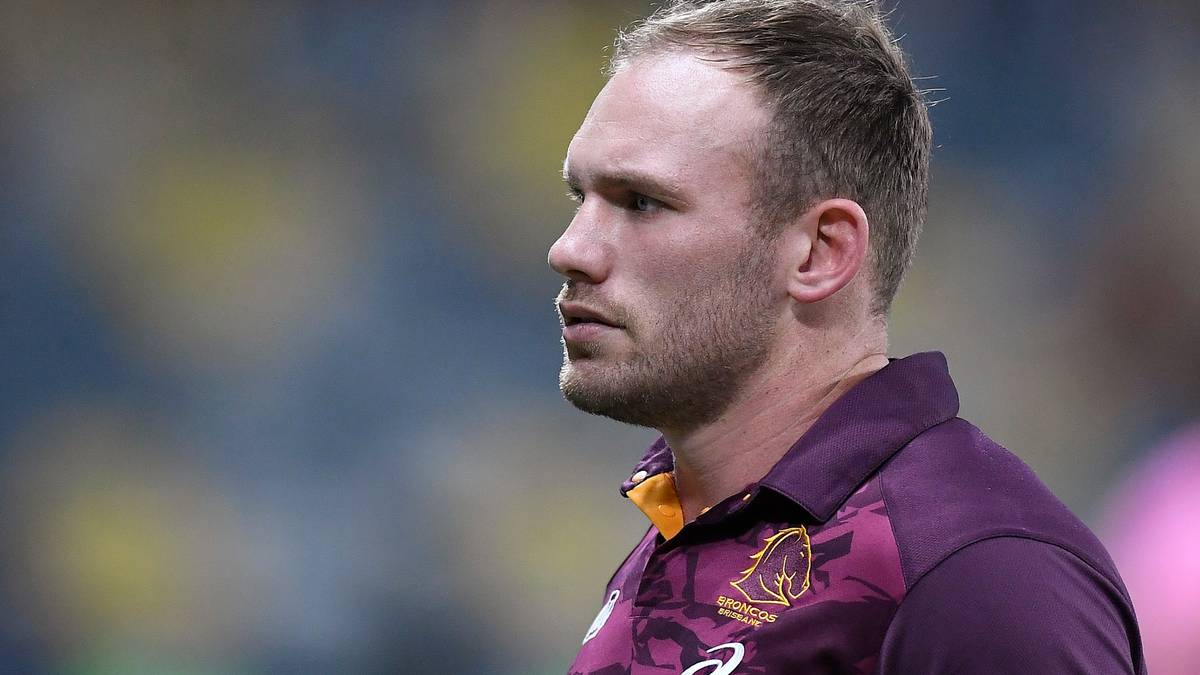 Broncos prop Matt Lodge has been granted a release to join the Warriors immediately in a deal that sees his old club continue to pay him up to $1.07 million.

The Warriors confirmed on Thursday they had acquired Lodge’s services until at least the end of 2022.

The pair had fallen out of favour at Red Hill this season and both had previously been told by the club they could explore their options elsewhere.

Lodge’s rich contract with the Broncos reportedly included clauses allowing him to extend his deal through to the end of the 2024 season.

According to News Corp, the Broncos will pay up to $1.07 million of Lodge’s salary over the coming years.

It remains to be seen whether Pangai will follow him out the door.

“I’ve always tried my best for the club and for the jersey,” Lodge said of his time at the Broncos.

“I’d like to thank everyone at the club including the fans and sponsors who have helped me along my journey in recent years.”

The switch continues the Warriors’ mid-season spending spree, with both Chad Townsend and Dallin Watene-Zelezniak also joining the side’s ranks within the past fortnight.

“We like what he has to offer us as a big body in the middle of the park with his ability to play big minutes and his impressive, great work rate. He’ll be a great addition to our squad.”

Warriors CEO Cameron George added that Lodge “has real experience and gives us exactly what the coaching staff want in the middle.”

“We’ve been active in the market working as hard as we can to strengthen our squad in the short-term while also looking beyond to ensure we’re positioned to build our club to where we want it to be.”

Lodge comes with a controversial past, with his prior misdeeds including a violent home invasion in New York in 2015.

On October 16, 2015, Lodge followed and harassed a German tourist, telling her “This is the night you’re going to die”, as she rang Joseph Cartright’s doorbell seeking refuge. When the local resident let her in, Lodge forced his way into the house, while Cartright’s wife and nine-year-old son ran to hide in a bathroom.

Lodge punched a hole in the bathroom door before he was arrested at gunpoint. The family said their son was traumatised by the incident, and Lodge was sacked by the Wests Tigers, his team at the time.

Lodge spent two weeks in jail, pled guilty to a reckless assault charge and was ordered by a US civil court to pay over $1 million in damages.

Despite Lodge’s history, the Warriors are comfortable with his signing, saying he has proved himself a changed man over the past three years.

“At the end of the day, it happened in the past,” George told Newshub. “We’re very aware of the circumstances and understand the history, but we’re a forward-thinking club.

“We’re not trying to give Matt a second chance, he’s already had that. The NRL deemed him a fit and proper person to come back into the NRL back in 2017.

“He’s been playing with the Brisbane Broncos for the last three years and hasn’t put a foot wrong.”