The timeframe around Tom Scully’s return to football remains indefinite with the Hawthorn recruit conceding he has had doubts about whether he’d be able to play again.

Scully began pre-season training with the Hawks on Monday and was on limited duties as he continues the slow journey back to fitness. 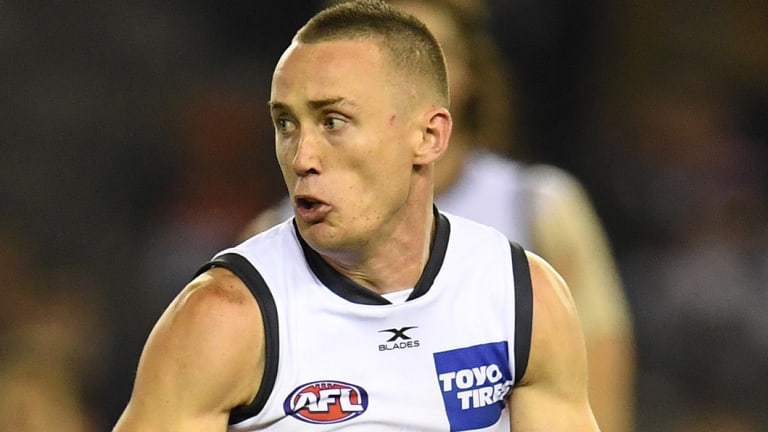 Traded by Greater Western Sydney in October despite having three years left on his contract with the Giants, the star midfielder and former No.1 draft pick had most of his 2018 season with GWS wiped out after breaking an ankle in round two.

Cartilage damage has complicated the recovery process, leaving Scully, 27, uncertain about when he may play again, even though he is optimistic that he will take to the field in 2019.

“Everything’s on track,” Scully said as his teammates went through their paces at Xavier College.

“It’s going to be a long process but one I’m confident I can get right, and obviously the Hawks are really confident as well that if managed well I can be back playing footy next year.

“There hasn’t been timelines spoken about. It’s more about the process. As I said that’s sort of been ongoing. We’ll continue to ramp up over the next coming weeks. Hopefully in the new year I can [get] out on the track with the guys.”

Scully acknowledged the seriousness of the issue.

“It’s a significant injury. I don’t think you can get away from that," he said.

“You do have to be patient with the process. I’ve just got to continue to build and respect the injury, and hopefully get back next year.

“It’s not as simple as break with a bone, which heals relatively quickly. [So] there’s been a few complications around that. But as I said I’ve been reassured that it’s heading in the right direction, and I’ve had some positive results of late.”