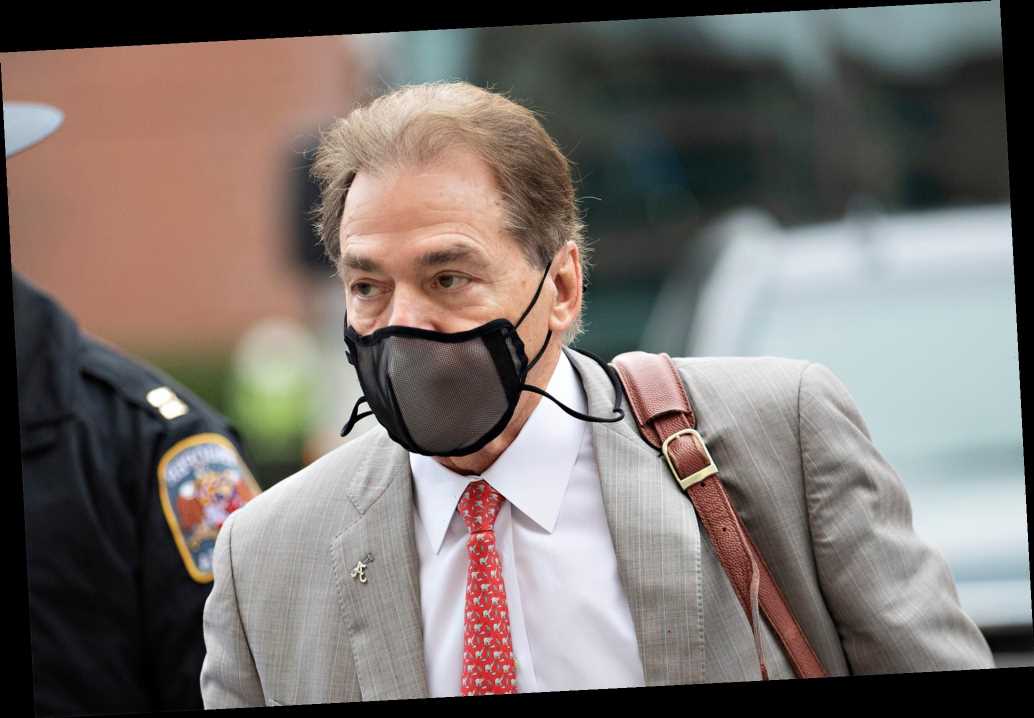 Trevor Lawrence would leave with ‘no regrets’ as NFL calls

Justin Fields just gave the Jets a lot to think about

Nick Saban’s daughter accused Ohio State of using the coronavirus as an excuse to postpone the national championship game next week, in order to give its star quarterback more time to recover from an injury.

Reports surfaced Tuesday that the national title game this coming Monday could be postponed due to coronavirus issues within the Ohio State program.

However the university’s athletic director athletic director Gene Smith told Yahoo Sports that was not the case, while College Football Playoff executive director Bill Hancock expressed confidence the game would be played on time.

Kristen Saban Setas, the daughter of the legendary college head coach, had her own theory.

“I call BS on the COVID cases,” she wrote on Twitter. “They’re just worried about their QB [Justin Fields] and want him to have more time to heal. If he’s hurt put in your backup. You didn’t see us postpone the rest of the season to wait for [wide receiver Jaylen] Waddle. BYE.”

She then deleted the tweet, and wrote, “Oops, did I say something you didn’t like that you would say if it were turned around on us?”

Her unfounded claim was based around star Ohio State quarterback Fields, who hurt the right side of his torso in the College Football Playoff semifinal last week.

Saban Setas isn’t the first to express this type of unfounded theory. Clemson head coach blasted Florida State for pulling out of a game between the two schools after a Clemson player tested positive for COVID-19, calling it an “excuse” not to play his team.

In reality, COVID-19 has caused multiple disruptions this season.

The Buckeyes played just five regular-season games this season due to coronavirus-related issues in the Big Ten Conference, and, due to this latest issue, could be without an entire position group for the title game, according to AL.com.

Alabama emerged far more unscathed from this season schedule-wise. Despite having to cancel its game against LSU in November, It played 10 regular-season games and currently stands at 12-0 after its comfortable 31-14 win over Notre Dame in last week’s College Football Playoff semifinal.

If the game does need to be moved, January 18th — also at Miami’s Hard Rock Stadium — has already been designated as the makeup date a week later.