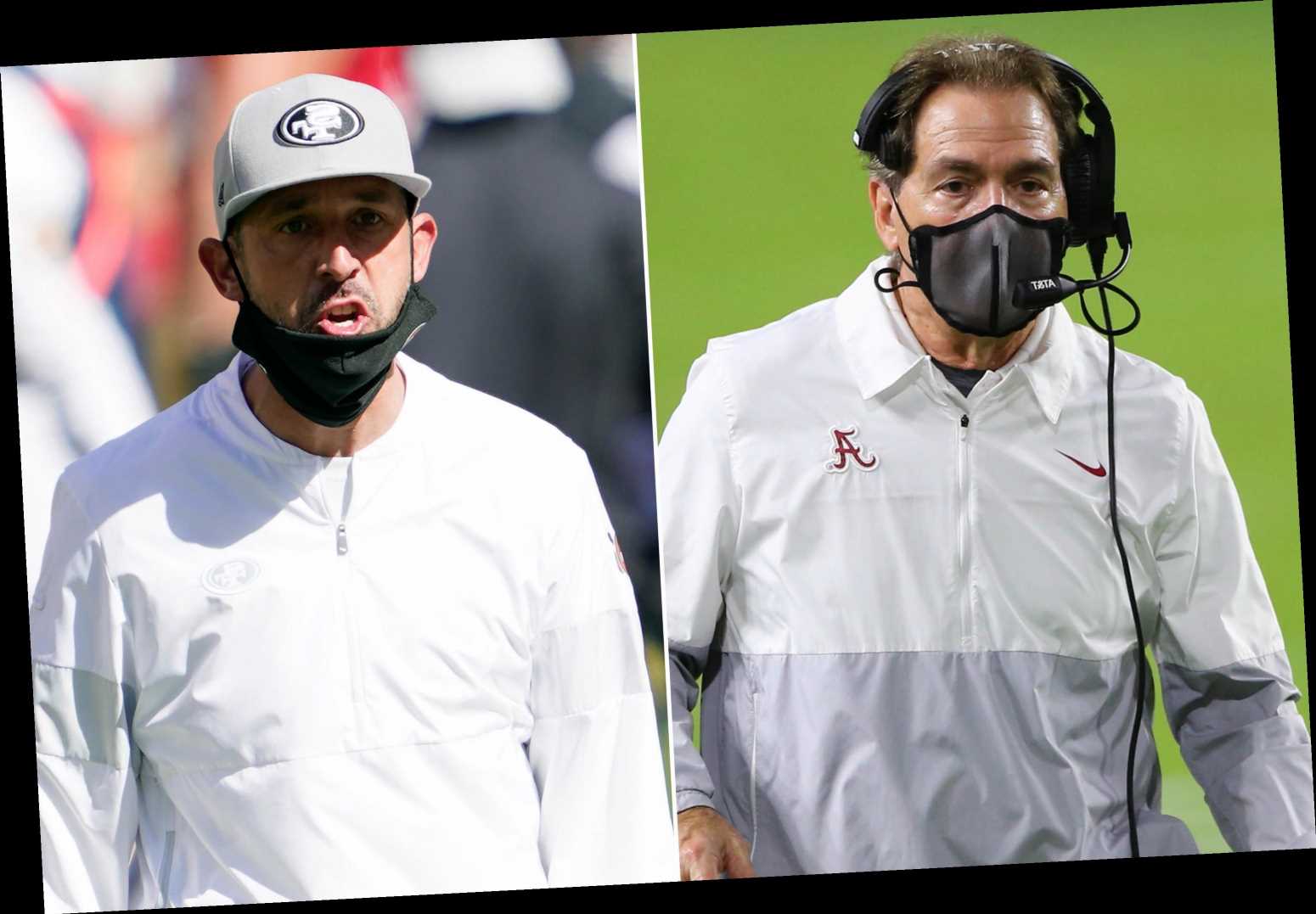 49ers coach: I’m sure Jimmy G was ‘pissed off’ about draft trade

Rumors have run rampant that the 49ers were targeting Alabama QB Mac Jones when they traded up to the No. 3 pick in the NFL Draft with the Dolphins, moving two future first-round picks in the deal. However, if the rumors are true, they don’t seem interested in the advice of the guy who knows him best.

Alabama head coach Nick Saban went on “The Dan Patrick Show” on Tuesday and revealed that while he saw the 49ers brass at the team’s Pro Day, they didn’t appear too interested in learning more about Jones.

There’s a lot to analyze here. The idea that they thought weren’t allowed to probably doesn’t hold water, as NFL coaches typically exhaust every possible option to get an edge. They could be playing their cards close to their chest, knowing that if they grilled Saban about Jones, he would go on, say, “The Dan Patrick Show” and talk about it.

But if they didn’t want to tip their hand, why would they send Shanahan and Lynch to the Pro Day? The entire football lexicon is already talking about them taking Jones. Asking Saban some questions about the quarterback wouldn’t advance the public conversation much (if at all), and it’s certainly within the team’s best interest to learn more about the guy if they’re willing to hinge their entire franchise on him.

Perhaps it’s all a smokescreen, and the 49ers are interested in another quarterback, Ohio State’s Justin Fields or North Dakota State’s Trey Lance. But if they are, what’s the use in hiding it? Trevor Lawrence and Zach Wilson are all but confirmed to be the first and second overall picks to the Jaguars and Jets, respectively. San Francisco essentially has the first pick in the draft that has any semblance of mystery. They don’t need to worry about a team trading up and taking their guy.

Either way, the 49ers have done their part to spice up the top of the draft, and it should be fascinating to watch it unfold at the end of the month.