Britney Taylor, who has opted to forgo anonymity, claims the New England Patriots wide receiver sexually assaulted her three times in a civil lawsuit she has filed against the 31-year-old. 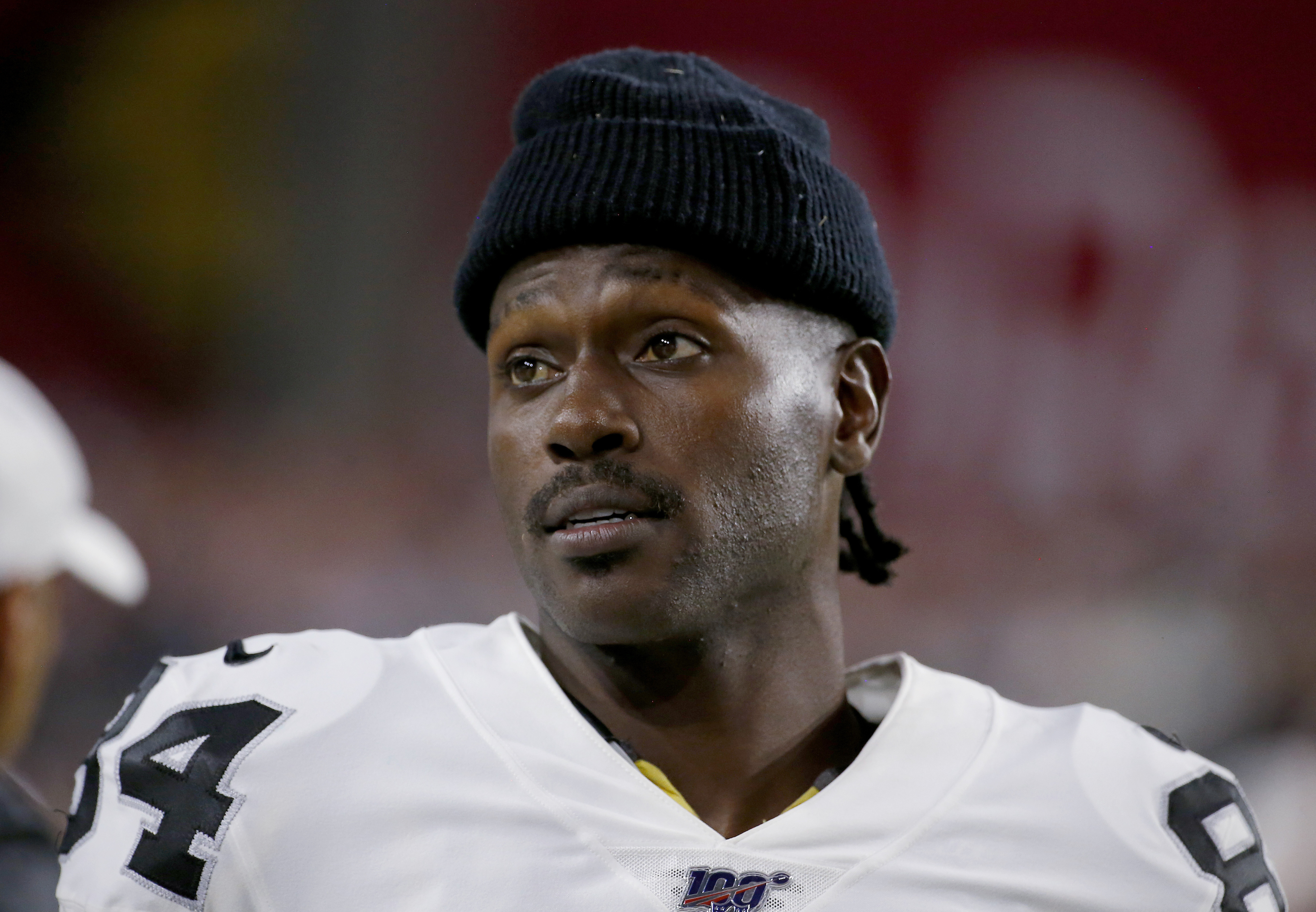 The Patriots, who only signed him Oakland Raiders earlier this week, say the NFL are launching an investigation.

Taylor claims she met Brown in at Central Michigan University in 2010 during bible class.

The American Football player then hired the gymnast in 2017 to improve his ankle flexibility.

But the lawsuit claims he sexually assaulted her in two training sessions in June 2017 and she now no longer works for him.

Brown allegedly assaulted her at his Miami home while the pair were streaming a church service on Taylor’s iPad.

The lawsuit states he “reached out to Ms Taylor, expressing contrition, begging forgiveness and pleading with her to train him again”.

Reluctantly she agreed, but he is then accused of raping her in the court papers in May 2018.

Taylor’s lawsuit says Brown went on to send her “astonishingly profane and angry text messages” that bragged of his alleged sexual assault on her.

Taylor has released a statement that says “deciding to speak out has been an incredibly difficult decision” and she has “found strength in my faith, my family, and from the accounts of other survivors of sexual assault”.

She said: “Speaking out removes the shame that I have felt for the past year and places it on the person responsible for my rape.”

Before adding she will “co-operate with the NFL and any other agencies”.

Brown has hit back at those claims through his lawyer.

He says he was first approached by her in 2017 shortly after signing a contract to make him the highest-paid wide receiver in the NFL while at the Pittsburgh Steelers. 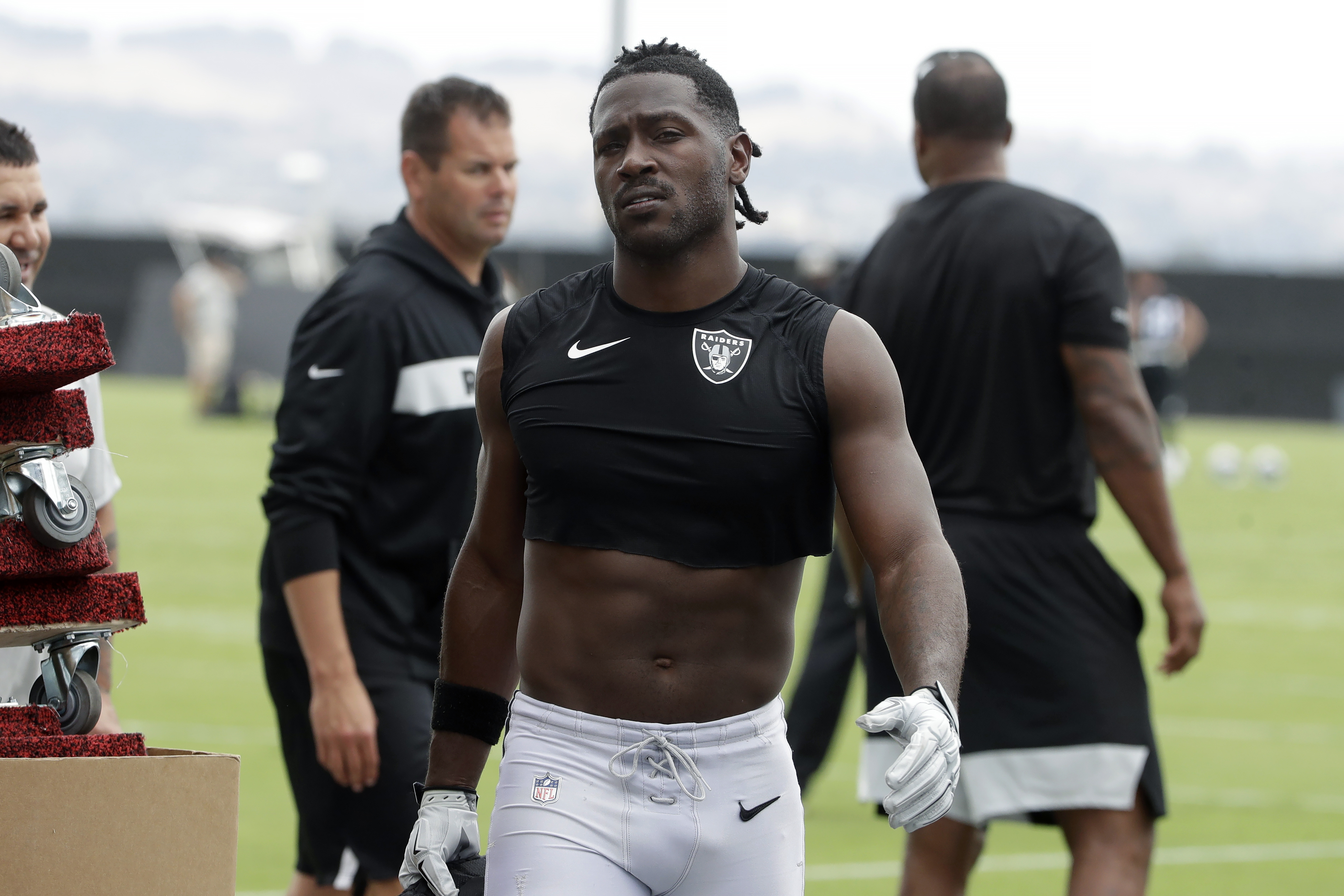 The star alleges Taylor asked him to invest £1.3m in a “business project” and later stopped contact with him after he refused.

He then states she “resurfaced” in 2018 when offering to train him.

Brown’s lawyer, Darren Heitner, said in a statement: “Mr Brown denies each and every allegation in the lawsuit.

“He will pursue all legal remedies to not only clear his name but to also protect other professional athletes against false accusations.”

Heitner added that “any sexual interaction… was entirely consensual.”

He would later send out a tweet suggesting Brown could issue a counter-lawsuit against his accuser.

It read: “Antonio Brown will leave no stone unturned and will aggressively defend himself, including exercising all of his rights in countersuits.”

Heitner added: “Mr Brown, whose hard work and dedication to his craft has allowed him to rise to the top of his profession, refuses to be the victim of what he believes to be a money grab.”

Mr Brown has been in the press this week after publicly demanding on Twitter that Oakland Raiders release him.

He received a reported £7.3m signing-on fee after penning an initial one-year £12m deal with the Patriots.

His new side face Miami Dolphins on Sunday but it remains unclear whether Brown will be in action.

A Patriots statement said: “We take these allegations very seriously.

“Under no circumstances does this organisation condone sexual violence or assault… We will have no further comment while that investigation takes place.”