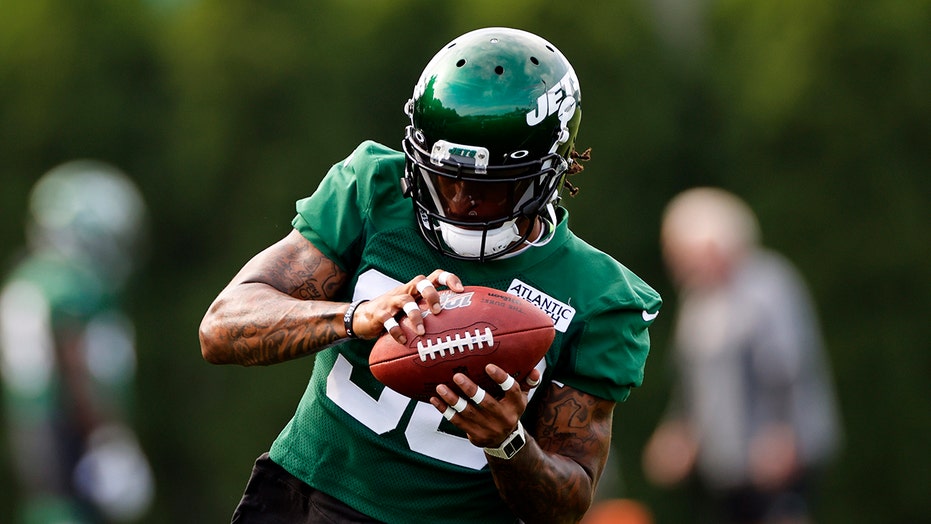 Within the confines of the team's facility, McDougald is a respected pro football player whose main concern is stopping the offense. When he heads home and turns onto the main road just a few hundred yards away, he goes on the defense. His guard goes up just as it has most of his life.

He has seen the video of Jacob Blake in Kenosha, Wisconsin, and he doesn’t want to end up like him. Or, George Floyd. Or, Breonna Taylor. Or, the countless other Black men and women who have been victims of police brutality or social injustice.

“Me personally, I’m hurt by the whole situation," McDougald said. "I'm an African-American man and that easily could’ve been me. As soon as I walk out of 1 Jets Drive, I’m just another black man — and I don’t know how the cops are going to see me.

“I have dreads and tattoos and I’m bigger than the average male, but I don’t know how that cop is going to view me, and the attitude and aggression he’s going to give me.”

Blake, 29, was shot, apparently in the back, on Sunday as he leaned into his SUV, three of his children seated inside. The shooting was captured on cellphone video and ignited new protests in the U.S. three months after the death of George Floyd under the knee of a Minneapolis police officer touched off a nationwide reckoning over racial injustice.

The Detroit Lions canceled their practice Tuesday, protesting the incident involving Blake, and racial injustice. The players and coaching staff discussed what happened and then filed out of the team’s practice facility. They used a dry-erase board to address the media with the words: “The world can’t go on” and “We won’t be silent!! One pride.”

The rest of the NFL saw what the Lions did, and has come together with their own discussions about social issues and how they might be able to affect change.

“At this time, everybody needs to come together and join hands and love each other for what we are and the privilege we have in the short period of time we have on Earth,” said Chiefs coach Andy Reid, who is white. “As opposed to walking in fear, to walk with strength and pride. And if we do that, we’ll be a great example to the world.”

Eagles coach Doug Pederson, who is also white, thought what the Lions did was “a great sign of unity, a sign of strength and support as a team.” He said his team will continue the dialogue among players and staff.

“It’s just where we are as a country," he said. "You’ve got to put football aside. This is human life, and this is about all our lives, and these guys have a message. They have a platform. They have something that needs to be said, and so I’m here, obviously, to listen, to listen to their ideas and their comments and the things that they’re dealing with every single day.

"So for the Lions to do that and to show a sign of unity I think is a very powerful message in our society today.”

McDougald, who spoke hours before three NBA playoff games were postponed as players around that league chose to boycott in their statement against racial injustice, cited the peaceful protests across the country over the last several months. And how statues of former slave owners have been taken down, and streets have been painted with “Black Lives Matter.”

Colin Kaepernick, exiled from the NFL since the 2016 season when he took a knee during the national anthem, shed light on police brutality and racial inequality while playing for the San Francisco 49ers. McDougald insists true change needs to continue, and not just one-time bursts during which people push social injustice into the forefront.

However, McDougald wonders if the message gets forgotten too quickly as people move on with their lives.

“I’m not bashing them. I’m commending them," McDougald said of the Lions. "That was great that they did that. But just like every other peaceful protest or every other movement we started, hashtag we started, it still comes back to nothing’s getting settled. Nothing real is getting done.”

That's the frustration McDougald and so many other Black men and women grapple with on a daily basis. And have for too long.

“Needless to say, what’s going on in this country of ours at times is extremely disgusting,” Patriots quarterback Cam Newton said. "And until we find a fix, I think more than ever, we have to unify and become one as much as possible. From the Black Lives Matter campaign, from the social injustice, bringing awareness with that, and just everybody becoming more aware of certain things and not necessarily turning their ear or turning their face (away from) things that are extremely blatant.

“It becomes hard being a father. It becomes hard knowing, yeah, what your day job is. But yet we have to use our platform to raise awareness for issues like this.”

The Jets held a virtual team meeting Tuesday night and coach Adam Gase allowed the players to discuss their feelings about the Blake shooting, along with their own experiences and thoughts. Team chairman and CEO Christopher Johnson joined the at-times emotional discussion, which also continued as the players broke off into their positional meetings.

“This is definitely something that I don’t want — and a lot of my brothers in the locker room don’t want — we don’t want it swept under the rug,” McDougald said. "This is not just a one-day topic or when it happens, we need to talk about it. This is something real in our community that we’re dealing with.