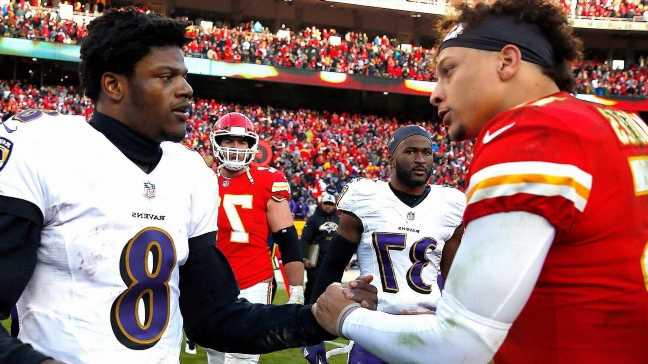 After the sportsbooks cleaned up on the NFL’s opening weekend with underdogs covering 12 of 16 games, including nine of them winning outright, the second weekend might come down to just one game. The Kansas City Chiefs are 3.5-point road favorites in Baltimore on “Sunday Night Football” and could present huge liability for the house.

“Whatever happens during the day, that game will make or break the books because [parlays] could be tied into it,” DraftKings sportsbook director Johnny Avello told ESPN. “The public is going to bet the Chiefs, and the sharps will probably wait to see how high this line will go.”

Despite constant support of Patrick Mahomes and Kansas City, the Chiefs have actually let backers down. They’re only 2-10 against the spread in their past 12 games dating to last year, including the playoffs. However, the star quarterback shined in last week’s comeback win against Cleveland, while Baltimore showed plenty of vulnerability in its Monday Night Football loss to the Raiders in Las Vegas.

Ravens QB Lamar Jackson is 6-1 ATS as an underdog but is winless in three career starts against Kansas City.

Note: Lines courtesy of Caesars Sportsbook as of Thursday night. All games Sunday.

Kraemer: These teams simply aren’t different enough to justify a full three-point line in favor of the road team. Both are good in the trenches. Both have questions at quarterback. Both have a number of explosive weapons offensively. With both teams at full strength, the 49ers are the better team, but just like last year, they’re already beat up. Cornerback Jason Verrett and running back Raheem Mostert are out for the season, while several other key defensive players such as Emmanuel Moseley, Dre Greenlaw, Javon Kinlaw and Arik Armstead are also banged up. Unlike the Lions last week, the Eagles are better positioned to take advantage.