The New England Patriots mascot had to be hospitalised after the stunt at a Pro Bowl event yesterday. 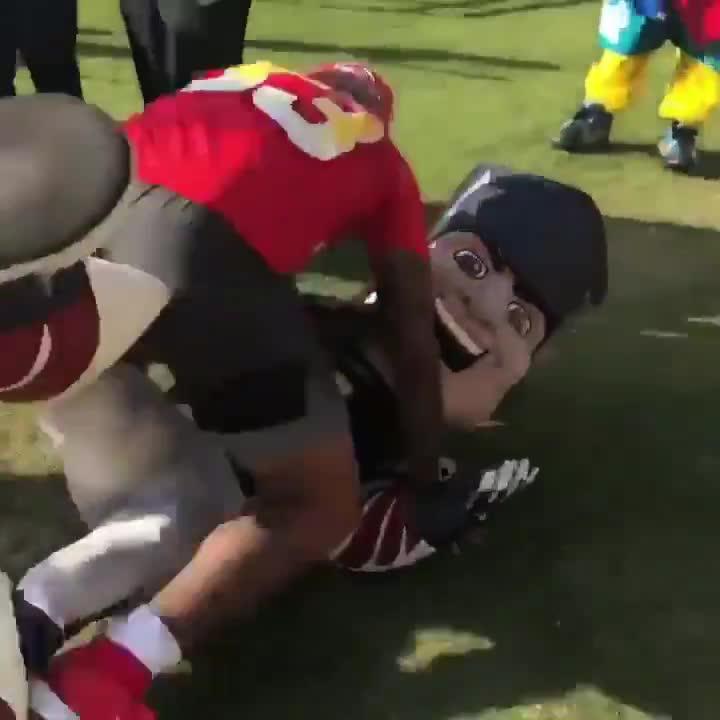 The Pats mascot was being booed by fans in the arena, with Adams attempting to play along with the crowd.

Posting a video of the brutal tackle on Twitter, Adams wrote: "This one is for every Patriots hater out there! I got y'all!"

The clip has been watched close to a million times already.

The Jets safety later went on to say he had "no intention of hurting" the mascot, he was simply trying to have a little fun. 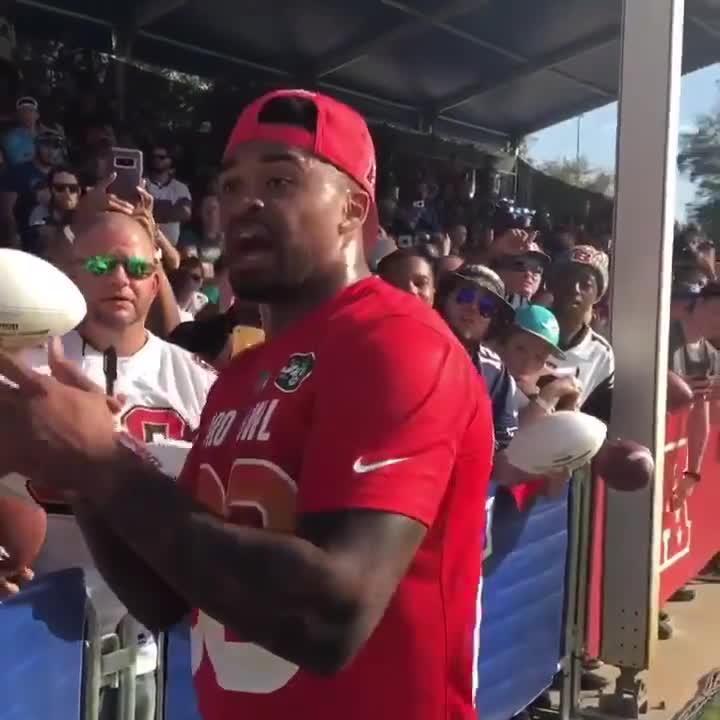 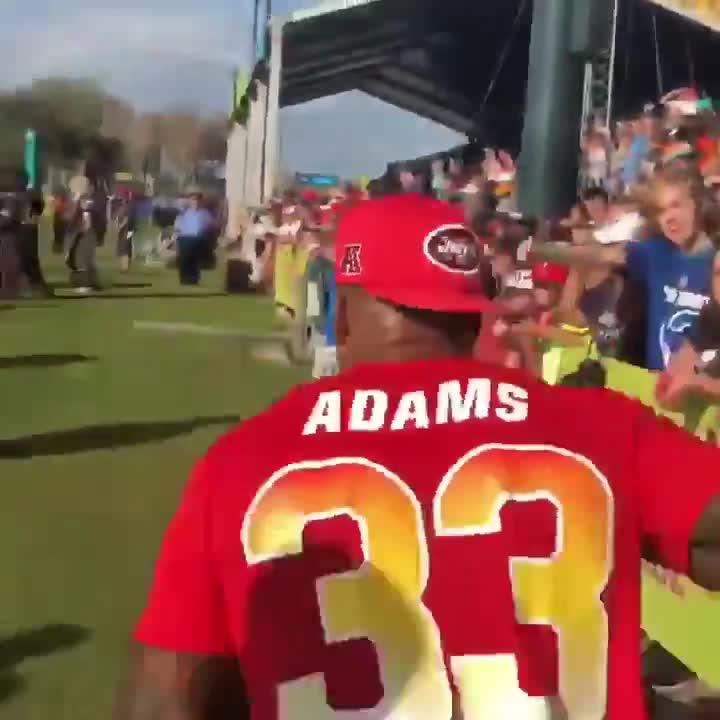 Adams justified his wild lunge, telling ESPN: "He was running around and everybody was booing him.

"All jokes aside, I didn’t hit him that hard… but they did tell me he’s in the hospital.

"At the end of the day, we were out here just having fun and it wasn’t nothing intentionally to try to hurt the guy." 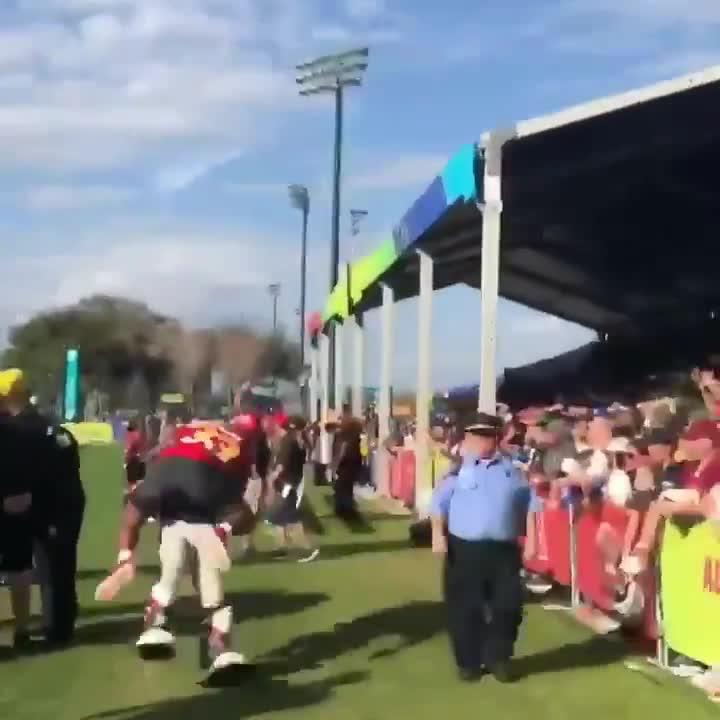 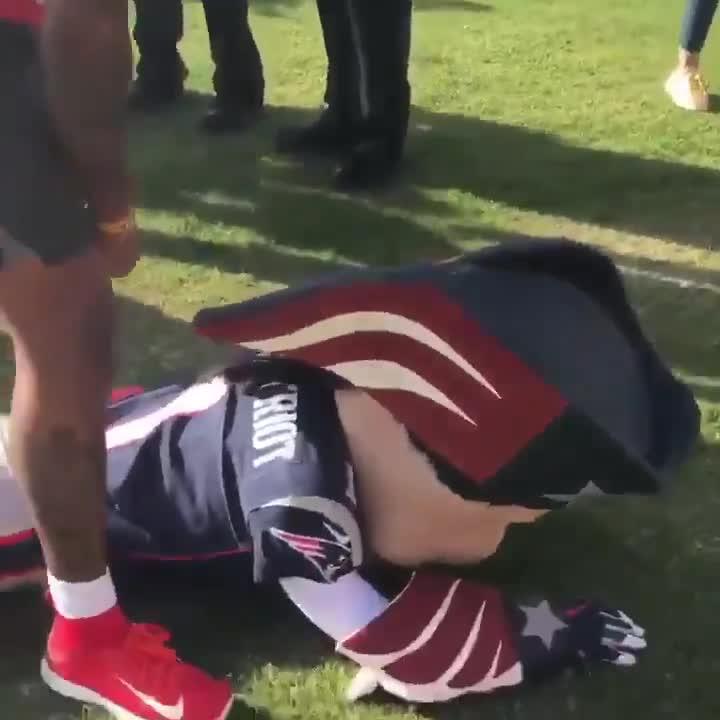 Needless to say, fans on Twitter haven't been quite so supportive of the unnecessary tackle.

US journalist Skip Bayless wrote: "I've always respected YOU till you ran over the Patriot mascot. YOU ARE BETTER THAN THAT, JAMAL. Come on, man."

Patriots writer Ben Volin added: "Jamal Adams doesn't understand his own strength then. That hit was way over the line".

Another viewer wrote: "Dude the guy could have got injured football players can't tackle mascots wake up." 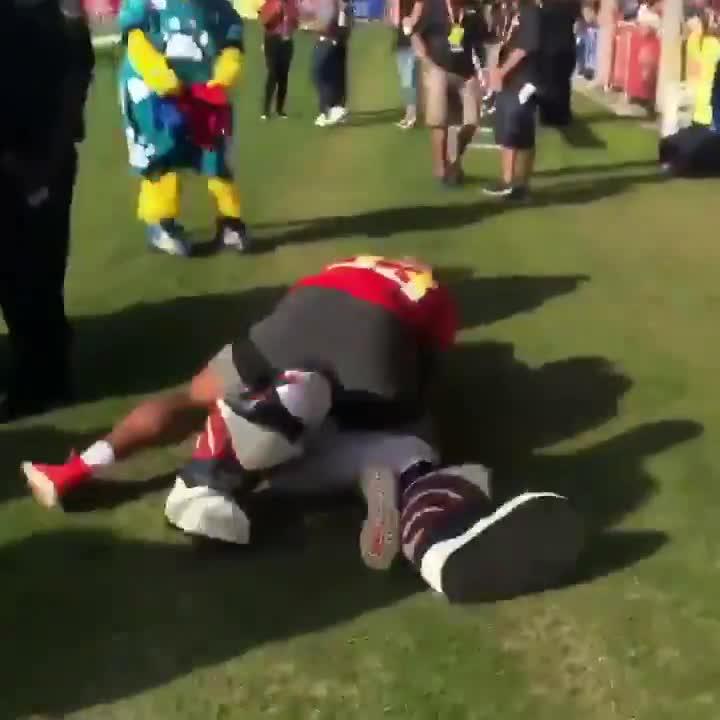 However, some did see that it was purely an accident.

One fan wrote: "This story about Jets S Jamal Adams running into the Pats mascot at the Pro Bowl is sad, but don’t think Adams intention was to hurt the mascot."

Another added: "Wasn't it a bit of light entertainment for the fans who were booing the mascot, @TheAdamsEra?

"Didn't hurt the mascot, it's called playing to the crowd but you have turned it into something else."