NEYMAR was forced off injured after just 13 minutes of Brazil's friendly with Nigeria in a major blow for the forward.

The Paris Saint-Germain star, 27, was replaced by Philippe Coutinho in the early knockings having made only five appearances this season due to a spate of knocks. 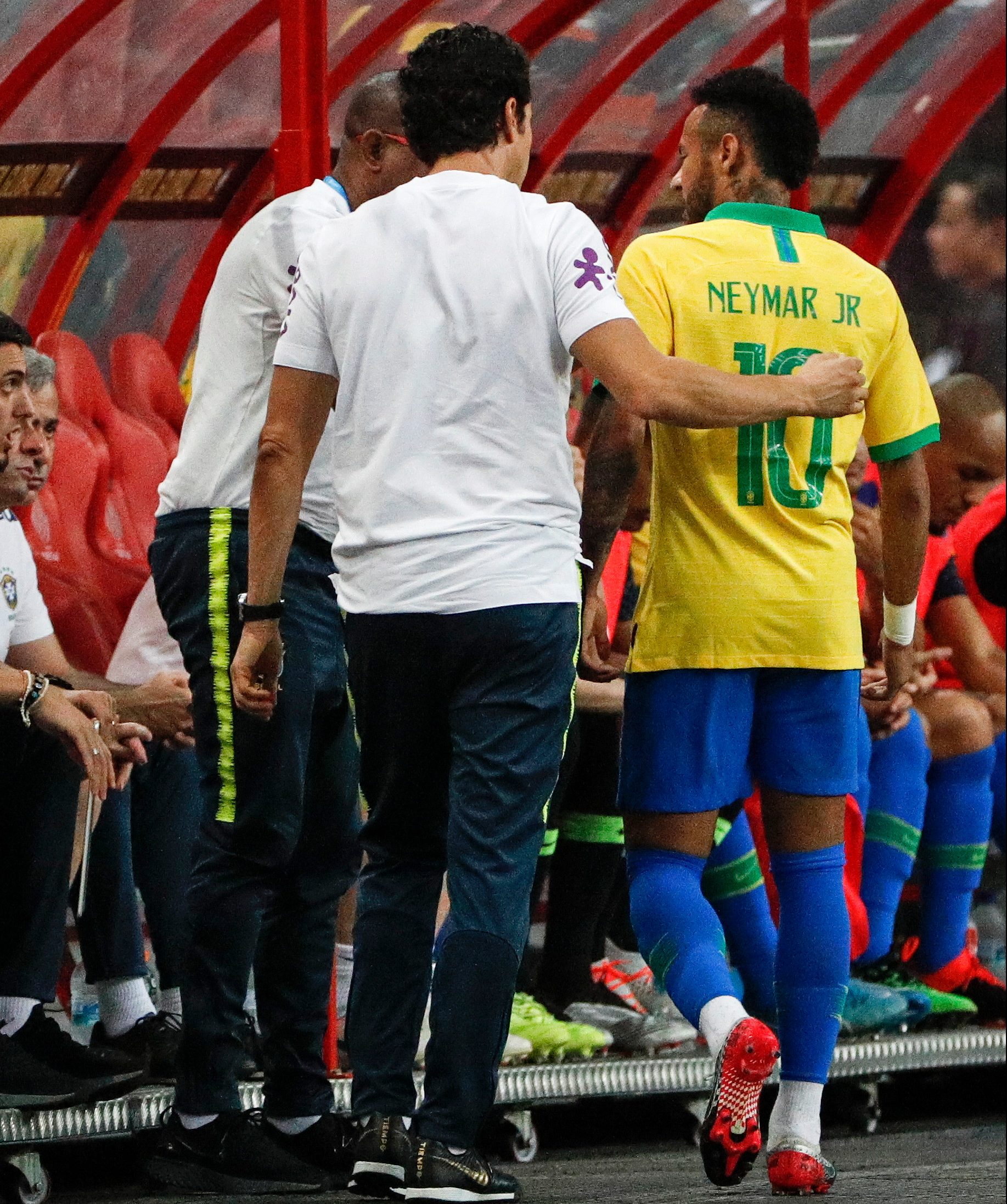 Neymar had already missed four games for PSG this term, on the back of being absent for 48 matches in the past two seasons alone.

In a short clip shared on Twitter, Neymar appears to hold his left hamstring very briefly before hobbling off.

As he is replaced by Bayern Munich ace Coutinho, he then clutches the same part of his leg again.

It could well be a brand-new injury concern for Neymar – who has suffered ankle and foot injuries in recent months.

The Brazilian did suffer from adductor (thigh) issues in the last three seasons, however.