Just 24 hours after the Ballydoyle team managed to saddle the wrong runners in the Fillies' Mile, O'Brien and co were back on track. 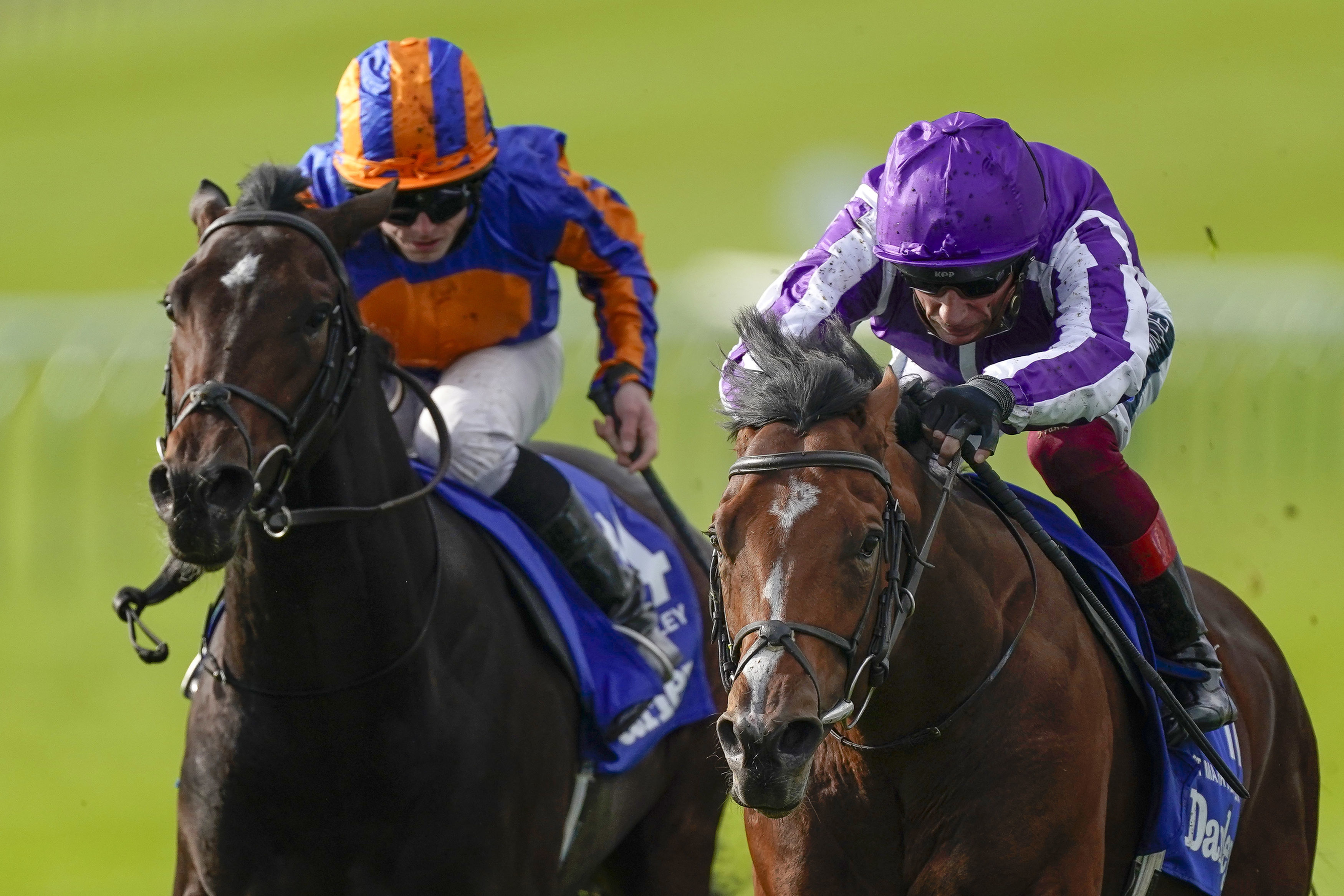 Dettori had his horse well-placed throughout as a few suffered on the rail.

And the Irish were always to the fore as Dettori pulled clear a furlong out, with stablemate Wembley finishing fast and late from out wide.

Favourite and the Joseph O'Brien-trained Thunder Moon also threatened but Dettori always just had enough up his sleeve as they reversed the form from the National Stakes.

He'll surely be back at the Rowley Mile next spring for a shot at the 2000 Guineas for which Betfair trimmed him into a 12-1 chance.

O'Brien said: "We're delighted with both of them.

"The plan was that St Mark's Basilica would run in France and then Wembley would run in the Dewhurst, that's the way we were going.

"The first three were were the same three as in the National Stakes. Every year it's a great race and the form always stands up."

On future plans, O'Brien added: "The Breeders' Cup is possible for the winner, but we're thinking Battleground will go to the Breeders' Cup, so he doesn't have to go.

"We'll see nearer the time, but at the moment we're thinking Battleground will go."

She was well-backed antepost into the clear 9-2 jolly and the punters got it spot on as she cruised home despite briefly looking in trouble a few furlongs from the line.

It was an important win for jockey Jason Watson after a tough season in the saddle.