Race fans held their breath following a violent crash involving Ryan Newman on the final lap of the Daytona 500 on Monday night.

Newman was hospitalizing with non-life-threatening injuries.

NASCAR delivered the news nearly two hours after Newman was extricated from his car, saying he is in serious condition at nearby Halifax Medical Center.

The wait for the update was excruciating for fellow NASCAR drivers and fans across auto racing who spent the time wondering how seriously he was hurt.

Safety crews rushed to Newman's No. 6 Ford and worked to get the 42-year-old driver out of his seat. The car was on fire as it skidded to a stop and had to be turned onto its tires first.

Ryan Blaney, who locked bumpers with Newman and turned him sideways, sounded crestfallen. Corey LaJoie, who slammed into Newman's sideways car at full speed, watched a replay and insisted he had no way to avoid the contact. Fox Sports analyst and four-time Cup Series champion Jeff Gordon may have summed it up best. 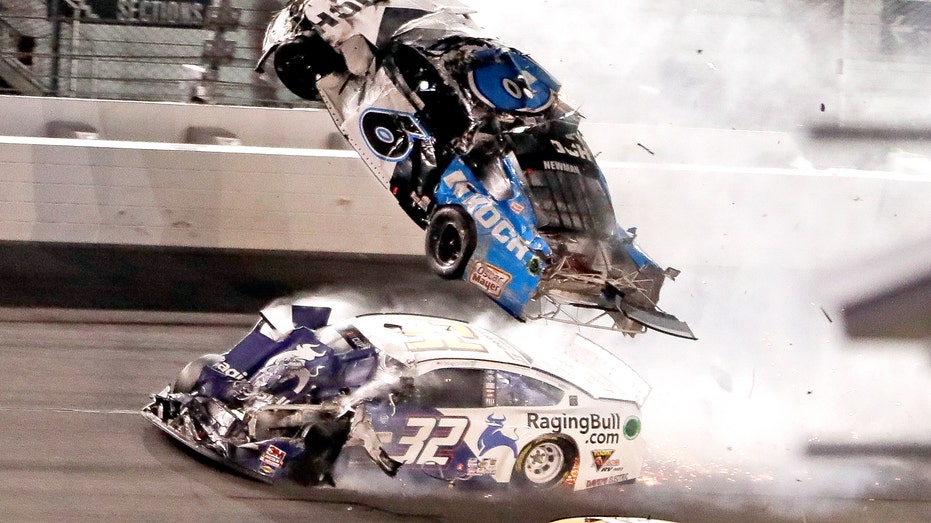 “Safety's come a long way in this sport, but sometimes we are reminded that it is a very dangerous sport," Gordon said quietly as the broadcast came to a close with Newman's condition still unknown.

Breathtaking crashes are common at Daytona International Speedway, where drivers racing for position at 200 mph and in tight quarters often make contact.

Blaney turned him hard right and into the outside wall. His car immediately flipped and was sliding on its side when LaJoie rammed into it.

“Dang I hope Newman is ok,” LaJoie tweeted. “That is worst case scenerio and I had nowhere to go but smoke.” 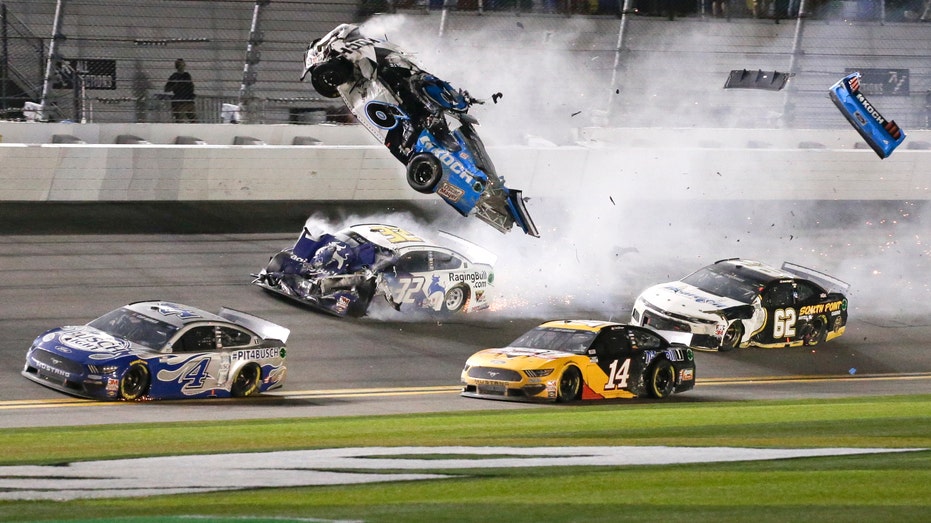 Ryan Newman (6) goes airborne as he collided with Corey LaJoie (32) on the final lap of the NASCAR Daytona 500 auto race at Daytona International Speedway, Monday, Feb. 17, 2020, in Daytona Beach, Fla. Sunday’s race was postponed because of rain. (AP

Denny Hamlin won the race for Joe Gibbs Racing, his second straight victory in the season opener and third in the last five years. The team celebrated near the start-finish line and again when confetti flew in victory lane, prompting Gibbs to later apologize.

HOW MUCH IS DAYTONA 500 WINNER DENNY HAMLIN WORTH?

It wasn't the first crash like this for Newman at Daytona or at another superspeedway, the Talladega track in Alabama. His car went airborne and flipped repeatedly in the 2003 Daytona 500. He landed on his roof in that one and did again at Talladega in 2009.

He's been a harsh critic of NASCAR's struggles to keep cars on the ground, even getting fined for public comments the sanctioning body considered negative. In 2010, he said fans shouldn't even go to the track to see races at Talladega.

The Indiana native, who graduated with an engineering degree from Purdue, said earlier during Speedweeks he felt renewed in his second year at Roush Fenway Racing.

The Associated Press contributed to this article.