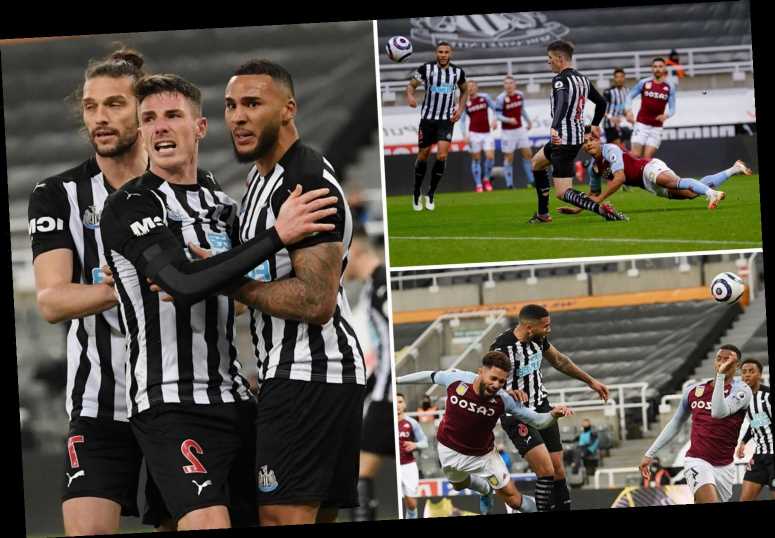 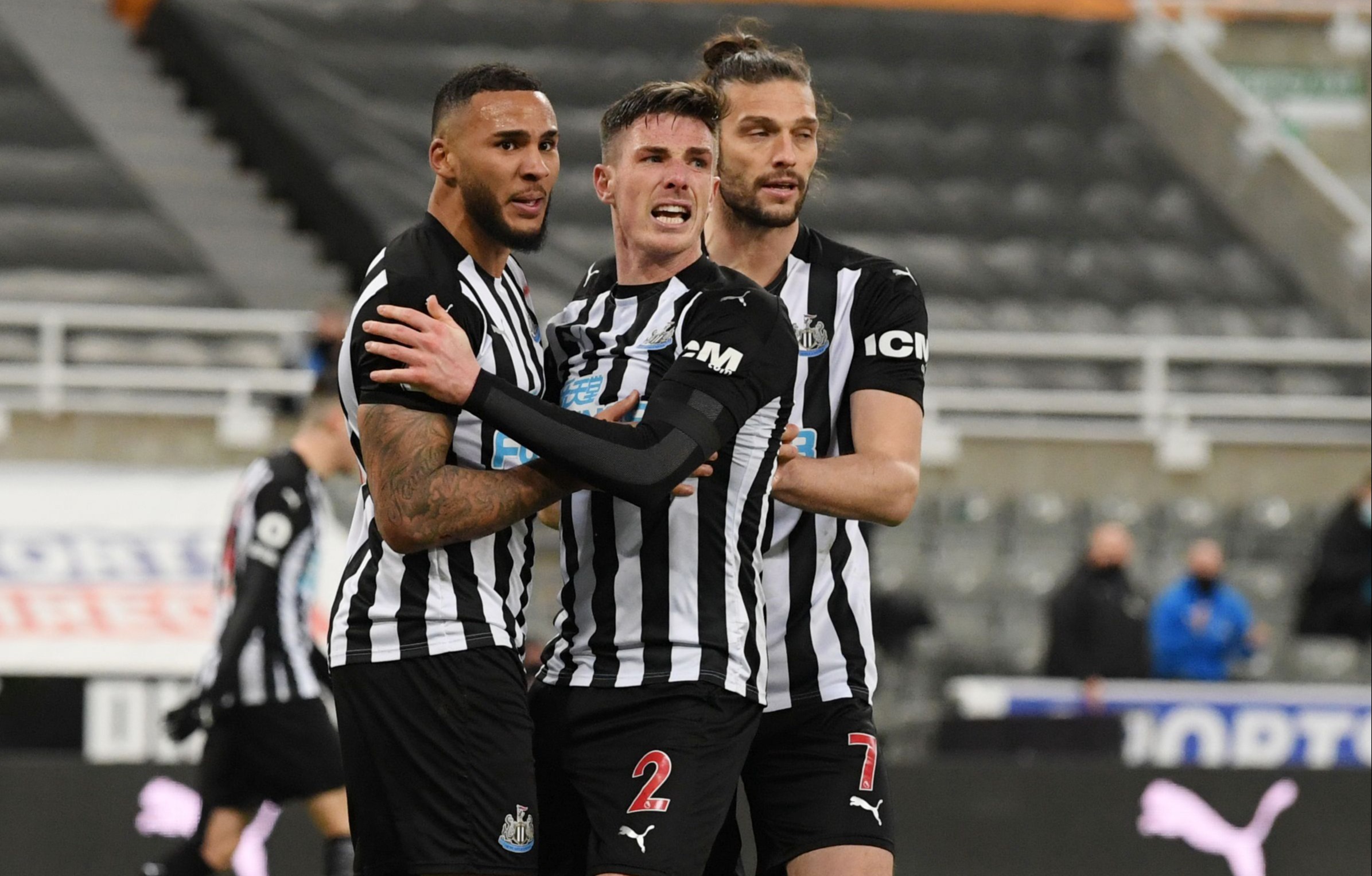 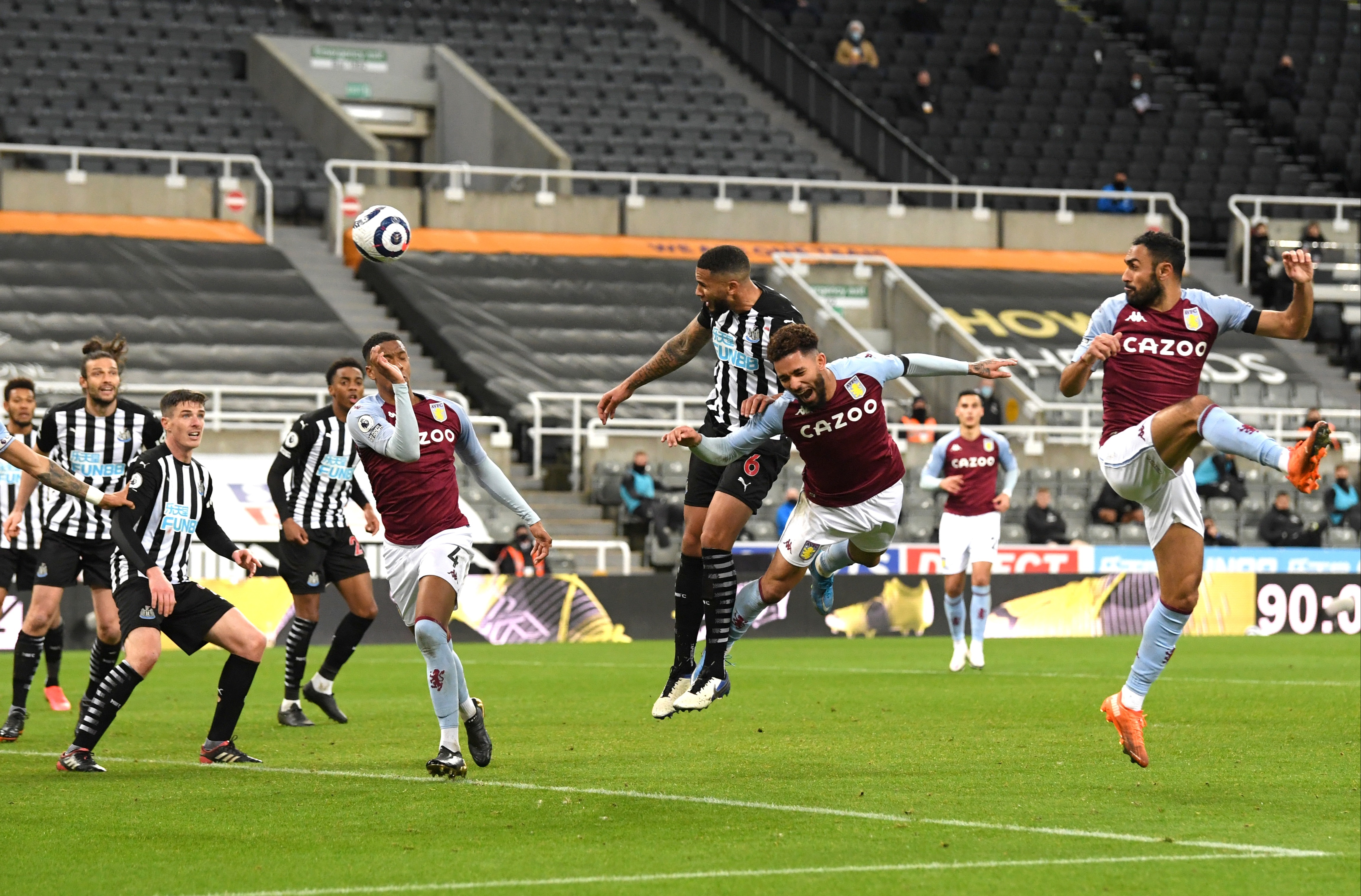 The calls for Mike Ashley to sack Bruce by the end of the night would have been deafening.

But Lascelles headed Jacob Murphy’s cross in with the last touch of the game to keep Bruce, the great survivor, just about afloat.

A point beforehand would not have been good enough, while defeat could have been critical for the Toon boss.

Instead, a last-gasp equaliser might just give them the momentum they need to pull themselves out of danger with 10 games to go.

In the 94th minute, it looked set to be the nerviest of weekends as the Toon Army watched relegation-rivals Fulham and Brighton from behind their sofas.

When Watkin’s header from Matt Targett’s cross deflected off Ciaran Clark and beyond Martin Dubravka, the writing looked like it was on the wall.

Dubravka then made a stunning late save to keep the Magpies in it.

And how crucial it was, with Lascelles darting across the near post in the 94th minute to power a header beyond Emiliano Martinez. 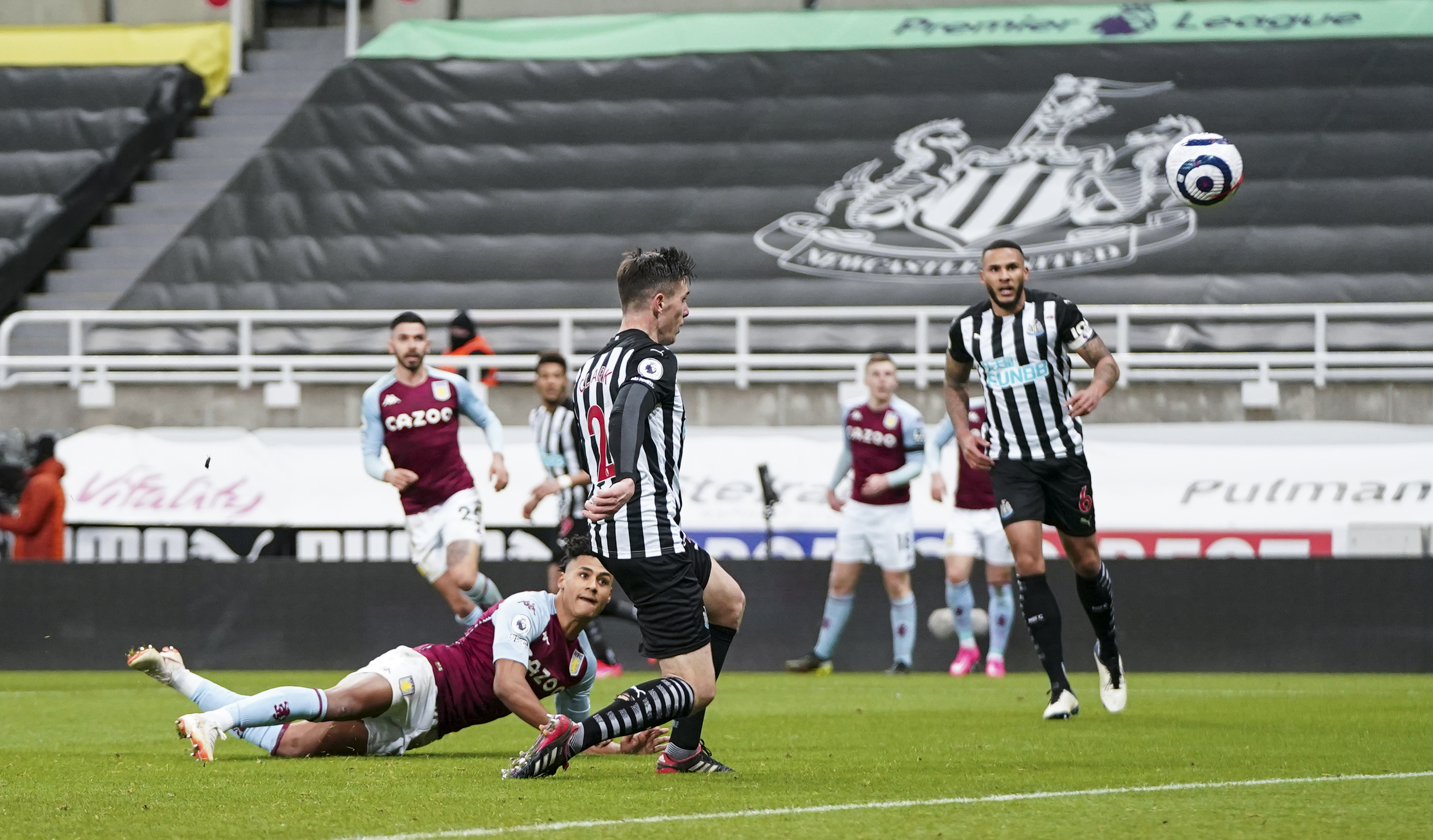 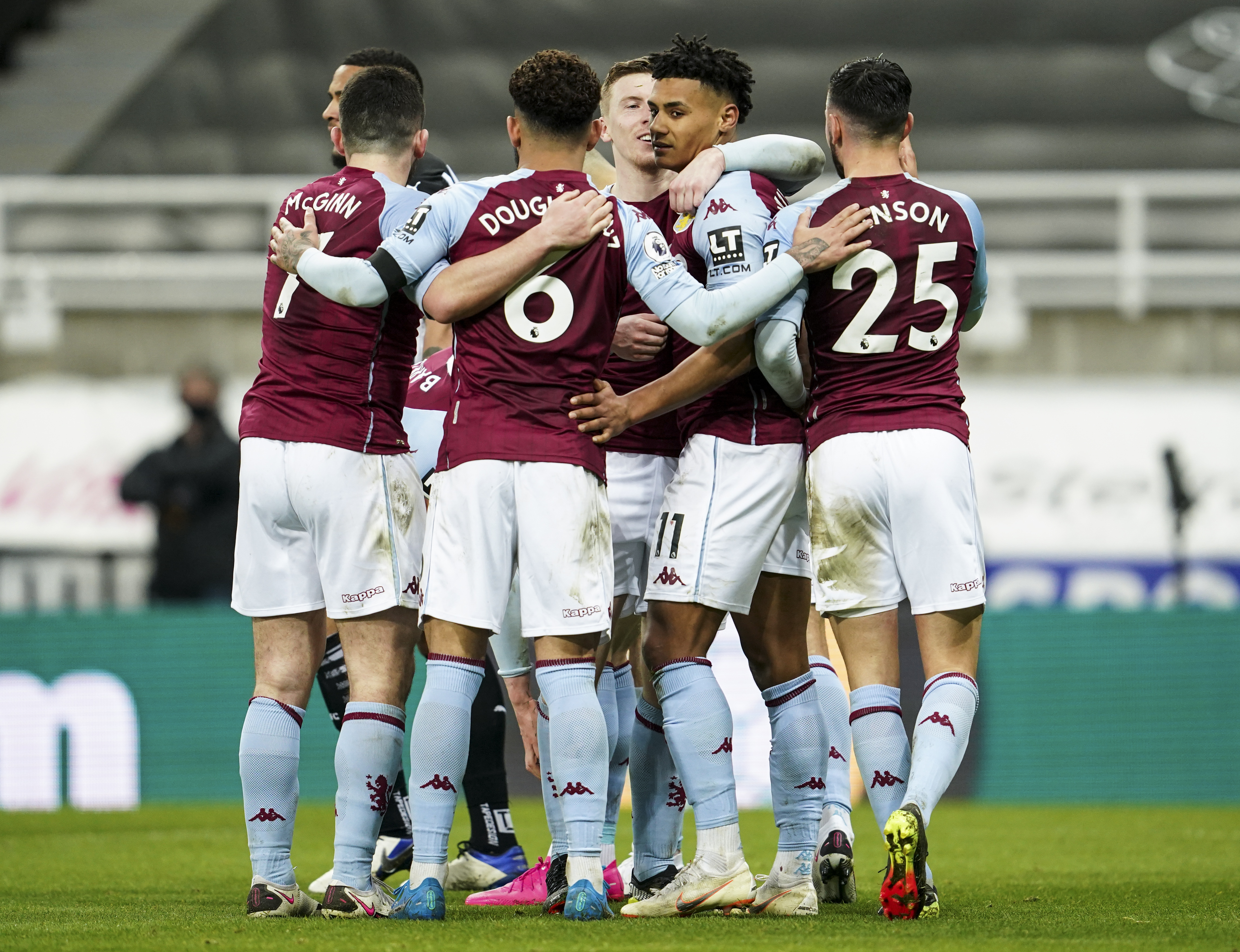 Villa were woeful for the most part and there for the taking.

And while it is just two wins from 17 league games, they should be bouncing into next weekend’s humdinger at Brighton.

It was Villa’s fifth game without inspiration Grealish, with Dean Smith bringing Jacob Ramsey into midfield for Morgan Sanson.

The Magpies were again without Callum Wilson, Miguel Almiron and Allan Saint-Maximin.

The trio have either assisted or scored 21 of their 27 goals this season, leaving Jeff Hendrick top scorer with two.

But the midfielder was dropped for Dwight Gayle, handed just a second start with the Toon desperate for a spark.

And the striker -playing in an unfamiliar role on the left – linked well with Ryan Fraser and Joelinton early on, leading to the Scot firing a volley straight at Emiliano Martinez. 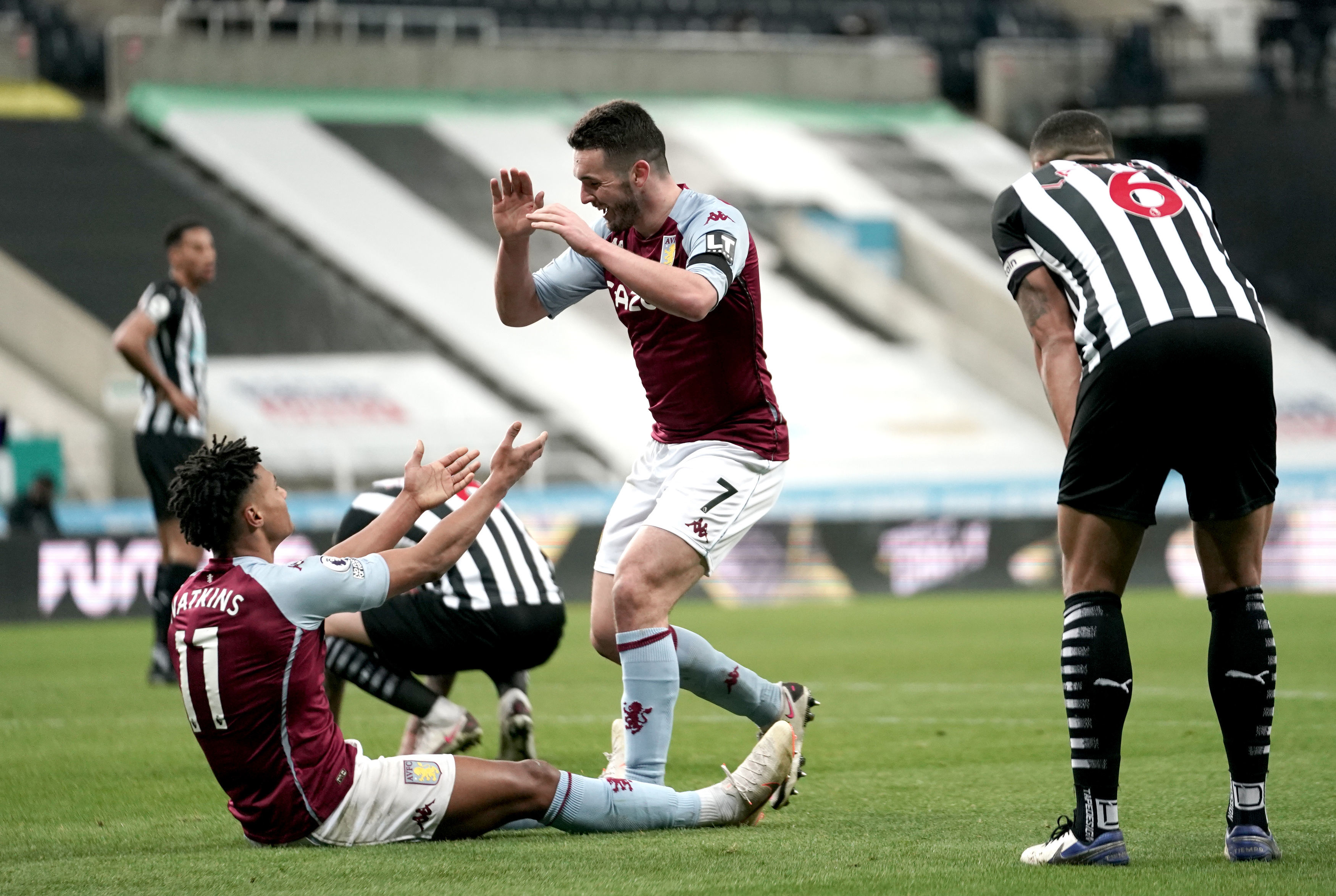 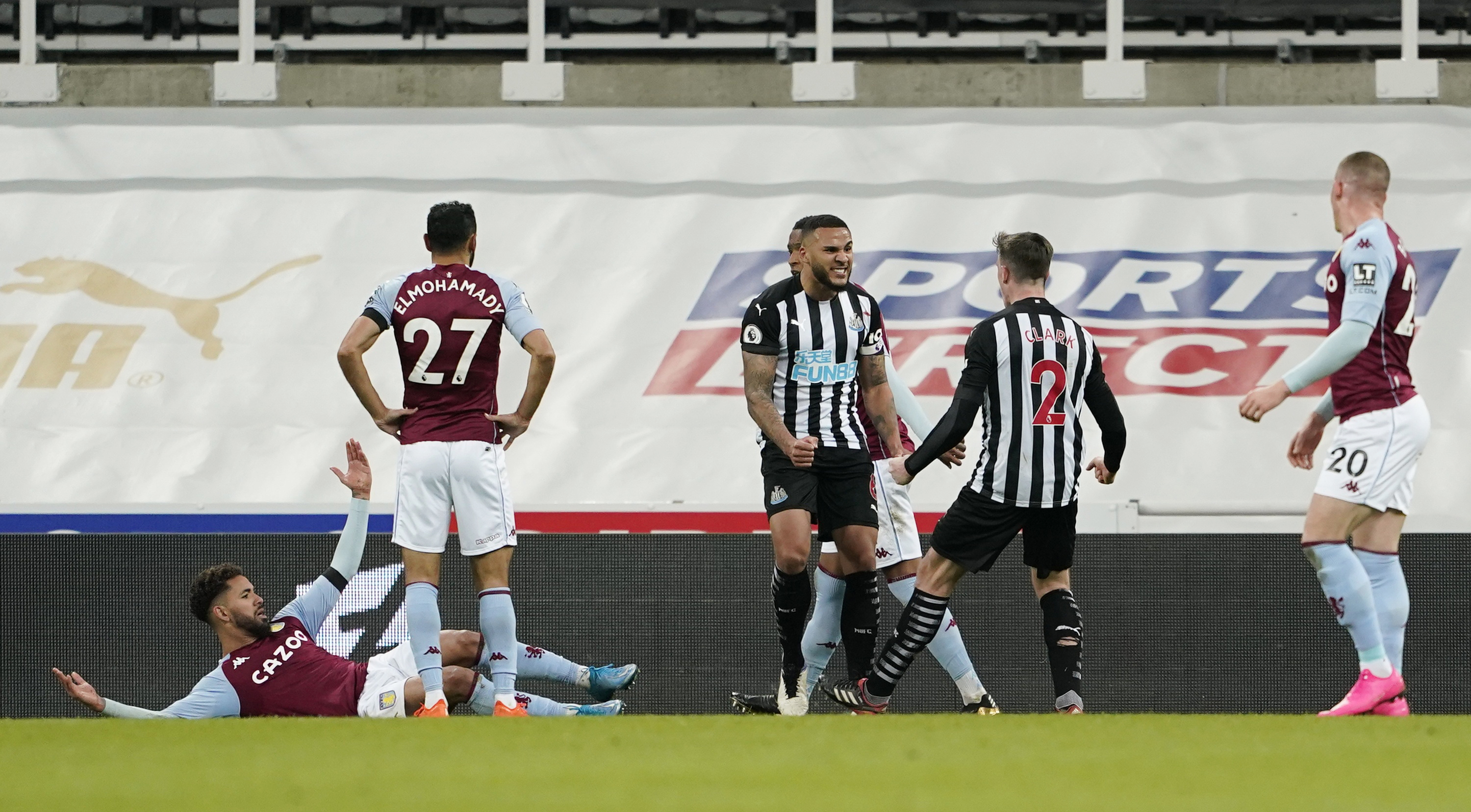 Joelinton then had a great chance after shrugging off Tyrone Mings down the right but, just as he shifted it onto his right foot, Ezri Konsa slid in to block.

The £40million forward, with only one goal this season, is just terrified of shooting.

The Brazilian had done all the hard work but, as Toon fans know only too well, butchered it at the moment of truth.

Bertrand Traore started the brightest for the visitors but was forced off clutching his ribs 21 minutes in after clattering into the metal advertising hoardings behind the goal.

Replaced by Anwar El Ghazi, Trezeguet moved to the right wing and stung Martin Dubravka’s palms from a tight angle.

But with both sides missing their big guns there was a horrible lack of quality up top.

Plenty of good positions were found, only to be fizzled out by mediocrity.

Then came the best chance so far and, fittingly for such a poor spectacle, it was almost a stunning own goal. 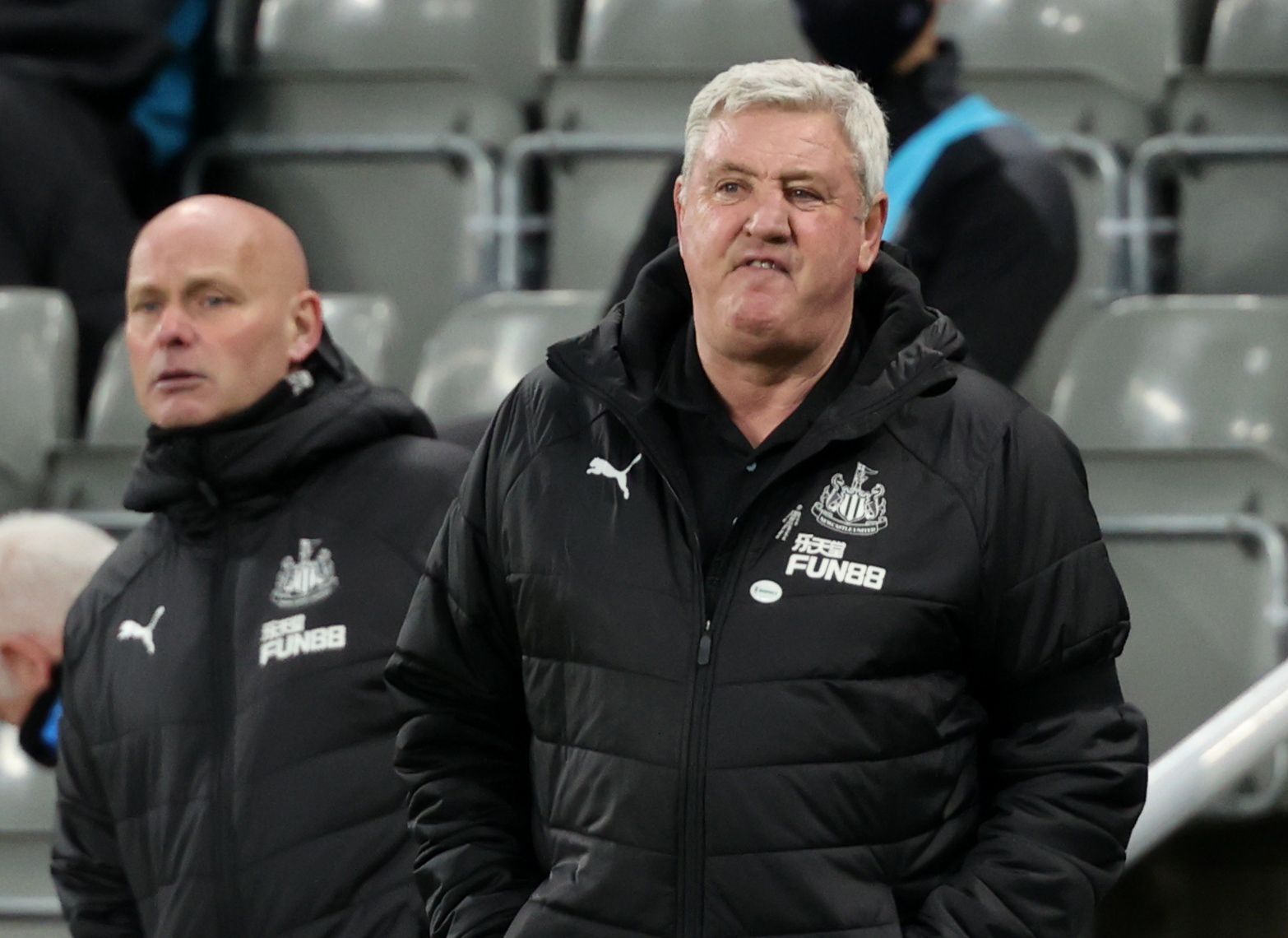 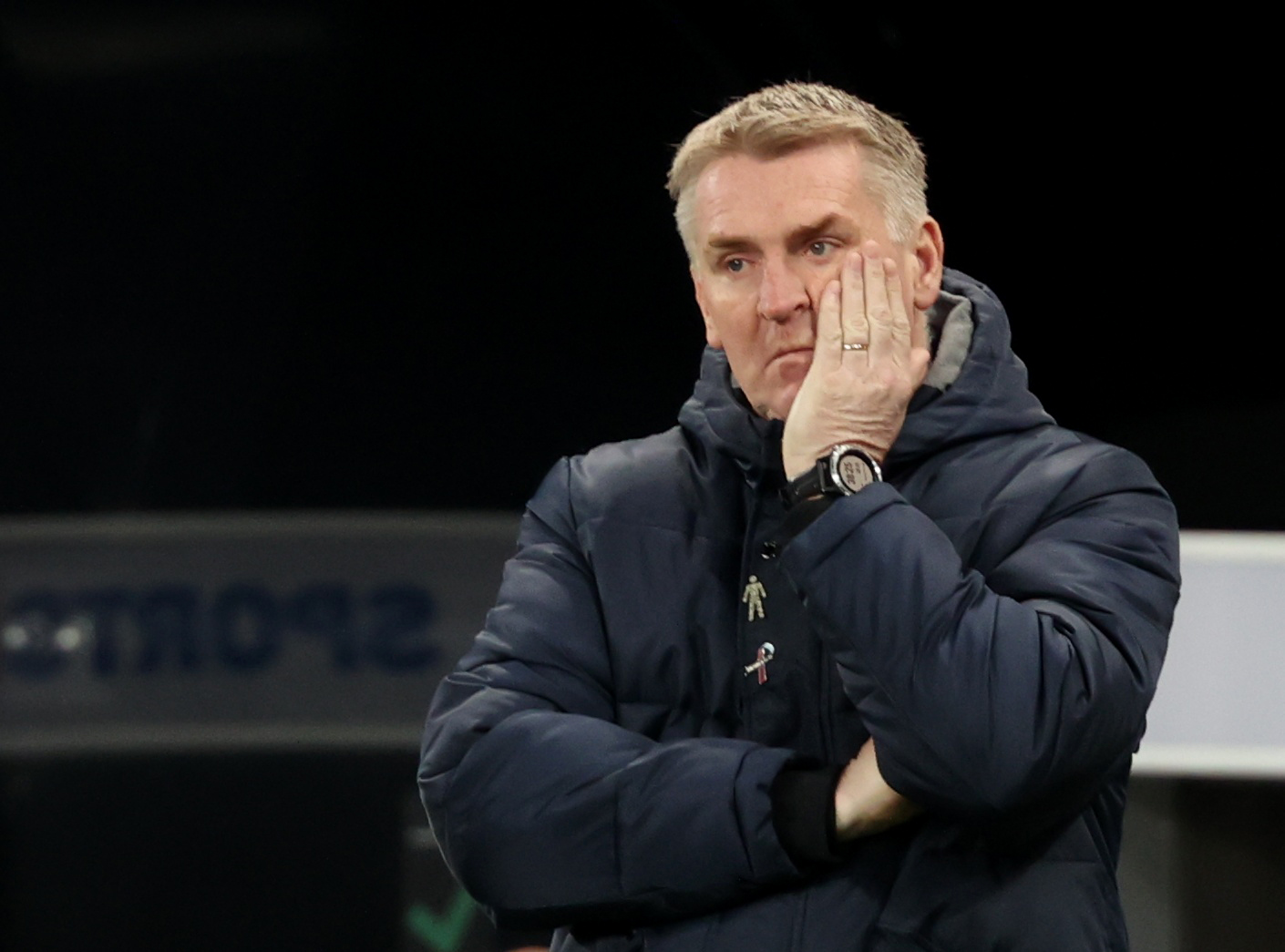 Targett got himself in a mess trying to deal with a deep ball in from the left and ended up nodding off the back of head towards his own goal, with Martinez alert to dive right and save.

It was Newcastle pushing now and Joelinton again found himself in on goal down the right.

He could have shot at the near post or played it across goal to the incoming Gayle.

Instead, to the surprise of nobody, he tried to pull it back for Fraser, the cross was cut out, and the chance was gone.

Sub Murphy should have won it late on with one of his first touches after working some room 15 yards out.

But he smashed it off the bar – and they were made to pay in the 86th minute.

Matt Targett’s cross was flicked on at the near post by Watkins and off Ciaran Clark beyond Martin Dubravka.

But just as it looked like Bruce’s time may well be up, up stepped Lascelles to thump home Murphy’s cross.