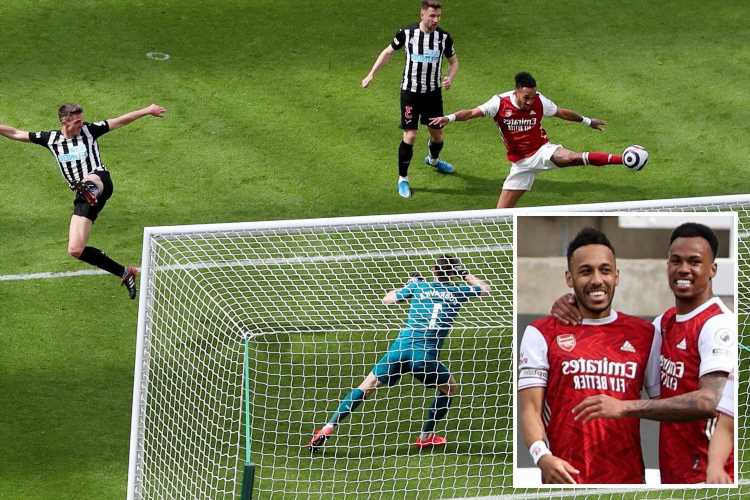 MOHAMED ELNENY and Pierre-Emerick Aubameyang struck as Arsenal turned on the style to give fresh hope ahead of their do-or-die Europa League second leg against Villarreal.

Elneny bagged his first ever league goal in his fifth season after just five minutes before skipper Aubameyang settled it 66 minutes in. 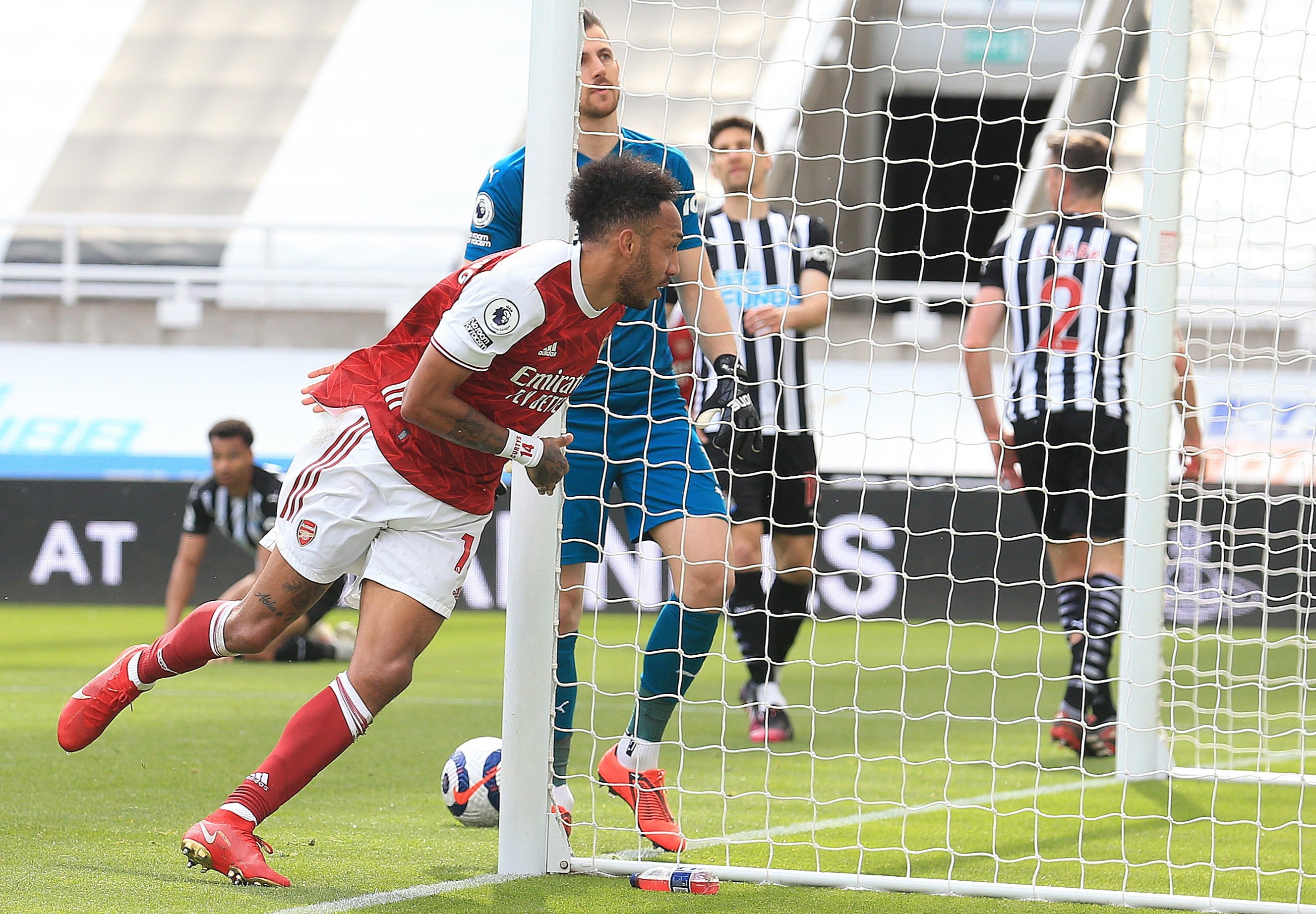 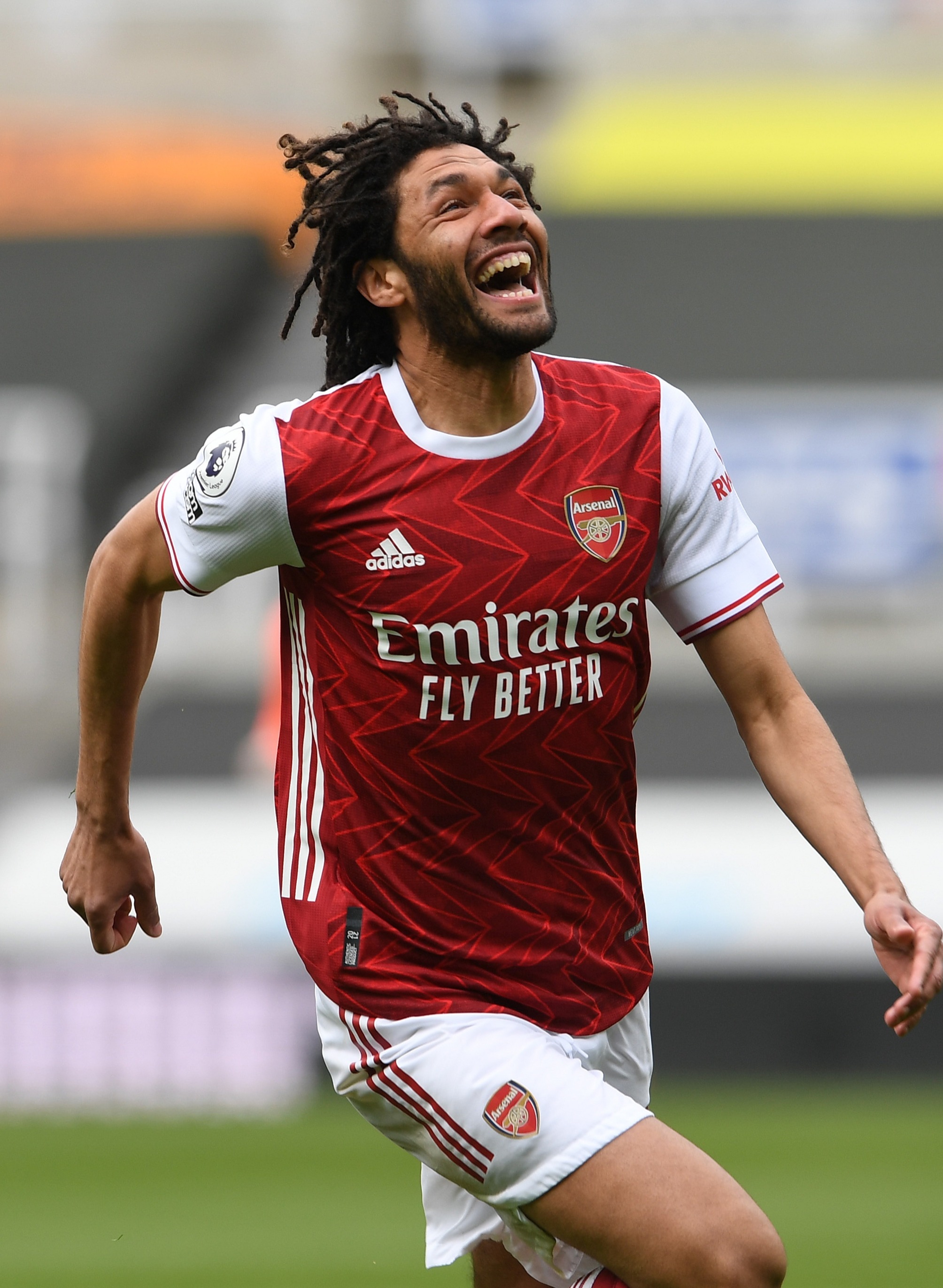 Victory moves Mikel Arteta’s side up to ninth, four points off rivals Tottenham in seventh, the last European place.

But all eyes are on the Europa League semi-final second leg at the Emirates, with the Gunners looking to overturn a 2-1 deficit.

Arteta made eight changes from the defeat in Spain but, after this stellar showing, the ‘reserves’ could justifiably claim they deserve a shot to fire Arsenal into the final.

It was Aubameyang’s sixth goal in his last five against Newcastle, and the Gabon striker will surely start against Villarreal following the disastrous ‘false nine’ experiment in the first leg.

Gabriel Martinelli must be in the running for a start too as, playing wide on the left, he gave Jacob Murphy a torrid afternoon before bagging the assist for Aubameyang’s winner.

Newcastle were woeful throughout, playing as if they know they are safe after an unbeaten April.

The Magpies have now lost 17 of their last 18 against Arsenal in all competitions, with Newcastle manager Steve Bruce mustering just two wins against them in 24 games.

Toon talisman Callum Wilson was back for a first start since early February having come off the bench in the last three. 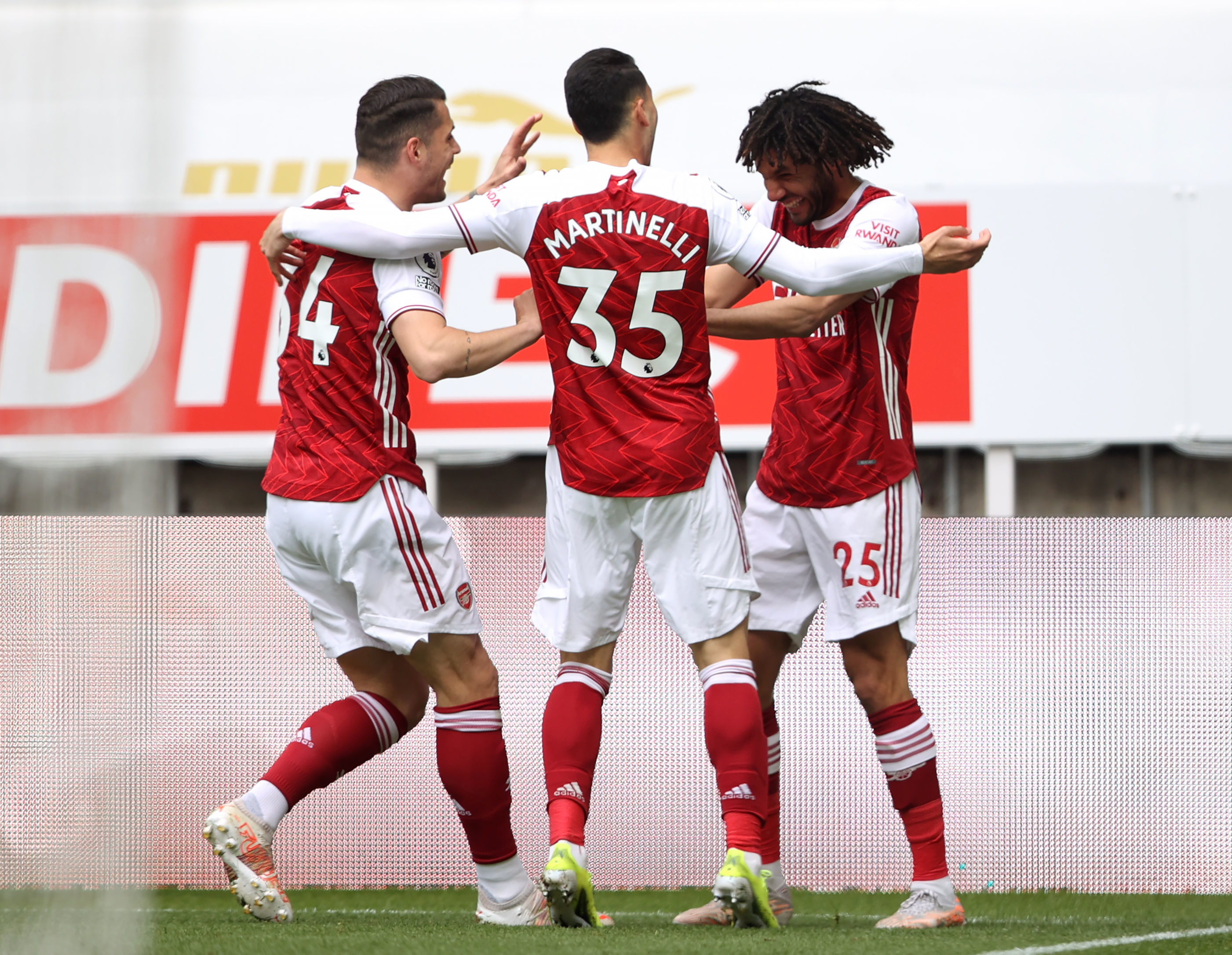 With all eyes on Thursday, Arteta made eight changes from the 2-1 first-leg defeat at Villarreal, with only Martin Odegaard, Dani Ceballos and Granit Xhaka retained.

And four of the second string combined to put Arsenal ahead five minutes in.

With the freedom of St James’ Park, David Luiz played a cute ball over the top to marauding right back Hector Bellerin.

The Spaniard hared to the by-line and crossed to Aubameyang – in for his first start since April 3 after battling malaria – but the skipper completely fluffed his lines.

Bouncing towards the edge of the box, Elneny was on hand though to hammer low, first time, beyond Martin Dubravka.

With safety all-but secured, the Magpies were a shambles in the opening half.

Bruce talks about how the odd ‘hand grenade’ detracts from real progress.

And here was another, with the north Londoners, there for the taking, given the easiest of rides.

Allan Saint-Maximin was a rare spark, forcing Matt Ryan to backpedal and tip over.

Otherwise it was all Arsenal, who had plenty of chances to extend their lead before the break. 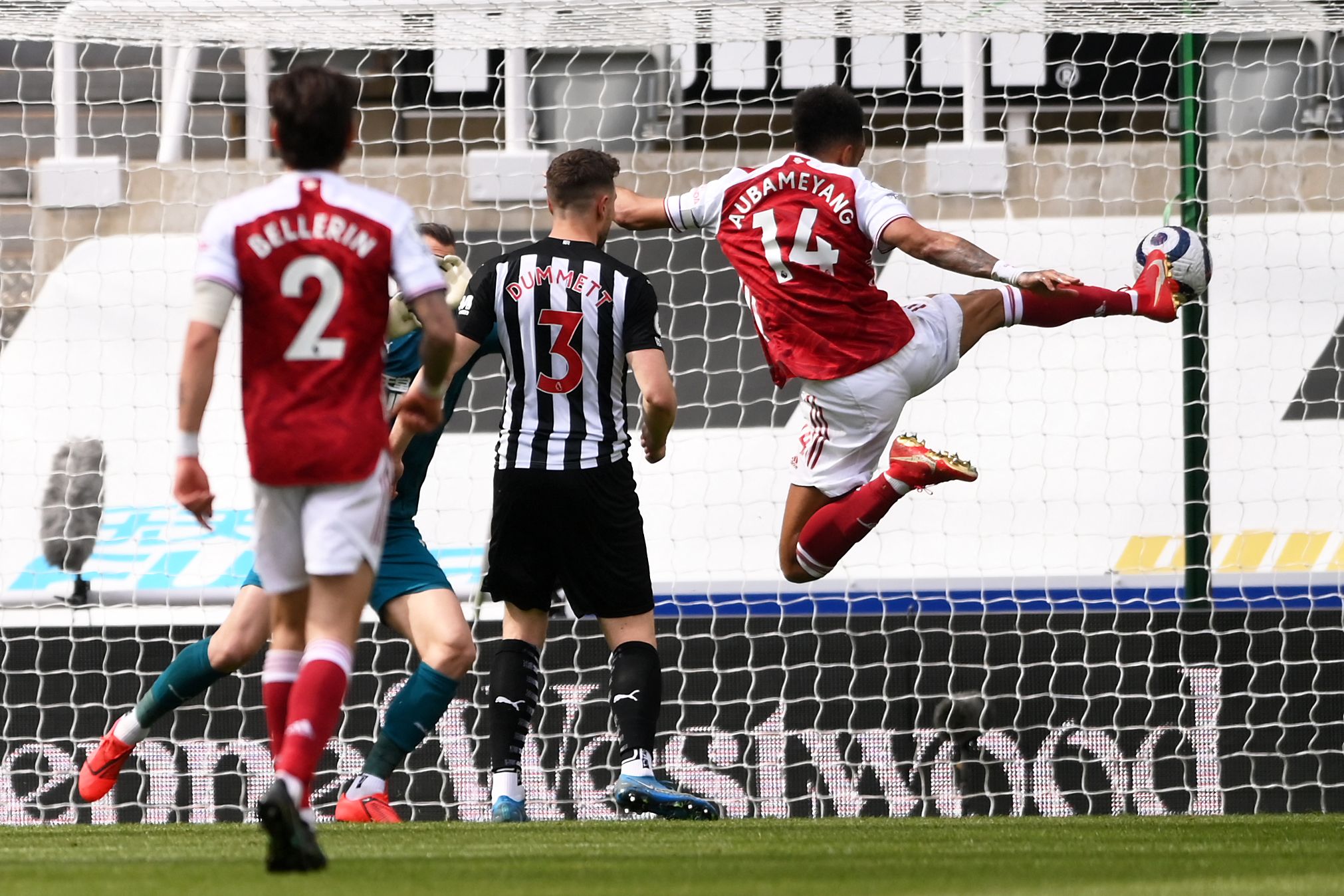 Stand-in left-back Granit Xhaka unleashed one from long-range, with Dubravka turning behind at full stretch.

From the corner it was that man Elneny again, looking to double his career tally, but his free header was cleared off the line by Miguel Almiron.

The first negative for Arsenal came five minutes into the second half when the impressive Luiz hobbled off looking disconsolate clutching his hamstring.

With his contract up in the summer, that could be it for a Brazilian in a red and white shirt.

Xhaka, suspended for Thursday’s humdinger, was then lucky to escape a second yellow from ref Mike Dean following a cynical bodycheck on Sean Longstaff.

And after 20 minutes of next to no goal action, the Gunners turned on the style to make it game, set and match.

As clinical as can be, some lovely one-touch, give and go play saw the ball moved to Martinelli on the left.

The Brazilian whipped in a beauty to the far post, where Aubameyang was lurking to hook in on the stretch.

And life got even worse for the hosts when sub Fabian Schar was shown a straight red at the death for flying through the back of Martinelli.