NEWBURY hosts a competitive day of action on Saturday, with the Mares' Novice Final the feature race.

We've all got all you need to know about the big meeting right here. 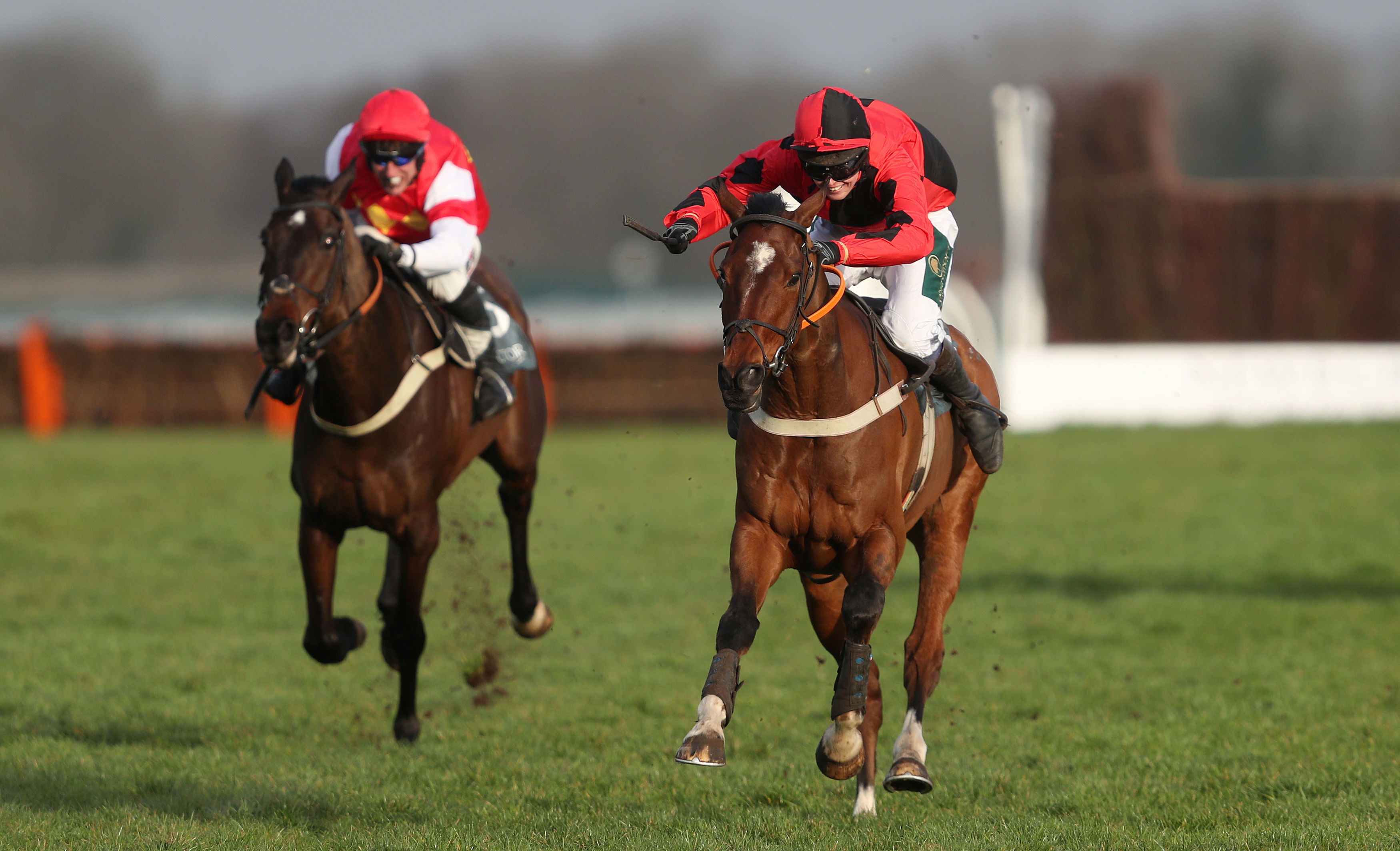 A competitive contest to kick off the card, and likely favourite STRONG PURSUIT appears to have plenty in his favour.

He was a fine third on reappearance and will strip fitter for that effort. A first-time tongue-tie will help him and Dicky Johnson is a good booking as he likes to go from the front.

This is a tough one to work out, with a host of unexposed juveniles lining up.

ELYSEES makes most appeal, though, with his second behind the smart Quel Destin looking the strongest form in his line up.

He was great returned to the level last time but should be happier back over hurdles now.

Friend Or Foe is an obvious danger for Paul Nicholls, though a first-time tongue-tie is a slight concern on just his fourth start. Idilico needs respect, too.

The Skeltons have been in fantastic form lately and their ETAMINE DU COCHET makes plenty of appeal from the bottom of the weights.

She's had a wind op since last seen and that could help her eke out that little bit of improvement she needs.

Off The Hook beat a big field last time and is worth respect, while the progressive The White Mouse can go well from the top of the handicap.

A trappy little handicap can go the way of GALA BALL.

He ran a cracker on reappearance when finishing second in the Greatwood Gold Cup, and if he improves for that is the one to beat.

Cobra De Mai saw off Got Away last time and the pair can fill out the places.

Plenty of dead wood in this and it gives SUNRISE RUBY a big chance to make it two out of three.

She was a bumper winner last year before producing a nice hurdles debut last time after a break, where she finished second.

French import Elisezmoi almost certainly has a lot of talent and should go well for Gary Moore, while Makety finished second behind a very smart one last time out and could pose a threat.

The return of the very promising GET IN THE QUEUE, who has won both his starts in they style of a very useful horse.

He has to carry a double penalty but it would be a bit of a shock if he got beaten here.

Nimby, who carries the same colours, looked very sharp on debut and can follow him home, with Hotter Than Hell picking up third spot.

This isn't a particularly good race and gives LILLINGTON the chance to follow up his course win last time.

A 6lb rise doesn't handicap him out of things and this doesn't look any tougher.

Master Work is consistent for all that he looks on a stern enough mark, while Darebin usually runs his race in this sort of contest.