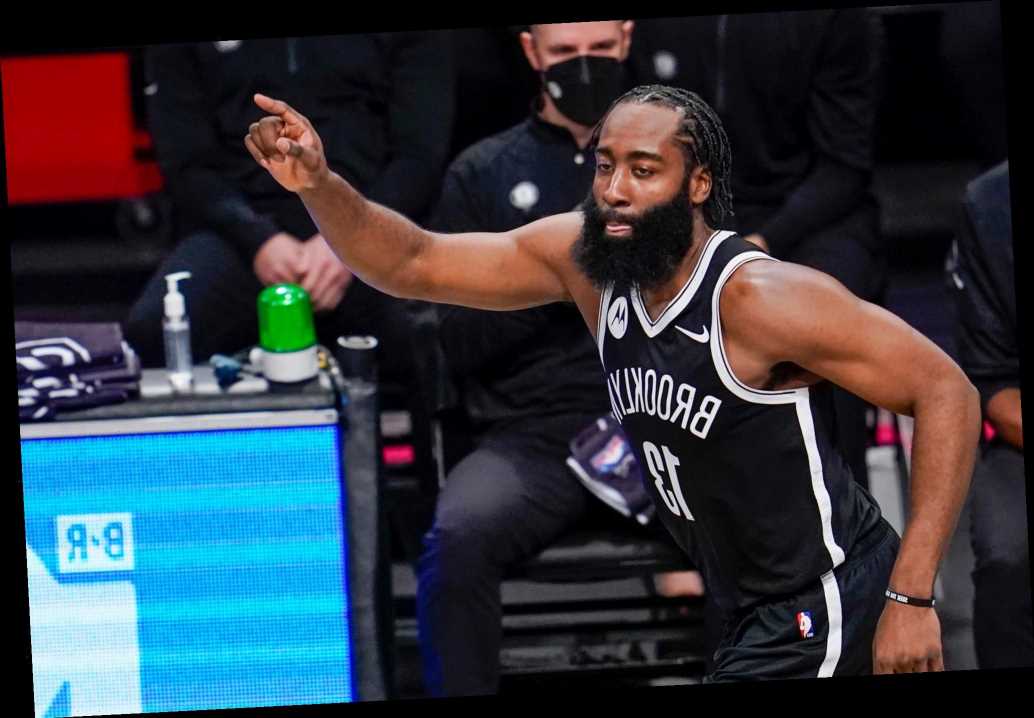 RJ Barrett is blossoming before our eyes in promising Knicks sign

The Forgotten: Ex-ABA players are struggling to get the help they need

This was the sequence that defines James Harden, the good and the bad, the beautiful and the brazen and everything in between. Here, in the space of five seconds, maybe six, was enough for his detractors to jump on, enough for his supporters to fall behind, both sides able to state their cases in a grandiloquent basketball debate.

There were 41 seconds left in the fourth quarter of this wildly entertaining game between the Nets and the Milwaukee Bucks at Barclays Center. Khris Middleton had just given the Bucks a 123-122 lead, the fifth lead change in the prior two minutes, the teams seesawing and pingponging and challenging each other in the most important minutes of the game.

(Neither of these teams will ever be confused with the Bad Boy Pistons or the Riley/Oakley/Mason Knicks of the ’90s on defense but, goodness, both of them know what they’re doing on the other end of the floor. Can we fast-forward to a best-of-seven sometime in May, please?)

Harden had the ball behind the 3-point line, still 12 seconds left on the shot clock, but this is what he’s done for years: in the final minute, with a whisker of space, he’s going to launch. He missed. For half a second, it felt like the Bad James storyline might carry the day, that the Bucks would steal this and run to the airport.

But in that half-second, Good James answered.

It was Nets 125, Bucks 123. It would end that way, Middleton’s 23-foot 3 at the buzzer rattling in and out. Harden would walk away with a full linescore — 41 minutes, 34 points, 12 assists, six turnovers — and the Nets would walk away with their most impressive win of the season. Not a bad night in Brooklyn for the new kid in town.

“That’s who I am,” Harden would say later. “The good thing about me is, I’m not a one-dimensional player. I can impact the game in many ways. If Kevin Durant is open at the top of the key I have to get it to him and let him do what he does best.”

There were still some remnants of Bad James, of Houston James, of the one-man band whose Rockets teammates often seemed like superfluous annoyances. Old habits are hard to break. Long-standing muscle memory doesn’t always vanish just because you want it to. There were forced shots. There were forced passes. He copped to all of that.

But there was also the game’s closing sequence. There was the miss-rebound-assist to Durant that sealed the game, but there was also a splendid feed to Joe Harris the possession before, one that set Harris up for a 3 that turned a 121-119 Bucks lead into a 122-121 Nets lead.

There was his usual assortment of fearless drives, and a 13-for-25 shooting night. Mostly, there was a hint of what’s possible with Durant as his wingman, with the looming specter of what’s to come once Kyrie Irving returns to the mix.

There’s more learning to come. There’s more familiarity to come. Maybe someone in a Nets uniform might even guard someone in an opposing uniform before the winter is out; anything is possible.

For now, this was a pretty fair dress rehearsal, a tough test against a team that has lorded over the East the past two seasons, a team the Nets will likely get to see much more of when the weather turns warm.

“We need to go through nights like this together,” Nash said. “These are important nights for us, win or lose.”

What’s apparent, two games into this grand experiment, the Harden-Durant reunion that was so appealing to both men is real and it’s legitimate, even after eight-plus years of separation.

“We were young in Oklahoma City,” Harden said. “We’re grown men now. We really know the game now. We’re not young guys who only want to shoot and dunk. We’re more advanced.”

Durant: “It’s IQ. We were young and wide-eyed then, experiencing things for the first time then. We’re different players now.”

“I sit back,” Harden said, “and know what kind of player Kevin Durant is. For me it’s not trying to compete with that.”

If that’s true, if that’s so, if that’s really the version of Harden the Nets are getting, the one that sealed this feel-good game? Then maybe Bad James really might have been left behind at the Texas border.

Marvel movies and rumors go together like peas and carrots, so we can forgive fans for being a little skeptical...