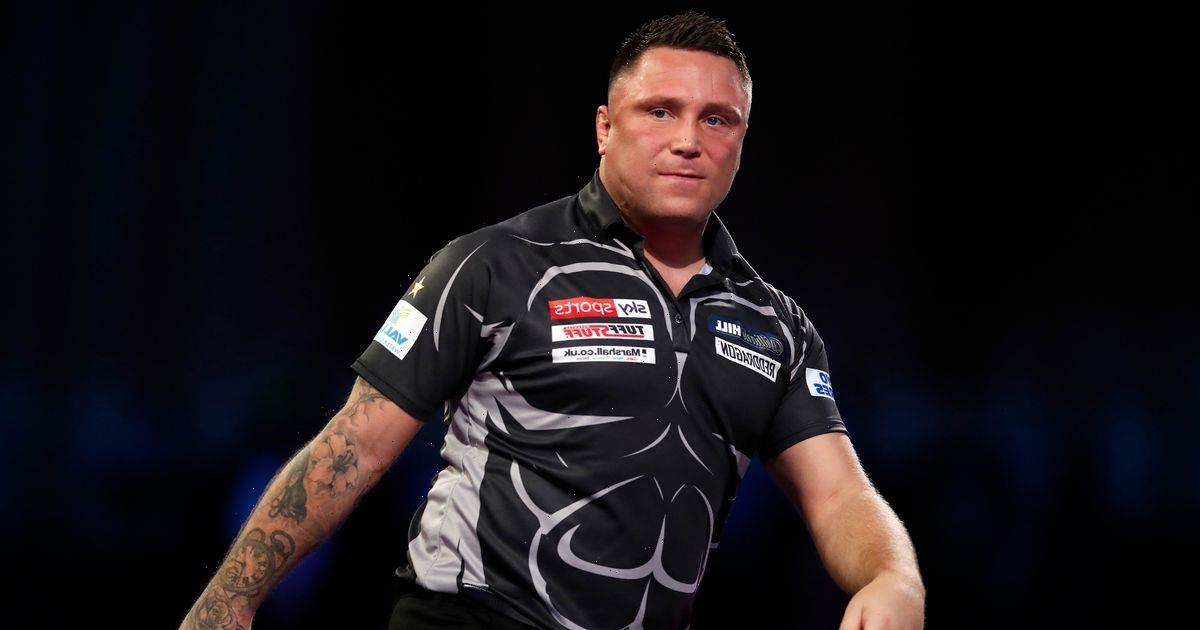 Wayne Mardle has predicted early exits for Gerwyn Price and the in-form James Wade when Glasgow hosts the next round of the Premier League darts.

It has been a troubled first half of the year for 2021 world champion Price, who has played on with a hand injury, which forced him to pull out of the charity boxing match. The Welshman has also complained about his heavy schedule and the Premier League’s new format – and intends to taper down his workload to get himself mentally right.

Wade, in contrast, is in wonderful form, winning two of the last three weeks in the Premier League to go level of points with second-placed Michael van Gerwen. Here’s what Sky Sports commentator and William Hill ambassador Mardle expects to happen at the OVO Hydro tonight…

Mardle’s prediction: These two have been doing the business on a Thursday night, and Wade has won two of the last three. They’ve met on four occasions and it’s two apiece. I just think Jonny Clayton is more likely to produce a higher level of darts than James Wade. I think Jonny will go on and win the week.

Who will win the Premier League darts? Have your say in the comments section below.

Mardle’s prediction: Michael Smith is playing better than his results would suggest. People are playing well against him. I think, on the night, Smith will be better than Price. Price keeps going on a negative streak. He keeps mentioning these negative phrases like ‘I want a break’ and ‘my hand still hurts’. There are not many positives surrounding Gerwyn Price’s game at the moment, That doesn’t mean he can’t explode into World Championship-winning form at any moment, but for this I just fancy Smith.

Mardle’s prediction: I don’t fancy Joe’s chances, he was appalling last week [in Dublin]. I felt for him, you could see he was getting a little embarrassed. He’s not played well in this Premier League. He’s done some good stuff, but in general he’s not been anyway near as good as MVG, who won a European Tour event at the weekend and will go on a winning run when Major season begins after the Premier League. While I don’t think he wins in Glasgow, I think he beats Joe Cullen.