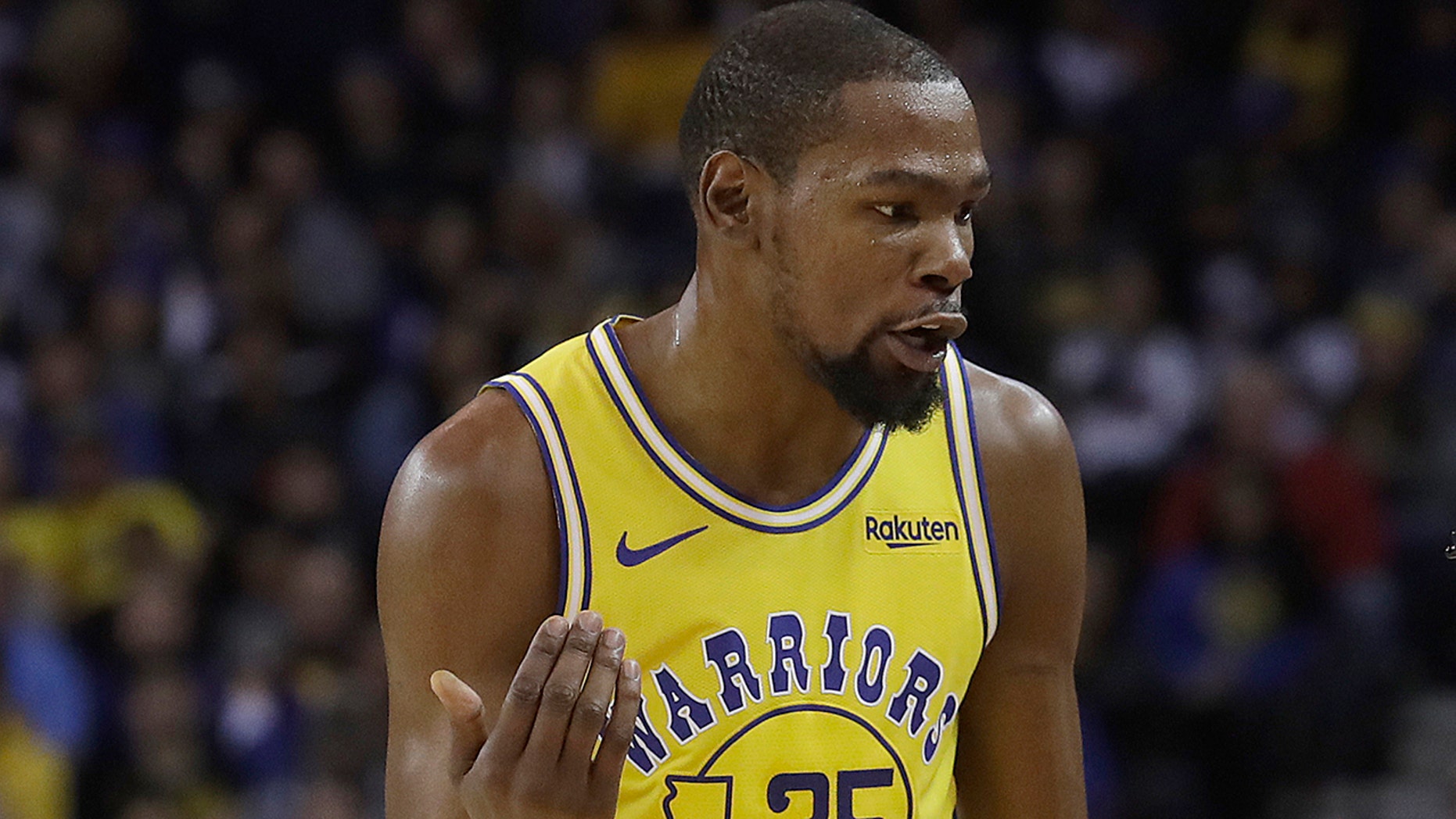 Golden State Warriors forward Kevin Durant (35) talks with referee Brian Forte during the first half of an NBA basketball game between the Warriors and the Phoenix Suns in Oakland, Calif., Sunday, March 10, 2019. (AP Photo/Jeff Chiu)

A close friend of Kevin Durant, whom the Golden State Warriors star has called his “adopted brother,” was fatally shot early Thursday outside a nightclub near Atlanta while celebrating his birthday.

Clifford Dixon, 32, was shot multiple times in the parking lot of the SL Lounge shortly after arriving at 1 a.m. He was rushed to Grady Memorial Hospital, where he died, Chamblee, Ga., police said.

Police have yet to arrest the gunman, who ran away from the scene, FOX5 Atlanta reported.

Dixon, who was born in Maryland, was hosting a birthday celebration at the bar, which he advertised on Instagram, the Atlanta Journal-Constitution reported. Police told the paper he was sometimes referred to as Durant’s “adopted brother.”

Dixon was taken in by Durant’s mother, Wanda, when he was 16 years old, the Oklahoman reported in 2014. She offered her condolences on Twitter.

"Our family was an extension of his & we shared wonderful memories. His transition is an incredible loss for all of us who loved him, he will be missed dearly," she wrote.

Durant hinted at their close relationship in a 2014 MVP speech when Dixon was among those the NBA star thanked, the Journal-Constitution reported.

“There are days I come home upset after a game or a practice and you just brighten my day up,” Durant, who was playing for the Oklahoma City Thunder at the time, said during his speech. “I thank you guys. I wouldn’t be here without you guys. This is our trophy, too.”

Dixon was himself a former athlete, playing basketball for Western Kentucky University during the 2009-10 season. He later went on to play overseas in Mexico, Austria and Brazil, according to the Louisville Courier-Journal.

Despite the loss of his friend, Durant played in Thursday night’s game against the Indiana Pacers, helping the Warriors to a 112-89 victory. Durant put up 15 points, six assists and three blocks.