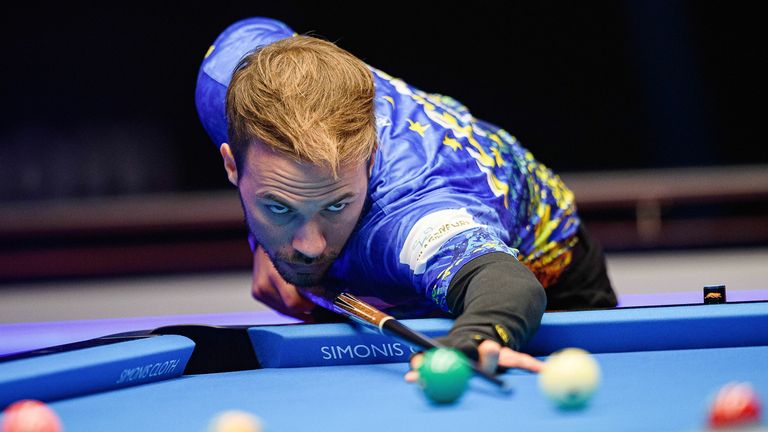 The men in blue appeared to be heading for a healthy overnight lead after opening up a 3-1 lead, but 37-year-old Shane Van Boening showed all of his years of experience to help drag Team USA back into the contest to leave it finely balanced.

The annual Europe vs USA 9-ball showdown opened, as is tradition, with a team match featuring all five players. 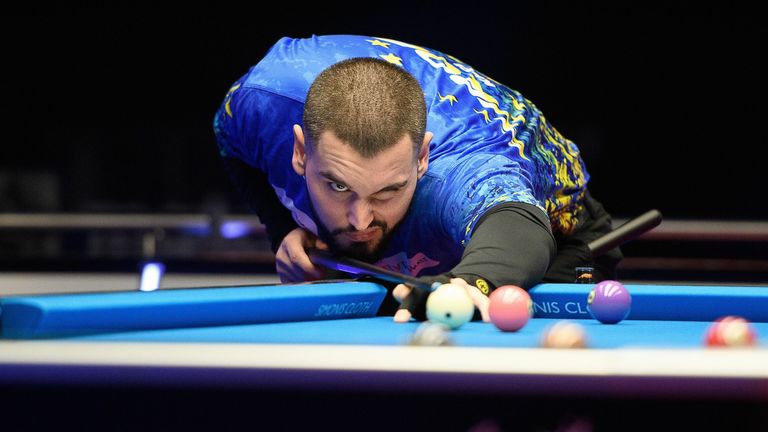 And it was Europe who made an electrifying start by surging into a 3-0 lead in the race to five. However, the defending champions hit back following an unfortunate foul by Eklent Kaci which set USA in motion and there was no looking back.

“I grew up watching it and I’ve always wanted to be a part of it. I’ve just got to do the most with every opportunity and see what happens,” said the 22-year-old. “I was nervous for sure but everyone else is too so it kind of helps me out a little bit.” 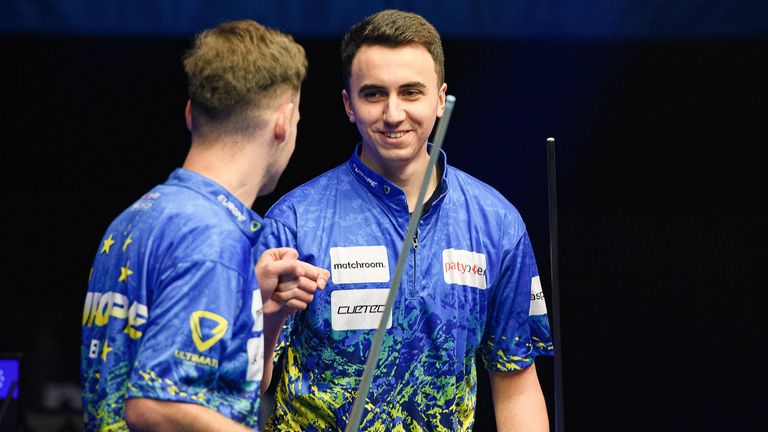 World champion Gorst announced himself on the big stage by nailing a stunning 9-ball bank to complete a fine 5-2 victory over Deuel and SVB. 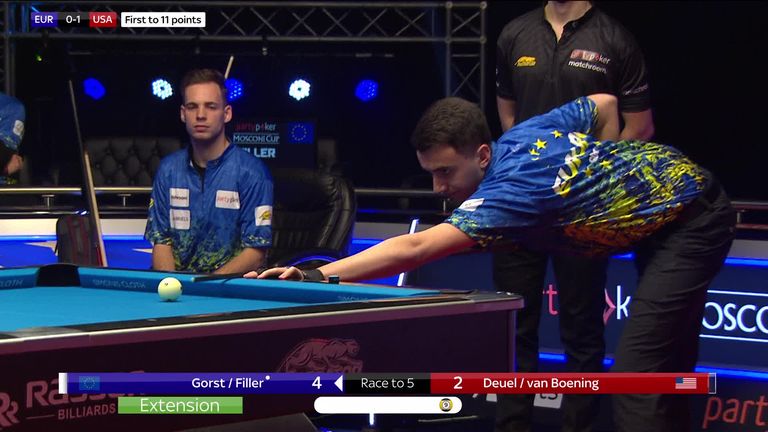 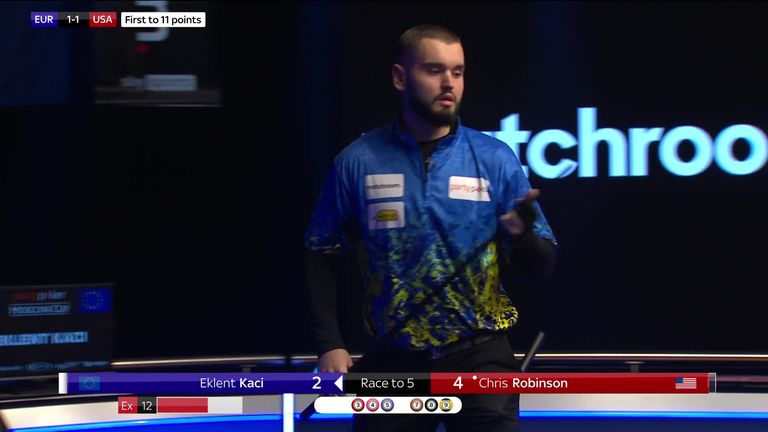 Eklent Kaci headed out for Europe in the first singles match of the competition as he went up against Robinson.

The debutant looked to be heading for victory at 4-2 but Kaci won the next then caromed the 9-ball to take us to our first hill-hill game which he won after Robinson failed to take his opportunity. 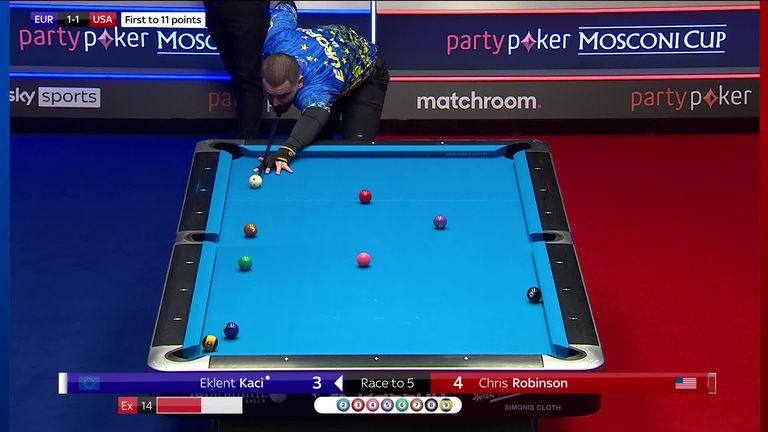 A lapse in concentration cost the Americans when Woodward failed to declare a push-out to give ball in hand to the Europeans who ran out comfortable 5-2 winners with one left to play. 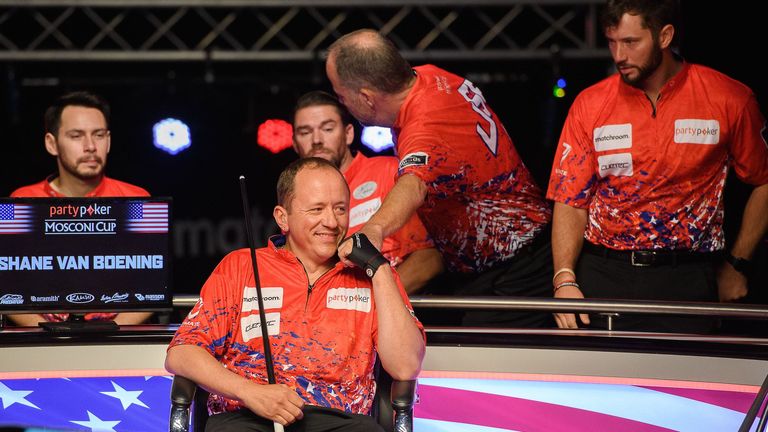 The fifth and final match of the evening saw ice-cool Austrian Ouschan return to the baize against five-time US Open champion Van Boening.

Veteran SVB found himself 3-4 down but he used all his prowess around the table to secure a valuable point to leave a titanic contest beautifully balanced heading into night two.

Catch all the action from 6.30pm on Sky Sports Mix. We start with a singles match, which will be the fan’s choice. That will be followed by doubles, singles, doubles and singles matches.

For those on the move, we will have the 2020 Mosconi Cup covered via our website skysports.com/more-sports, our app for mobile devices, and our Twitter account @skysportspool for latest news and reports from Tuesday, December 1 until Friday, December 4.