ALVARO MORATA'S wife has shared a cute picture of him in bed during her pregnancy.

Alice Campello was "so moved" by the image of the former Chelsea man that she decided to post it on social media. 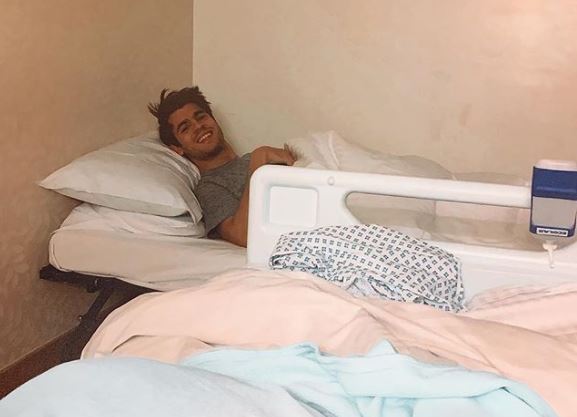 The Blues flop, who joined Atletico Madrid on an 18-month loan in January, changed his shirt number from nine to 29 to mark their birthday.

On Wednesday, Alice posted a long message to her love, who has impressed since returning to Spain, scoring four goals in eight matches.

It read: "I saw this picture by chance and I was so moved.

"You spend the nights sleeping in the hospital with me in a tiny bed when you had just come back from Germany for your back treatments and you were destroyed, waking up every hour to help me do everything.

"You had maximum five minutes to get something to eat and those five minutes you called me on the phone 20 times."

She finished the message by stating that "I could not love and esteem you more."