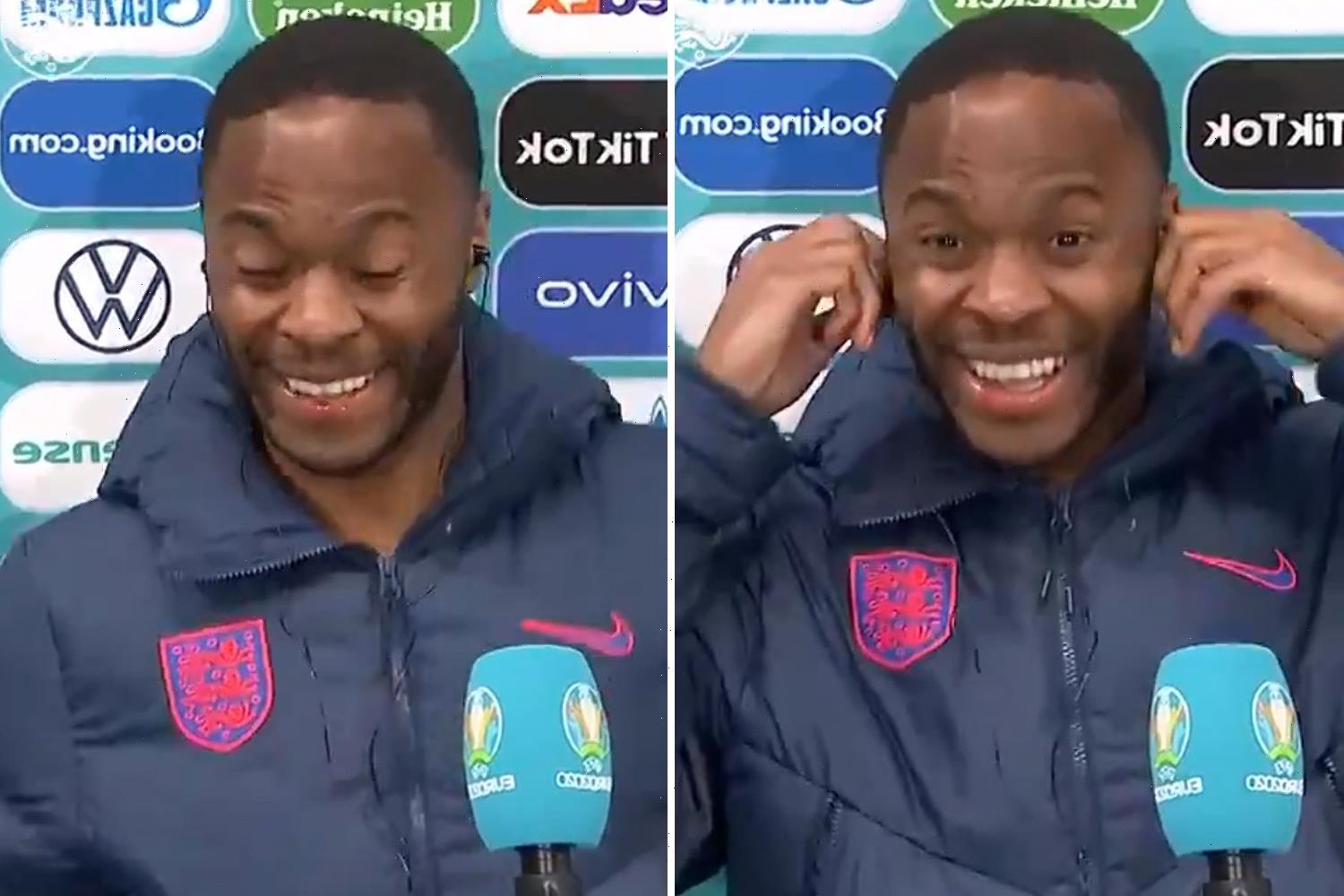 The 26-year-old scored a header in the 1-0 win on Tuesday night as the Three Lions secured top spot in Group D. 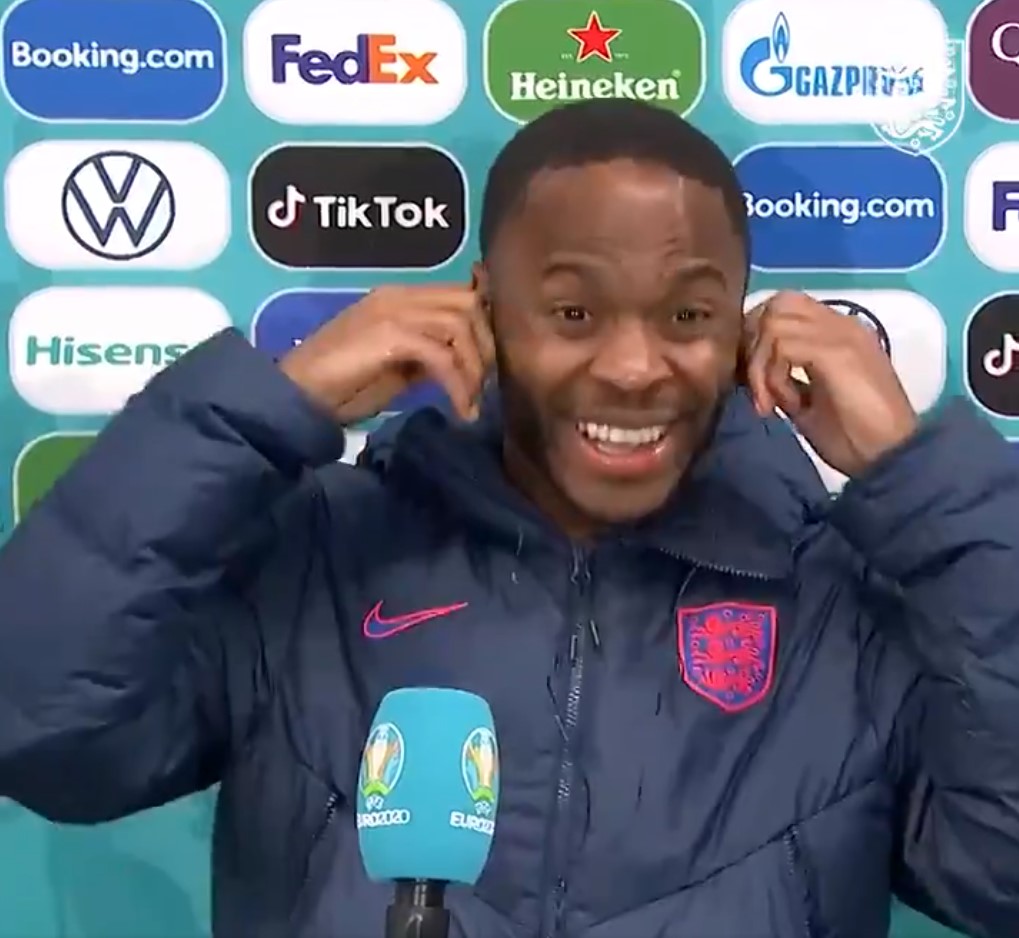 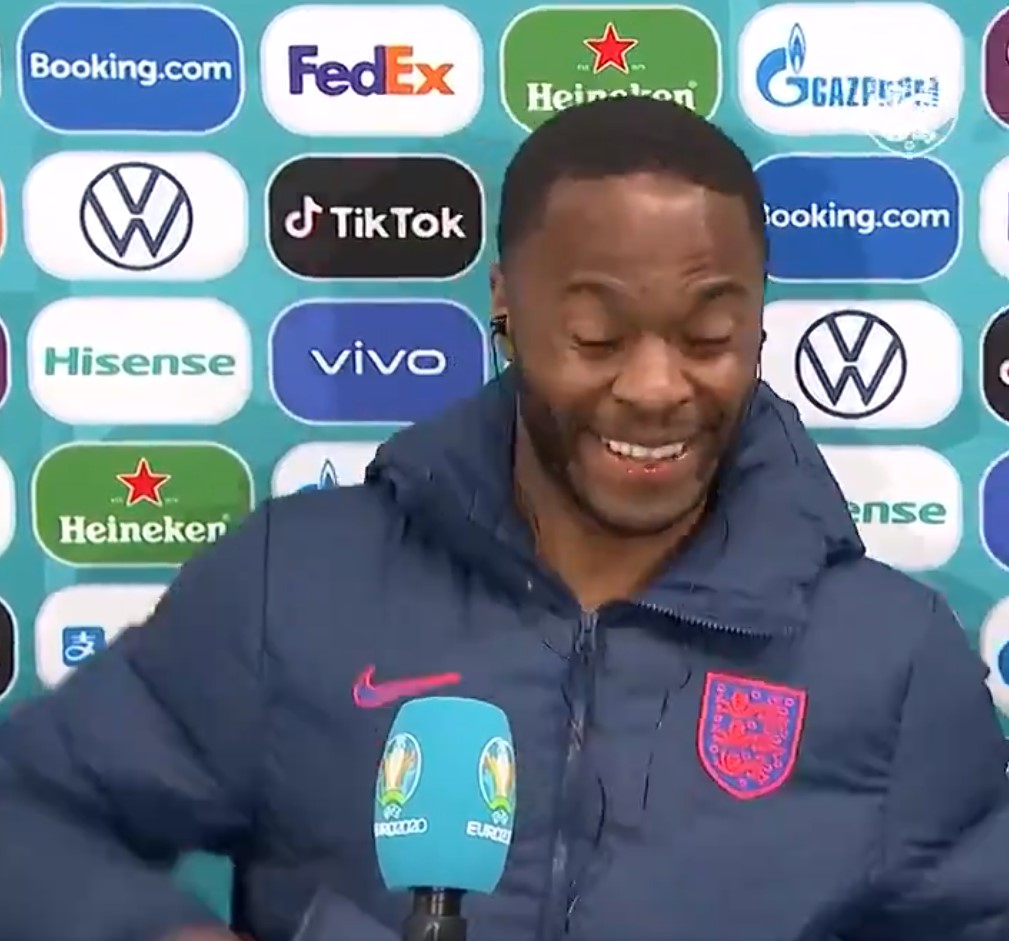 It was his second goal of Euro 2020 as he also fired home in the 1-0 victory over Croatia in England's opening match of the tournament.

And following Sterling's tap in against Czech Republic, the Manchester City winger spoke to the media to comment on his team's performance.

But unfortunately for the ex-Liverpool forward, who was wearing headphones in his post-match interview, the reporter was speaking too loud.

As the interviewer began to congratulate Sterling on a fantastic performance, the Arsenal target grimaced as he instantly pulled the headphones out of his ears.

He then asked for the volume to be turned down, before continuing to discuss England's win.

Fans instantly commented on the incident, as one user quipped: "Me when Robbie Savage is on commentary."

Another posted: "Watched it about eight times. Still laughing."

BETTING SPECIAL: GET RONALDO OR MBAPPE TO HAVE A SHOT ON TARGET AT 30/1

Sterling roared in his interview that England are not afraid of facing either France, Portugal or Germany in the last-16.

He told ITV Sport: “At some point you're going to have to face the best teams and that's the whole point of a tournament, to challenge yourself.

“Our objective from the beginning was to win the group.

“People were disappointed in the Scotland game but we didn't concede and that's the most important thing.

“We kept the ball better today, there was more attacking option and we got in the gaps really well and played some really good football at times.”