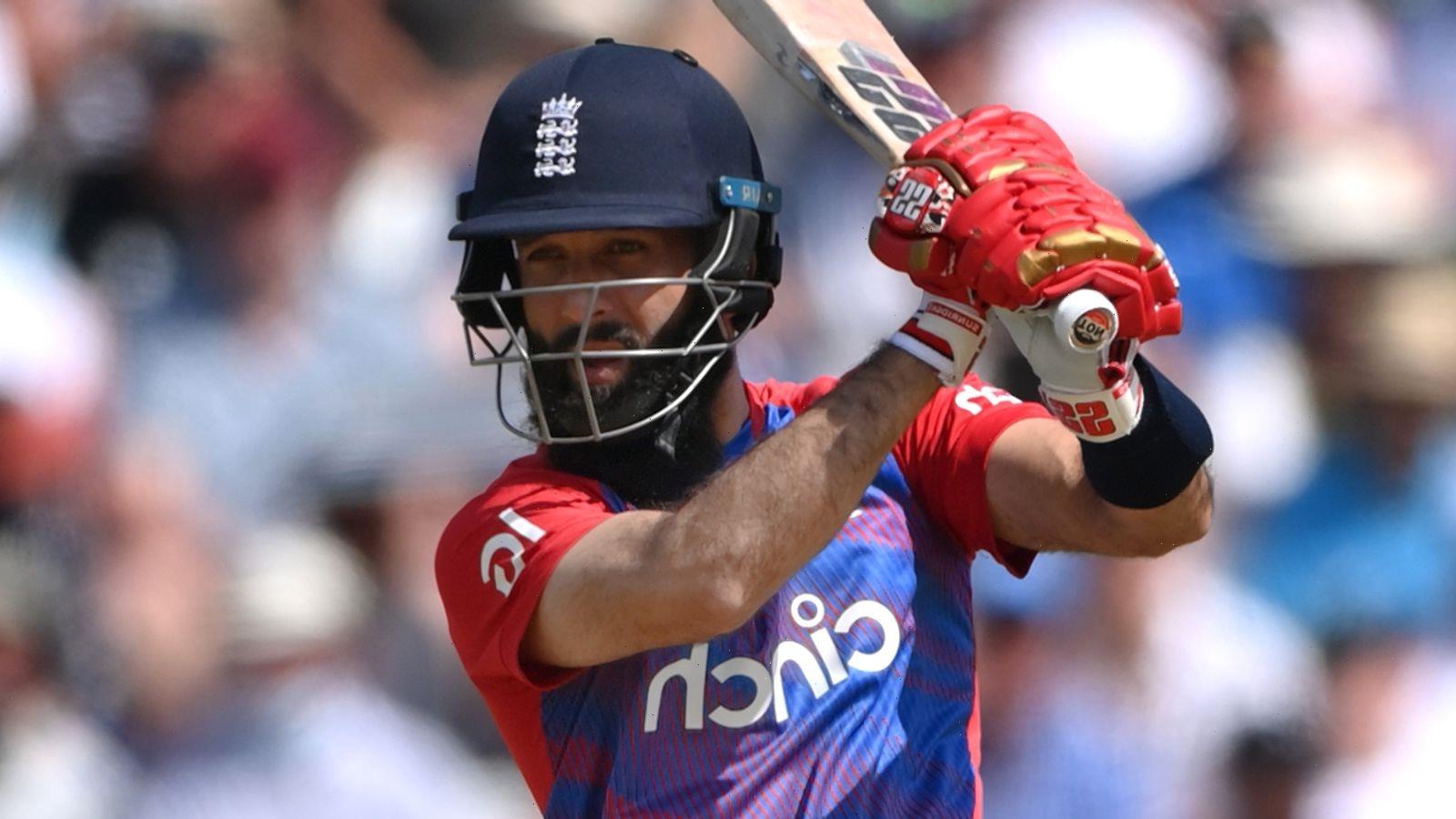 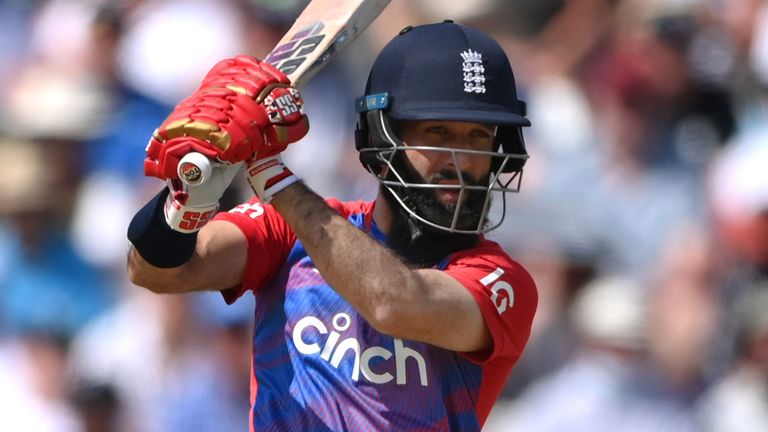 Moeen Ali said he was “really happy” to put in a player-of-the-match display in England’s 45-run win over Pakistan in the second T20 international.

Moeen has batted in England’s top four in both games in the series so far, with his last appearance batting as high in the order coming back in November 2015, while the 16 deliveries he took in scoring his 36 at Emerald Headingley on Sunday is the fourth-most he has faced in the space of those 29 T20 caps.

The all-rounder has also been used sparingly with the ball in recent games, but claimed 2-32 in his three-over spell – the first time he has bowled more than a solitary over in 10 games.

Asked post-match if it was the most involved he has felt in the side for a while, Moeen said: “It has been quite difficult and tough, because the guys have been playing well and obviously [Eoin] Morgs wants to look at other guys as well.

“Being an all-rounder, you want to bat and bowl as much as you can. Sometimes it does make you feel like the role I have is ‘bits and pieces’.

“I could have let it get me down a bit, but now I’m a bit older and a bit wiser, it’s about keeping confident and hopefully the performances will take care of themselves. 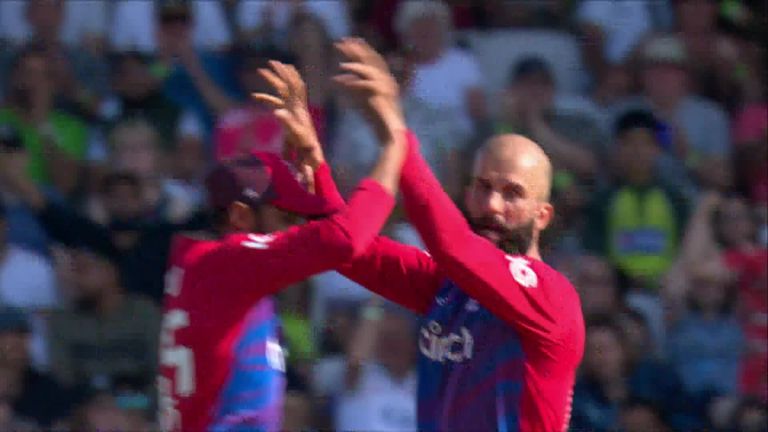 “I’ve come off the back of the IPL, where I was playing well and I didn’t want to lose that confidence. I’ve just tried to be positive and play my best cricket when my chance comes.

“Today it was nice to be in the powerplay, with the fielders up, and it was nice to bat with Jos (Buttler) – it has been a while since I have batted with him – and we put on a good partnership.

“It was a brilliant team performance, so many other guys could have won man of the match, but I’m really happy.” 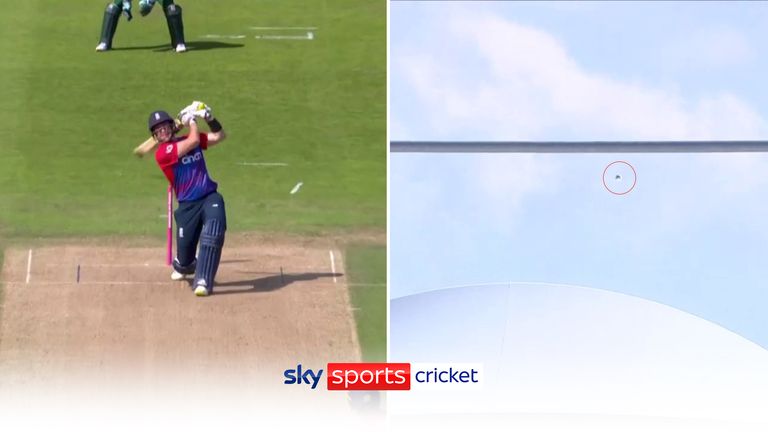 Moeen’s international team-mate Stuart Broad was full of praise for his performance, particularly with the bat, feeling like his counter-attacking cameo was just the catalyst England needed to post a score of 200.

“It was a fantastic innings with the bat,” Broad told Sky Sports. “England lost two early wickets and he didn’t take a backward step – he scored very quickly, at a strike rate above 200, and got England moving. 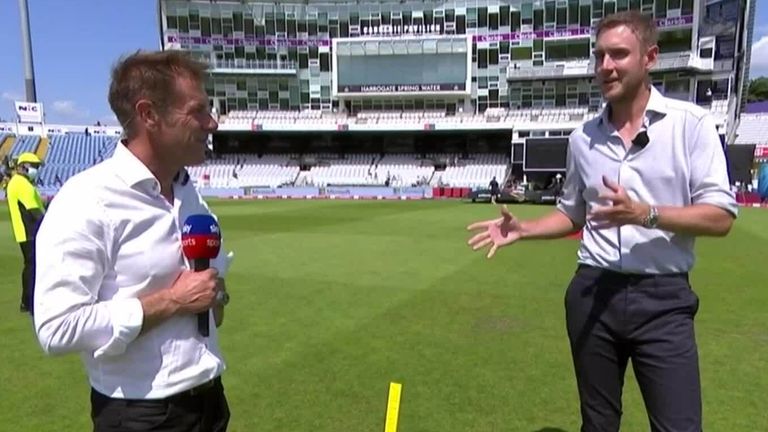 “I think that gave him that little bit of confidence that, when he got the ball in his hand, he could go and express himself. He had already made a mark on the game and he could just go and bowl.

“When Moeen is relaxed and confident, enjoying his cricket, that is when he is at his best.”

Kumar Sangakkara backed up Broad’s point, adding the England all-rounder, as well as leg-spinner Adil Rashid – who chipped in with 2-30 in the win – will be key to the team’s T20 World Cup hopes later this year. 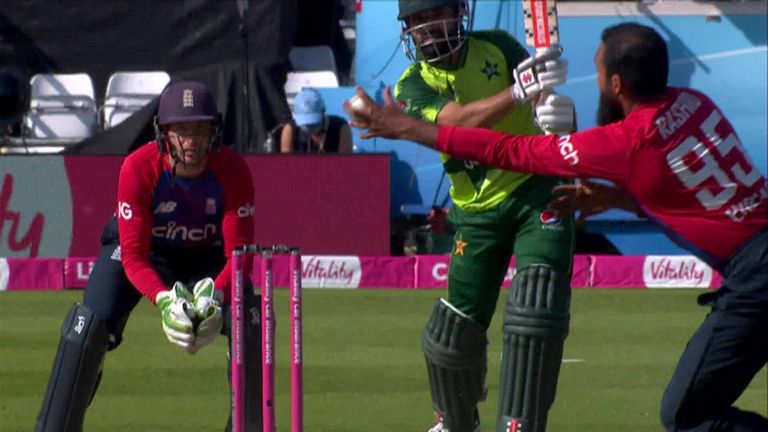 “He and Rashid should be frontrunners in the squad as they search for a T20 World Cup title.

“The flexibility Rashid gives England, in terms of attacking options, with the new ball and through the middle overs, even bowling at the back-end of an innings sometimes, he is vital and a very important piece in that final puzzle.”

Watch the third T20 international between England and Pakistan, live on Sky Sports Cricket from 6pm on Tuesday.