Moeen and Jonny Bairstow managed to score half-centuries but their team-mates succumbed during an uncomfortable visit to the 90mph alleyway of aggression. 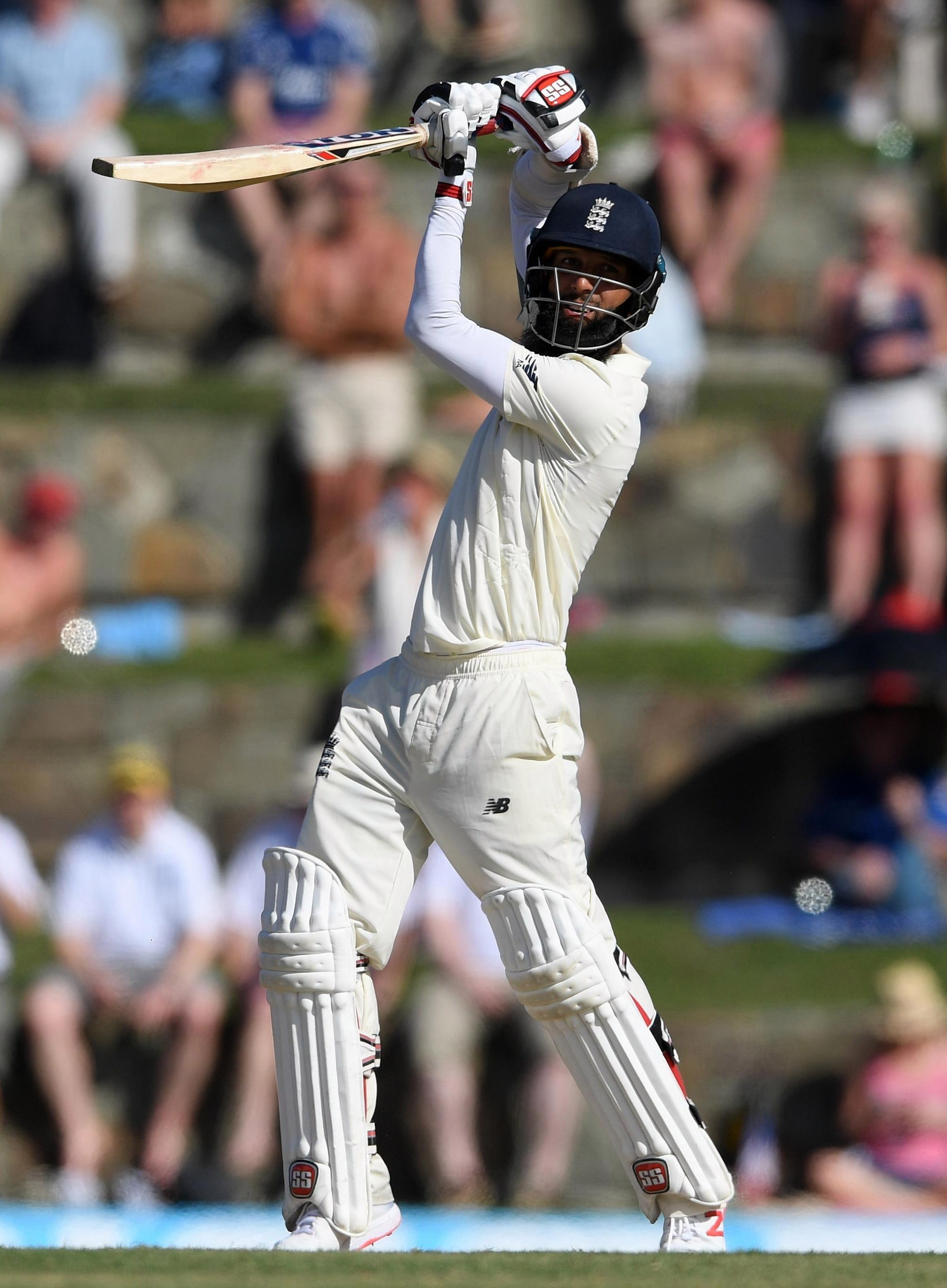 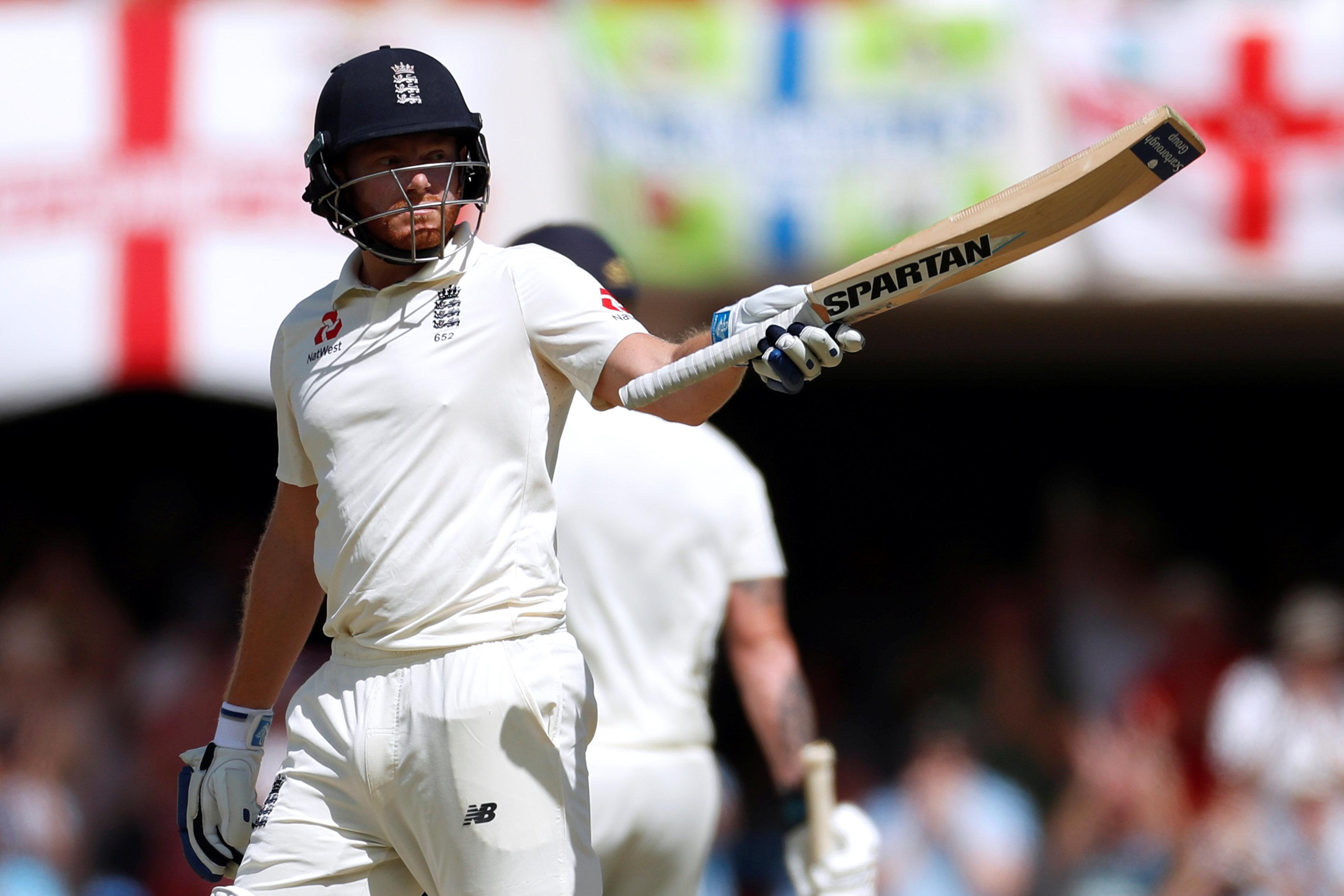 Joe Root was dismissed by a savage lifter, Ben Stokes leapt in pain after being struck on the hand and Moeen was clonked on the helmet.

And Ben Foakes was unable to keep wicket after a blow to the hand from the ball that caused his dismissal.

There were plenty more deliveries flying towards heads and bodies.

Even though England made 110 runs more than the 77 all out they managed in Barbados, their treatment here was more brutal.

And their total of 187 all out was once more short of their aspirations. England, don’t forget, need to win this Second Test to have any chance of a series triumph.

West Indies finished day one 30 for no loss as James Anderson and the recalled Stuart Broad both failed to take a wicket in their opening spells. 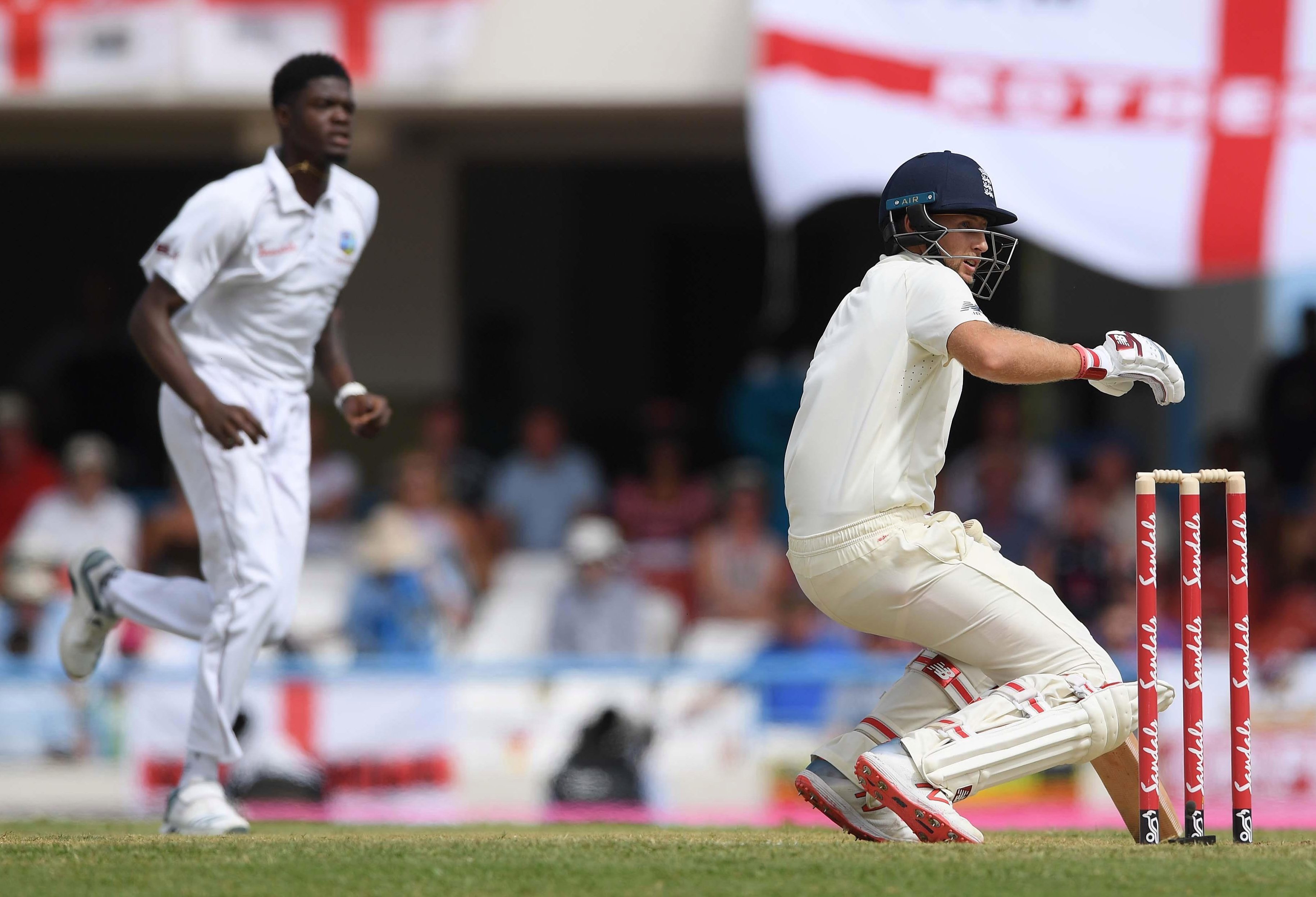 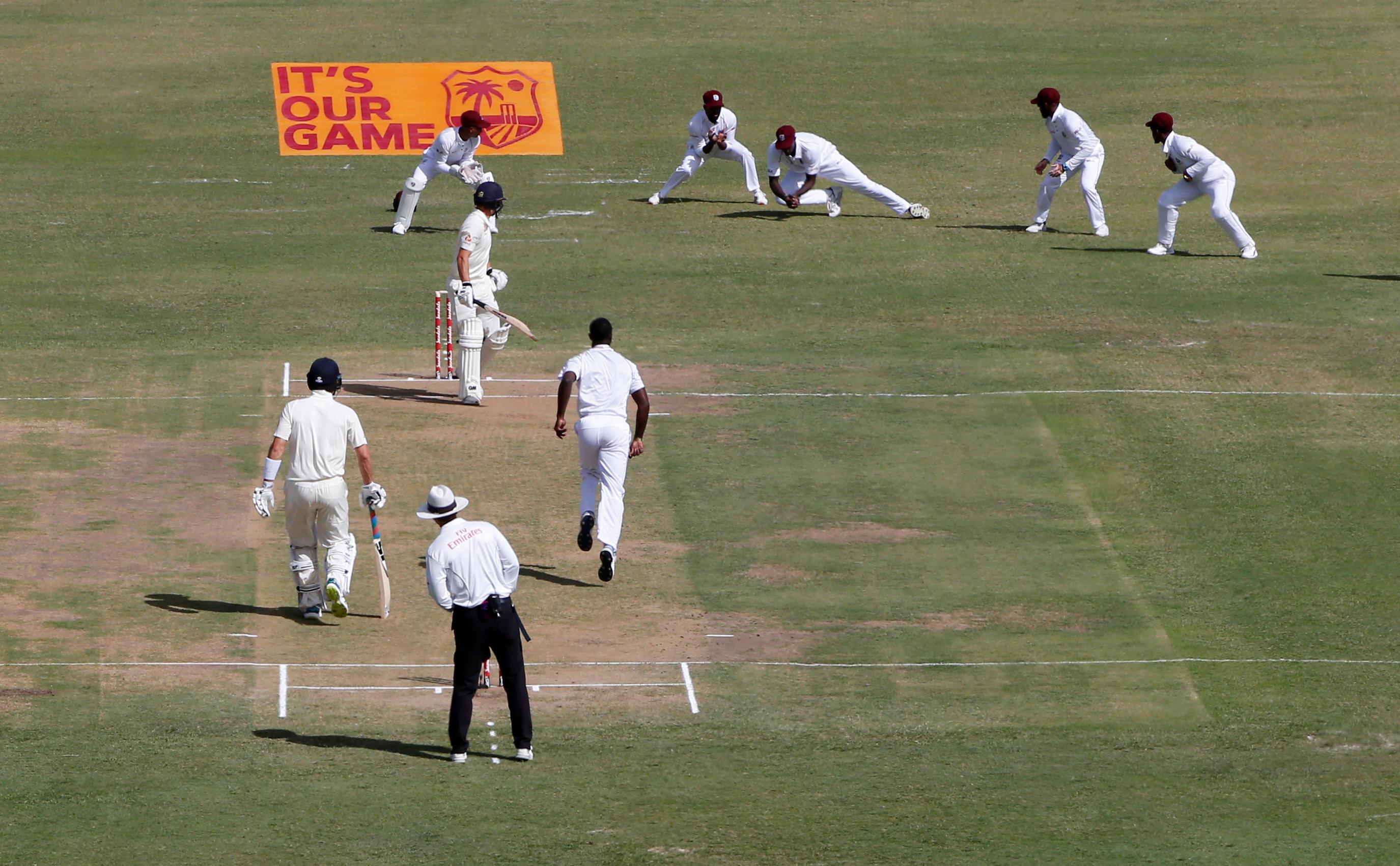 The pitch offered uneven bounce – some balls flew through at an alarming height and pace – the Windies bowlers were in no mood to dispense mercy.

Shannon Gabriel was the fastest and most dangerous of their quick quartet and also became engaged in a war of words with Stokes.

There were at least two heated-looking exchanges although the pair eventually touched gloves with Stokes appearing to be the pacifier.

With his bouncers and banter, there was nothing angelic about Gabriel. Kemar Roach followed his 5-17 in the First Test with 4-30.

After England were put into bat, Rory Burns was soon smartly caught low down at second slip and Joe Denly’s debut innings didn’t last long, either.

On nought, he survived a review for lbw when DRS failed to dispatch him by the thickness of a fag paper.

Soon afterwards, Denly waved his bat at a short, wide ball from Alzarri Joseph and toe-ended a catch behind. It was a shocker of a shot. Joseph had taken a wicket with his first ball in Test cricket on his home island.

Root was on the wrong end of a brute of a ball from Joseph, which trampolined off the pitch, struck his bat handle and was parried by John Campbell at third slip – only for the alert Shai Hope in the gully to run and catch the rebound.

Superb teamwork by the Windies fielders and Root trudged off. It was as close to an unplayable ball and you could see.

Jos Buttler was promoted above Stokes as England continued to tinker with their batting order. Buttler’s appearance at No.5 was brief, however.

He advanced down the pitch to Jason Holder and edged a defensive prod to second slip. 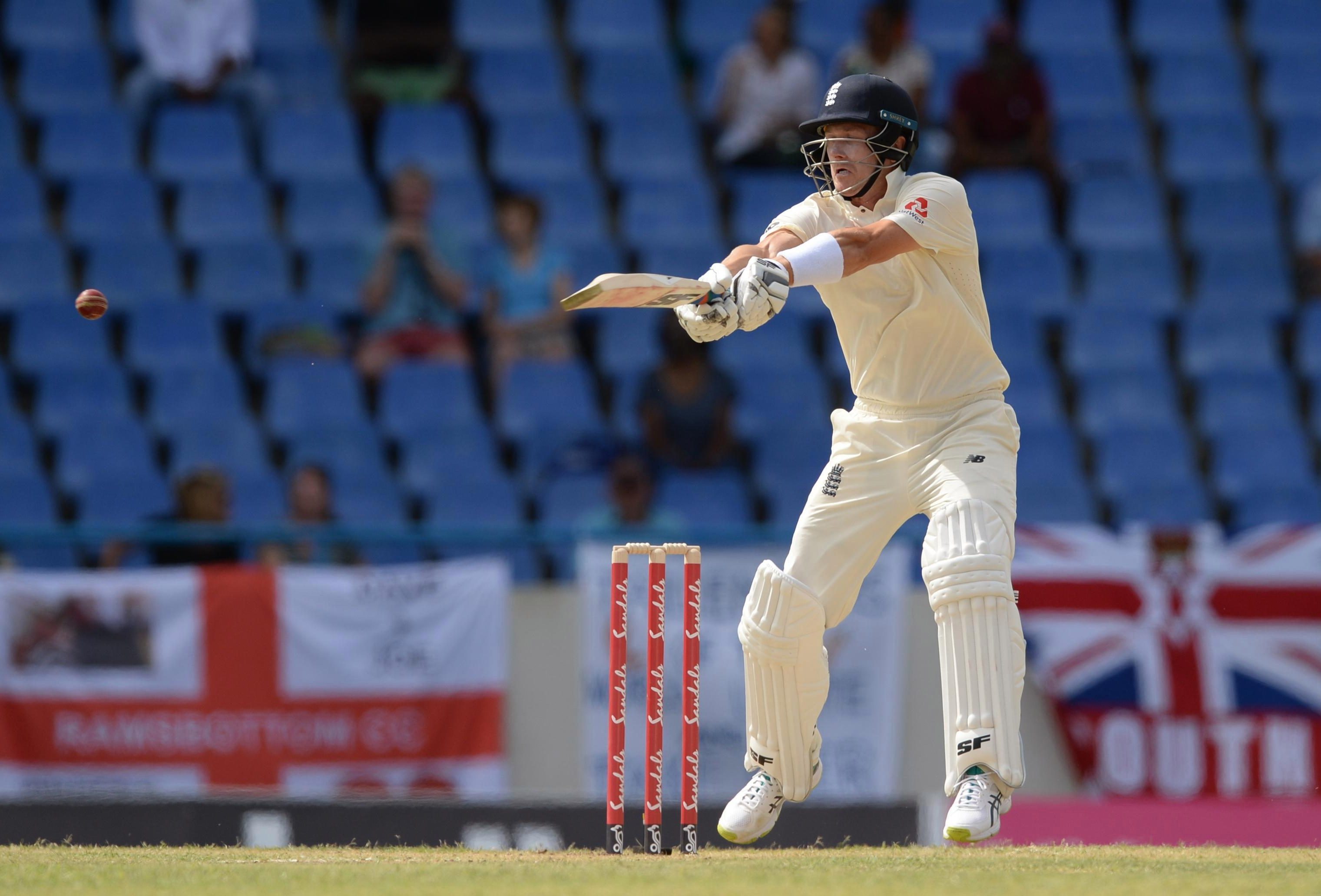 Bairstow had been playing different game at the other end to the carnage. He counter-attacked with style and prudence and reached his half-century out of 71-4.

Without him, England would have been in desperate straits before lunch.

To the second ball after the interval, however, Bairstow was nailed in front by Roach. When Stokes nicked off to the animated Gabriel, England were in big trouble at 93-6.

The situation was partially retrieved by a stand of 85 for the seventh wicket between Moeen and Foakes, invaluable runs in the context of what is destined to be a low-scoring match.

Moeen’s batting has fallen off a cliff in recent months and his pair in Barbados completed a sequence of one half-century in his previous 24 Test innings, stretching back to the Headingley Test against West Indies in 2017. 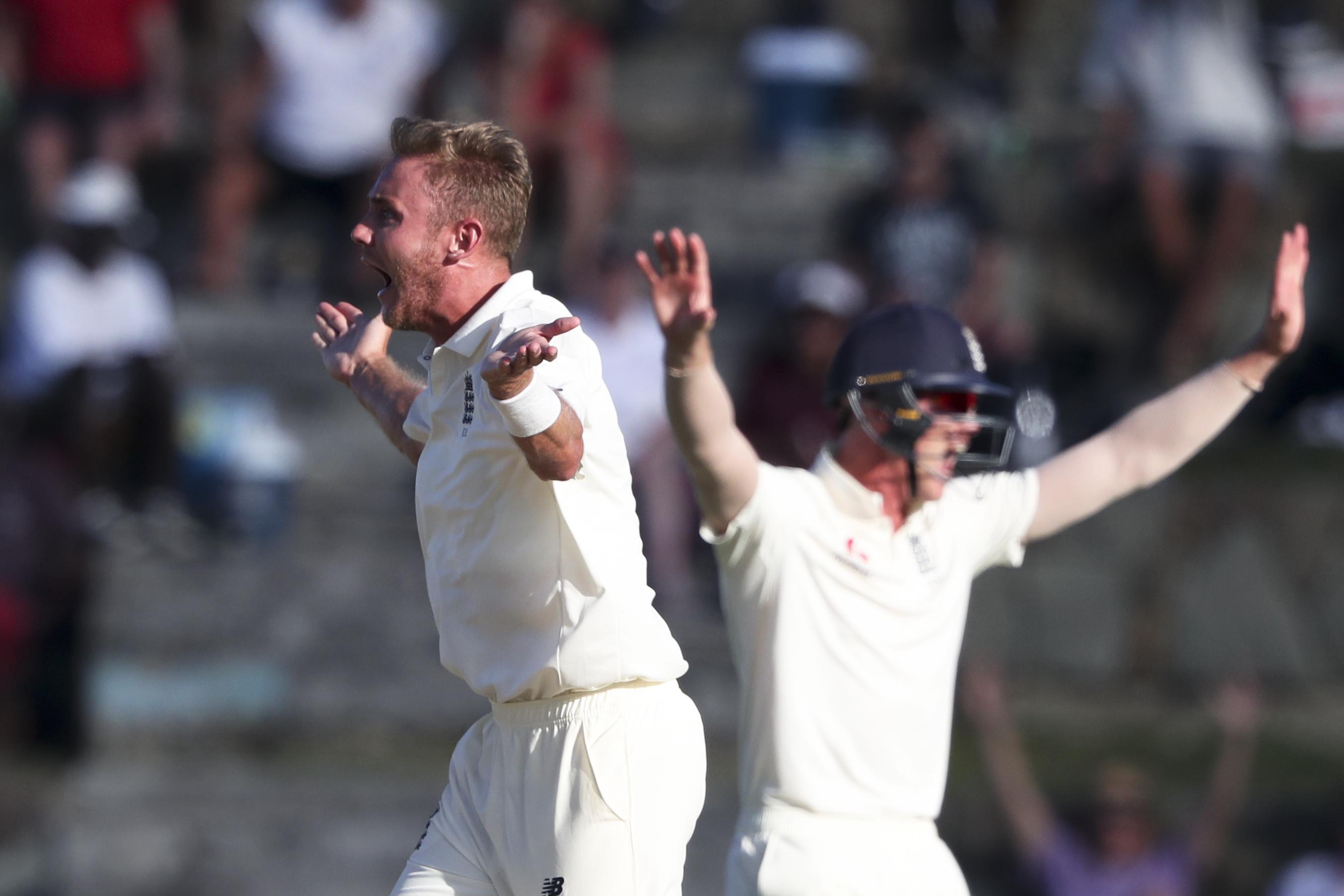 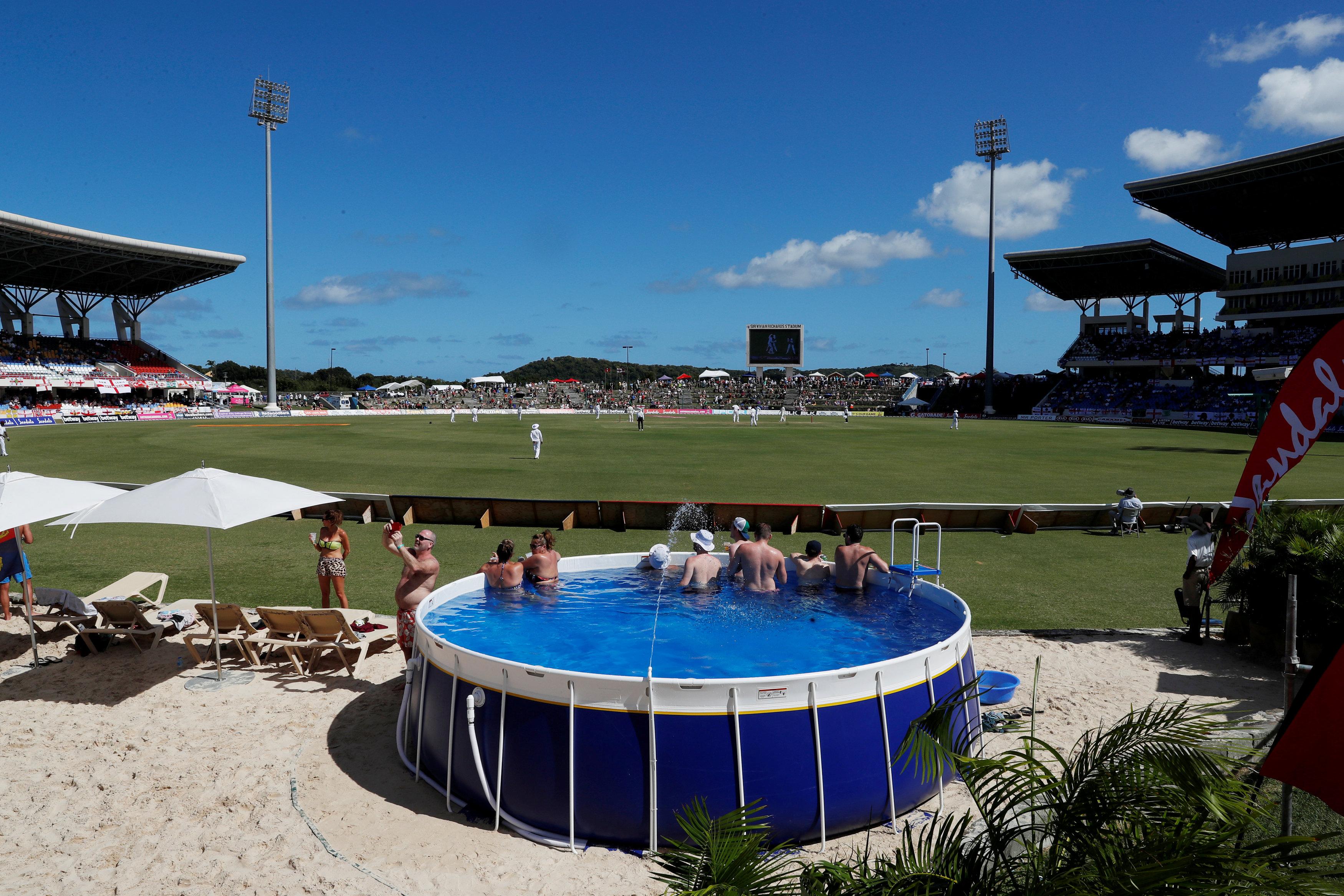 He recovered from the shock of his bang on the head and played with strong resolve. There were some pleasing shots, too, notably a slog-sweep for six against Roston Chase while the faster bowlers were resting.

In fact, batting was easier for a time when the ball became soft.

Moeen departed for 60 in ugly fashion as his attempted drive against Roach spooned to mid-wicket courtesy of some extra bounce.

Foakes’ aimed a pull at Gabriel to a ball passing way down the legside and succeeded only in dragging onto his stumps via glove and leg.

There were further consequences for Foakes. The blow to his gloves inflicted bruising on his right hand and Bairstow kept wicket when the Windies batted.

Sam Curran edged into the slips and Anderson was last man out aiming a huge heave at Gabriel.