MILLWALL chief Steve Kavanagh believes the impact on communities will be devastating if EFL clubs go to the wall.

The Lions bigwig has called on the Government to act swiftly to save Covid-crippled clubs from going bust. 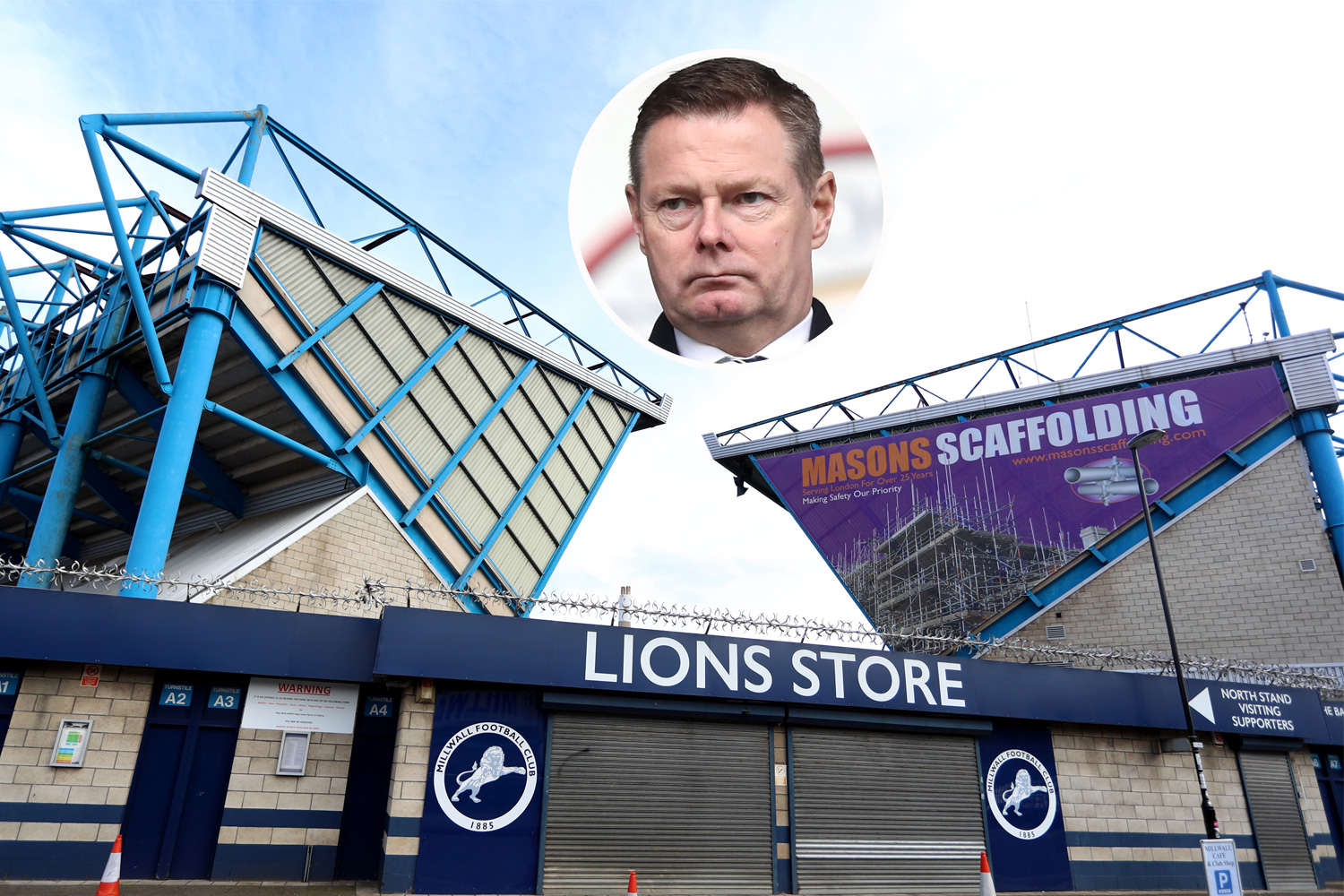 His stark warning is that, if they do, many communities across the country could be ravaged by emotional and economic depression for years.

Speaking to SunSport as part of the Save Our Clubs drive highlighting the work clubs do on and off the field, Kavanagh said: “We’re not just talking about our national sport, the community work done by clubs in this country is vital. It has been for years.

“Boris Johnson came  to The Den to see it first hand when he was Mayor of London and was highly impressed.

“And when you take into consideration lockdown and what clubs, including Millwall, did to support their local communities, society and the vulnerable who were scared and did not have food . . . the work that went on was incredible.

“We sheltered the homeless, we delivered more than 5,000 free dinners to children and care packages to the vulnerable and needy.

“We didn’t just deliver food packages, with them we  delivered cooking lessons to ensure people could sustain themselves with good food, not just ready meals.

“We also stored PPE for the NHS, while other clubs allowed stadiums to be used as testing centres.

“Despite having absolutely no income, Millwall, through our chairman John Berylson, pledged £300,000 to our community trust during this period when we were on our knees.

“Our community work is valued at more than £10million to Lewisham and the local area. And that is replicated all over the country.

“If clubs are lost, that will be lost — and that would result in real damage to society.

“And that’s before you get into job losses in and around football clubs.

“The Government has to start recognising what football actually does — and not just continue taking from it all the time.

“It needs to understand what we do for communities outside of actually playing, which is extremely important in itself for wellbeing. And it needs to help.”

Millwall, who have spent more than £100,000 reconfiguring The Den to make it safe to host matches, have been hit hard by the ban on fans attending matches.

American Berylson is having to pump in £1m a MONTH to keep them afloat.

And Kavanagh admitted: “Unfortunately, we have had to make some staff redundant. It’s been really, really sad.

“But I’m having to try to run a business which is haemorrhaging money and have no idea when its income streams will be returning.”

The PM plus Culture, Media and Sports Secretary Oliver Dowden have announced rescue packages for the arts — but not our national sport.

Kavanagh added: “The Government is not treating football fairly and in line with other entertainment businesses.

“I can’t believe we haven’t lost more clubs in the EFL. That’s a testament to the club owners and chairmen.

“They’re all putting their hands in their pockets to keep clubs and their community assets alive by feeding the vulnerable and schoolkids, sheltering the homeless and helping the NHS.

“What worries me is I don’t know where the breaking points for these owners and chairmen are. Even with John.

“I don’t want to over- dramatise that but when does he say enough is enough? I hope to God I never find out.”