MIKEL ARTETA admits his players are not happy and the Arsenal manager is feeling the pressure with the team sliding towards the relegation zone.

The Gunners slumped to a fourth successive home league defeat against Burnley on Sunday. 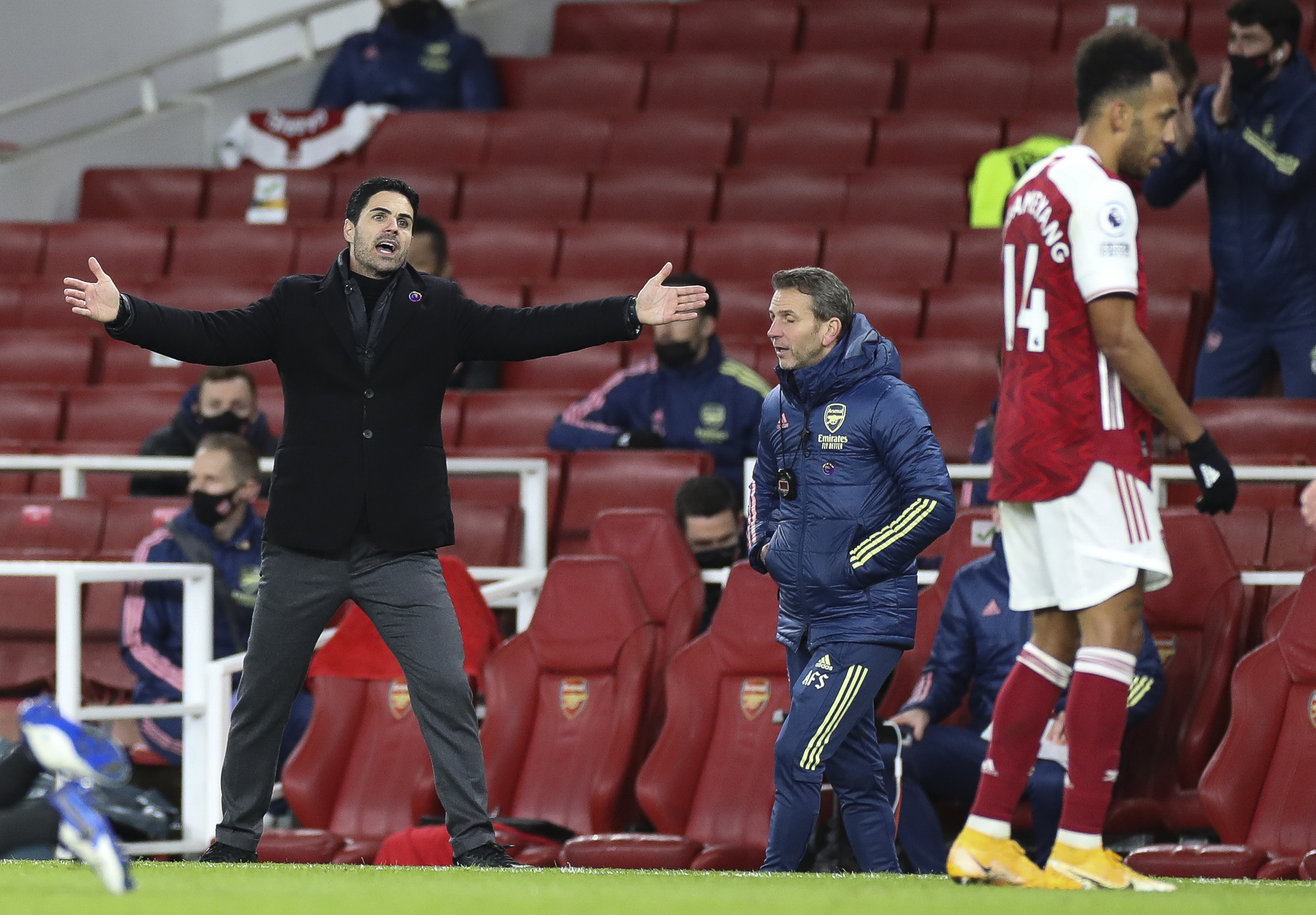 Arsenal's dreadful form in the Premier League has seen them drop to 15th in the table and piled the pressure on the manager heading into the Southampton home game on Wednesday.

Reports of dressing room unrest have emerged recently and the Arsenal manager admits it is impossible to keep all the squad happy.

Arteta said: "When you have the squad we have at the moment it’s impossible to have 31 happy players in the camp. I don’t know any club who has that.

"But when you lose again these things are going to come out to try to put more pressure or be disruptive. I’m not interested in any of that."

ARSENAL BETTING TIPS: Southampton have to fancy themselves against Gunners, with Danny Ings a solid bet to score

Arteta's side won the FA Cup in his first season in charge but this triumph seems a long time ago after a shocking run in the league, with just one win in their last eight games.

The Arsenal boss said: "I feel the pressure all the time. When we had those good spells, everything was not beautiful. We had those last few months of last season and there were some difficult moments. It wasn’t all nice and easy.

"The pressure is always going to exist but when you are winning you create a different mood and then the pressure is to keep winning. I prefer that pressure of trying to win the next trophy but this is the reality and we have to face it, being brave and fighting and no-one giving up.

"So what else can I do but put my head down, work harder and do my best to improve. It’s how we have to approach this."

Asked if Arsenal were involved in a relegation fight, Arteta replied: "I want to think that we are in a blip and the way we are losing makes me believe that.

"But we need to start winning because if you don’t you start dropping and dropping and that’s not the situation we want to be in."

Arteta added: "We all knew the bumps were coming. It’s how we deal we them and how strong we are. Sometimes it’s necessary for things to get ugly to get brighter and better.

"But for sure nobody likes to be in the situation we are in in the PL and it’s not good enough and it’s not acceptable. So just because it’s not a quick fix doesn’t mean we are accepting this situation."