Iron Mike is preparing for his comeback fight against Roy Jones Jr on November 28 and he continues to stun fans with impressive training footage. 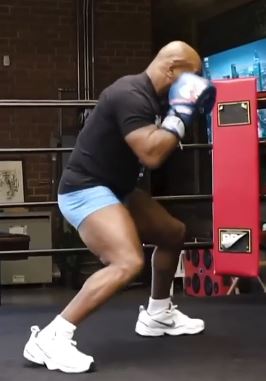 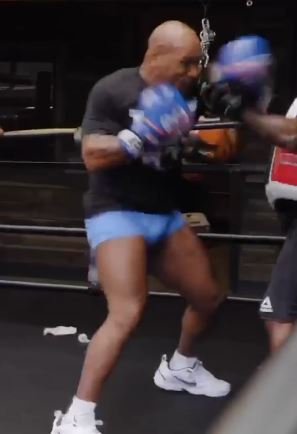 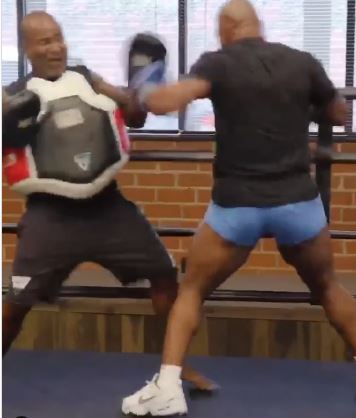 The latest video shows the American taping his hands up before ducking and weaving in the ring with his trainer.

Tyson dodges jabs before laying into the pads and body suit with vicious speed and power.

The footage was actually an advert for Polish energy drink Black Energy.

At the end of the clip Tyson looks down the camera and says: "Hi, this is Mike Tyson and I've just finished a hard workout.

"After I finish working out I drink Black Energy."

Despite looking razor sharp in recent footage, Tyson recently admitted he was bed ridden for a week after he first returned to the gym ahead of his comeback clash.

Speaking on Joe Rogan's podcast, the heavyweight icon said initial footage from earlier this year left him wiped out for days.

He said “Getting in shape and getting conditioned are two different animals.

“They don’t even belong in the same division of working out.

"Getting in shape is getting able to fit in your clothes.

"Being in condition is being able to come outside of your soul. You can’t do that automatically. The emotional state to prepare for that is mind boggling.

“Let me tell you something about [the first training video].

"I did that video and I was in bed for a week.

"That was 30 seconds and I was in bed for a week. That was not funny because it made me realize that this is big boy sh*t.”

Tyson and Jones, 51 – who have a combined age of 105 – will compete in an eight-round clash in California.

The ageing pair will wear larger gloves than regular pros but will not wear head gear.

Judges will be there to score the clash and a belt will be awarded to the winner.

Iron Mike recently claimed he gets erections from boxing and called fights orgasmic.

And the icon also claimed fat shaming prompted him to get back in shape.