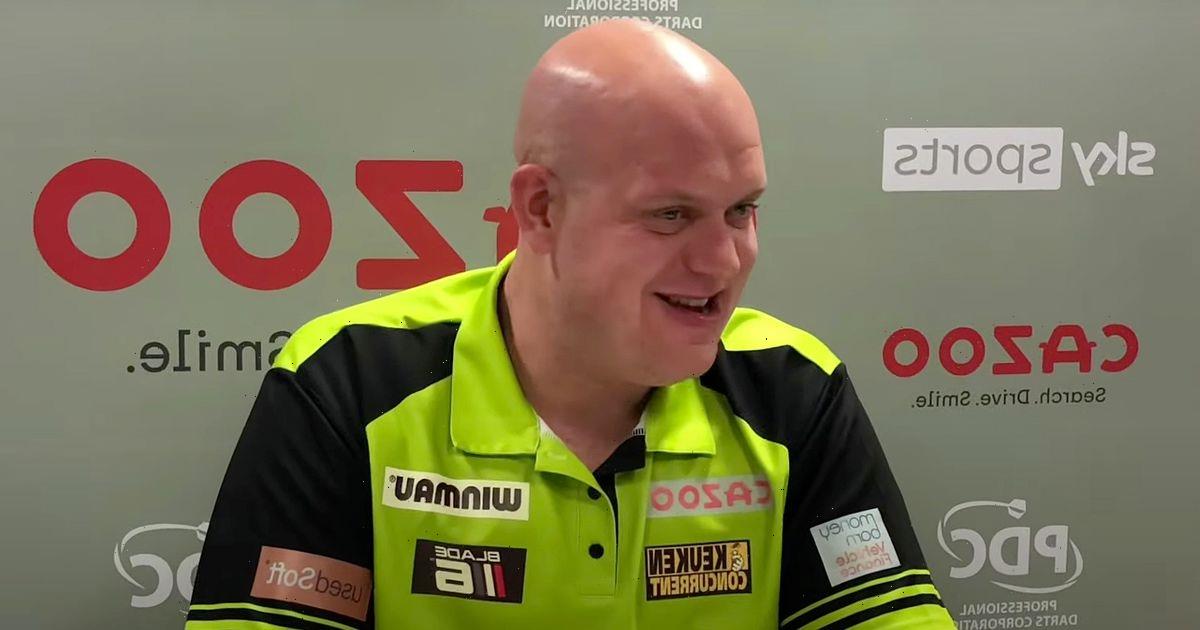 Michael van Gerwen reckons Gerwyn Price should stay at home for the rest of the year as his struggles continue up on the oche.

Van Gerwen claimed victory on night nine of the Premier League in Leeds with a 6-1 demolition job on James Wade in the final. After the match, MVG was asked about Welsh rival Price, who suffered a 6-5 defeat to Wade in their quarter-final.

The Green Machine didn't hold back in his response, joking: "I don't know if he needs a break. Let him stay at home for the rest of the year, I don't care. It takes so much energy out of you."

Price's dip in form has coincided with the revelation that he is playing with a fractured wrist. The 2021 world champion lost 6-3 to Joe Cullen in the Premier League last week and performed poorly in a series of Players Championship events over the weekend.

Things are clearly taking their toll on Price, who earlier this week posted a poll on his Instagram story asking fans whether he should take a break from the game.

Van Gerwen doesn't know if his tungsten rival should take some time out, but he does have sympathy with the situation Price finds himself in.

He added: "People at home probably don't understand what it means to be at the top of your game all the time. There is pressure on you, you're away from home loads of time, there are a lot of different factors.

Do you think Price should take a break from darts? Let us know in the comments section.

"You don't want to put yourself through a tough period because you want to get over it, but it takes some doing. That's not easy, but everyone needs to decide from themselves."

The Dutchman is now three points clear at the top of the Premier League after his victory in Leeds and looks a good bet to qualify for the play-offs, having missed out 12 months ago.

Jonny Clayton and Peter Wright are close up in second and third on 19 points and 18 points respectively, before a gap down to Wade in fourth on 13 points.

Price is sixth in the table after failing to make it through the quarter-finals in each of the last three weeks. He is due to take on world champion Wright next week in Manchester.