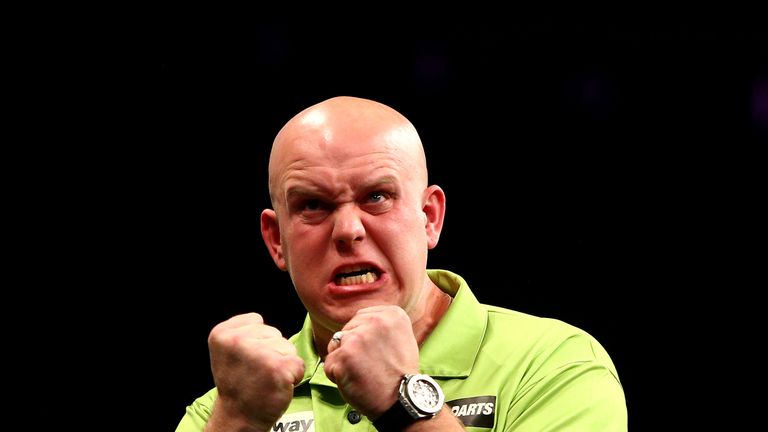 Walk around the Alexandra Palace area of north London at Christmas time and you will find smurfs, superheroes and sombreros interrupting everyday people’s last-minute dash to the shops.

Those in fancy dress making the long stumble up the hill towards Ally Pally, home of the World Darts Championship, are usually too excited to notice Michael van Gerwen mingling among the locals. The world’s best player tries, and fails, to take his mind off the pressing matter of winning his sport’s top prize by relaxing in the local area.

“I mustn’t be on the phone too much,” he tells Sky Sports, dropping a massive hint having already mentioned his desire to return to practice. 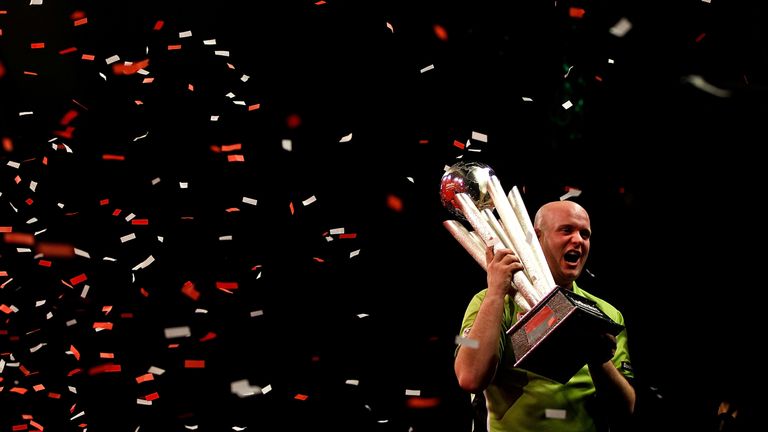 These are testing times for Van Gerwen in the build-up to darts’ most prestigious tournament, a rare month without competition leaving him stewing over his intentions for when he can finally throw another dart. It becomes a period when he is unable to chill out, unable to improve his form in a competitive environment, and unable to forget the reality that an entire year’s work will soon culminate on the biggest stage.

“Prepare, practice,” he says with the concentration of someone who is already mid-tournament. “Don’t do anything stupid. This is the most important part of the year. You can’t do anything that you will regret afterwards.

“I enjoy the build-up but I’d rather be playing. That’s what I look forward to. What I really, really love is to perform.”

Two-time champion Van Gerwen will begin his hunt for a third World Championship against Alan Tabern or Raymond Smith on December 15, the third day of the tournament. From then on, his brain will go into overdrive and will not switch off.

“I try to watch a movie to relax, talk with the people close to me,” he sighs. “But I look at other games to see what I can change, see what I can do better.”

The harsh reality that hangs over Van Gerwen, arguably the greatest player in darts’ history, is that victory in the upcoming World Championship won’t be enough. His talent is so vast that his potential will only be realised if he accrues multiple trophies to add to the titles he won in 2014 and 2017. 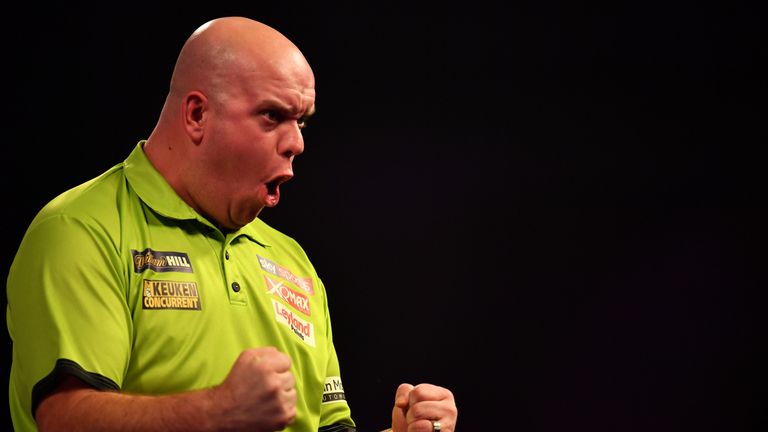 Six or seven is definitely possible but will be tough, know what I mean?

Even then, he has known for his entire career that it will not be possible to match the 16 world titles won by Phil ‘The Power’ Taylor.

“Six or seven is definitely possible but will be tough, know what I mean? You have to set yourself targets and I will set the bar high for myself.

“I have another 10 years at the highest level, minimum.”

The Van Gerwen era is different to the years of dominance from Taylor, whose first world title came in 1995 and his last in 2013. Today there are far more contenders who, in their own right, are capable of lifting the top prize and, as a result, Van Gerwen knows he can never match Taylor’s haul.

This year will be the first in memory without the retired Taylor.

“Strange? Yes. But darts has moved on. Legends will leave,” Van Gerwen said. “That’s just how it goes. Darts has moved on. I haven’t seen him much – once, at the World Matchplay – but our paths don’t cross. We talk about darts, and about our futures, but that’s it.”

Taylor’s iconic career drew to a close in the most remarkable way last year at the World Championship when he was beaten by Rob Cross, a debutant, in the final. Cross, utterly unknown 12 months prior, had also beaten Van Gerwen in the semi-final.

“It will be tough for him because now, everybody wants to beat him.”

“Raymond has had a phenomenal career but this is what happens. He isn’t the same Raymond as he once was because he wants to fight for titles, week after week, but his body is letting him down.” Enjoyed talking to you all ahead of the Worlds… pic.twitter.com/z6KU7SSh4j

Van Gerwen’s own form has not been the ideal preparation for the biggest tournament on the calendar. He won the World Grand Prix but has also seen trophies at the Players Championship, World Series of Darts, European Championship and Grand Slam of Darts go elsewhere.

2018 started with Van Gerwen miserable, suffering from the hangover of defeat to Cross in the World Championship semi-final.

“One or two days,” he claims he was disappointed for. “It is tough when you lose but it makes you stronger.

“Last year was a disaster, missing five match darts against Rob Cross. Fair play to him, he took his chances.

“It’s all on the wire. I must blame myself. A lot of players blame other things apart from themselves, but that’s not the right way. You must look at yourself.

“You always lose. I had such a good tournament and played so well but, at the most important moment, missed match darts. I shouldn’t have put myself in that position because I missed darts earlier on. But you put your feet back on the ground and make sure you get stronger and stronger.”

Van Gerwen’s concentration to this phone call is waning, and his hankering to return to practice becomes obvious.

“I’m here to do a job, and need to be concentrated. I mustn’t do anything to disturb me.”

That intensity will remain through the World Darts Championship where he is favourite to land his third title. 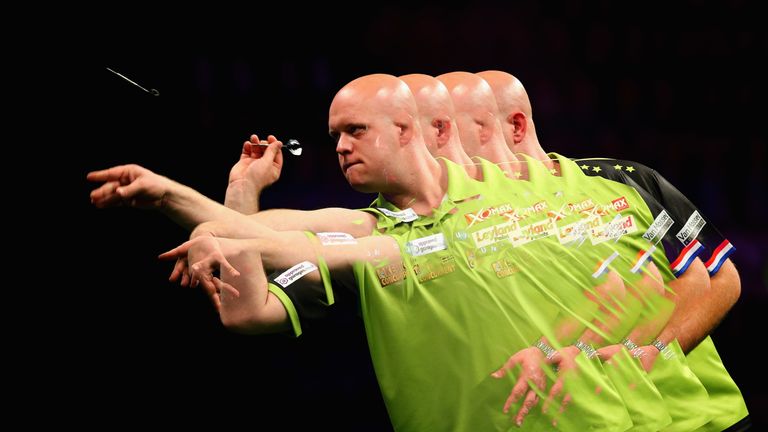 Attention now switches to the World Championship with 16 days of coverage, kicking off with a live preview show from Alexandra Palace at 6pm on Thursday, December 13 right through until the final on New Year’s Day.

Keep up to date with the news as the tungsten enters its busiest time of year with the PDC World Championships just around the corner get all the latest at www.skysports.com/darts and join in the conversation @SkySportsDarts