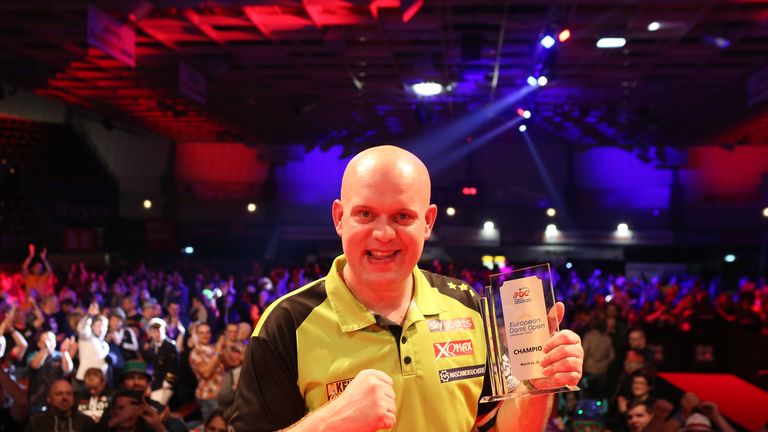 ‘The Green Machine’ made history in his semi-final victory over Mensur Suljovic, as he became the first player to hit two nine-darters on the European Tour, before going on to defeat Cross in a thrilling finale to clinch his 29th European Tour title at the Ostermann Arena.

It was a quality contest between the world’s top two as Van Gerwen produced his best performance of the weekend to edge out ‘Voltage’, averaging 104.79 and converting 62 per cent of his attempts at double to scoop the £25,000 winner’s prize.

The Dutchman made a sensational start to the final, conjuring up an inspired 170 checkout to hold throw, with Cross sat on 47 after just nine darts. MVG doubled his lead in the following leg, but Cross responded with a clinical 95 kill and a 12-darter to level.

Cross secured the lead after following up a majestic 10-dart leg with a 14-dart break to lead 4-3, but he spurned one dart at tops for a 5-3 advantage and Van Gerwen responded by nailing double four for an immediate break back.

The next four legs all went with throw, with the world number one producing 14 and 11-dart holds and the contest appeared to be heading for a decider.

However, ‘Mighty Mike’ defied a fifth maximum from Cross to complete a 13-dart leg and move to within a leg of the title, before taking out 78 to triumph after the 2018 world champion squandered two darts at double to force a last-leg shootout.

Having picked up just three points from his last four Premier League fixtures, Van Gerwen responded superbly in Germany to retain his European Darts Open crown and secure the 121st title of his glittering career. 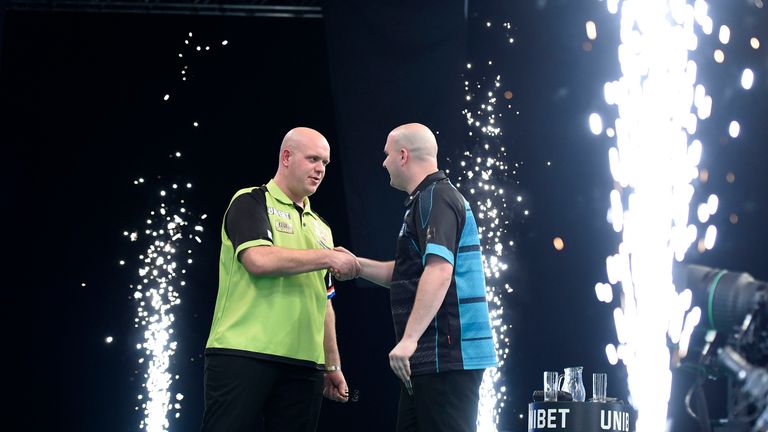 “Rob played so well in this tournament, I knew I had to perform well if I wanted to beat him and it was really tough for me.”

He kicked off Sunday’s action with a whitewash win over his compatriot Jermaine Wattimena in a nine-minute demolition, before surviving a match dart from Gerwyn Price in the quarter-finals, taking out a nerveless 118 finish to maintain his 100 per cent record over the Welshman.

The world champion fought back from 4-2 down to defeat Suljovic in the semi-finals, firing in the nine-darter in the eighth leg with a sublime 147 checkout (T19, Bull, D20).

“Everyone always thinks I am a robot but I’m not a robot and today was one of the days where I had to work really hard to win,” said Van Gerwen, who has hit three nine-darters so far in 2019.

“Rob played so well in this tournament, I knew I had to perform well if I wanted to beat him and it was really tough for me.

“He was a bit unlucky at the end but I hit the big shots at the right moments so I’m happy with my performance.”

Cross was denied his first title of 2019 but he maintained his strong start to the season with a series of superb displays in Leverkusen.

“I feel brilliant at the moment, and I only feel that I’m going to get stronger,” said Cross, who is averaging over 100 for the year thus far.

“I really enjoyed that final too and it’s nice to be playing well again in front of a great crowd. 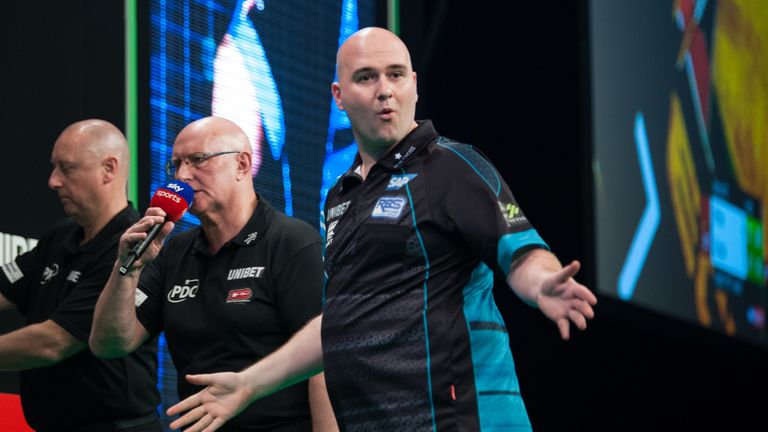 “I’m going to push Michael every week, he’s the best in the world for a reason but I’m not going to stop until I get a piece of him.”

It was a brilliant start to the 2019 European Tour, with seven of this year’s nine Premier League stars reaching the quarter-finals.

Wright and Suljovic were denied in the semi-finals, while Price, James Wade and Daryl Gurney all succumbed in the last eight along with Justin Pipe, who performed brilliantly to reach his first PDC quarter-final since July 2018.