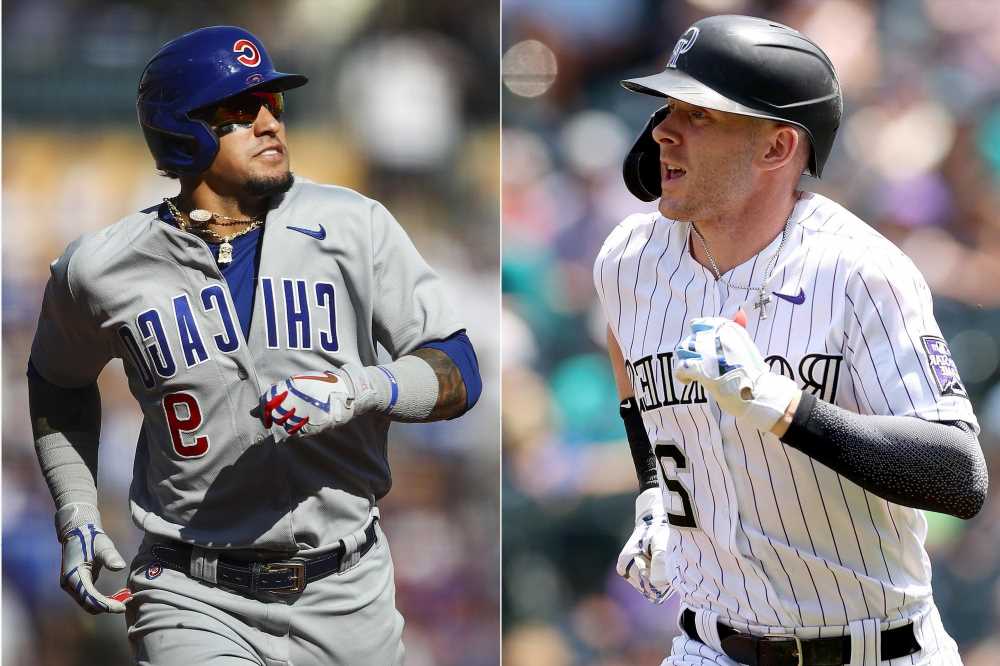 The Mets expect Francisco Lindor back in the lineup by the end of August, if not before, but still could seek a short-term answer at shortstop.

Trevor Story and Javier Baez are among the shortstops the Mets could pursue heading to Friday’s trade deadline, with the idea either could shift to third base once Lindor returns from a strained right oblique.

“We’re open minded if there are other options that could also have versatility to help us when Francisco does come back,” acting general manager Zack Scott said before the Mets split a doubleheader Monday against the Braves.

“Those are things we’d explore as well.”

Lindor’s oblique strain carries a time frame of four-to-six weeks’ recovery, according to Scott. The Mets lost the shortstop to a Grade 2 strain on July 16.

Manager Luis Rojas all but confirmed that Carlos Carrasco’s season debut for the Mets will occur this weekend against the Reds at Citi Field.

The right-hander pitched three scoreless innings for Triple-A Syracuse on Sunday in a third rehab start.

Carrasco has been on the injured list since tearing his right hamstring in spring training.

Jacob deGrom will throw another “light side” session in the next day or two, according to Rojas. The Mets ace threw from a mound Sunday for the first time since he was placed on the IL with right forearm tightness.

Scott said he is still expecting Noah Syndergaard to return this season from his Tommy John surgery rehab. The right-hander isn’t projected back before early September.

“Whether that’s as a reliever, that’s a starter, I’d be thrilled with just having him and having that arm available to get important outs,” Scott said.

The Mets announced the return of Banner Day, a longtime popular tradition. With field access limited due to the safety protocols, this year’s Virtual Banner Day will be a month-long digital fan celebration that began Monday, with the Mets announcing a winner on Aug. 26. Fans can submit their banners in the form of a photo or video at Mets.com/bannerday. Submissions are open until Aug. 9.

The Mets were sifting through internal options to start Tuesday night’s game against the Braves.