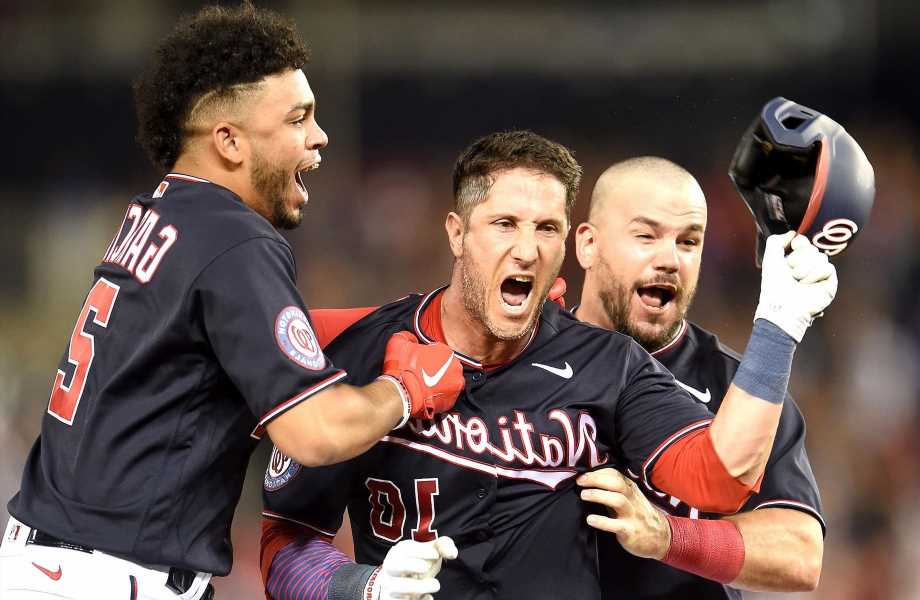 Yankees, Mets have splits bettors can cash in on

WASHINGTON — Edwin Diaz didn’t have a lead to protect, but entered for the ninth inning anyway Friday night to face the heart of the Nationals’ lineup, with the hope of getting the Mets to extras with a chance.

But Diaz never recorded an out, leaving the Mets on the short end of a 1-0 decision at Nationals Park, their second consecutive shutout loss.

Overall, the Mets have gone 21 innings without scoring. Before that drought, they had been enjoying one of their most fruitful stretches of the season, averaging six runs in their previous seven games.

The offensive futility came after the Mets were shut out Thursday night by the Cubs, a game they finished with only two hits. A night earlier, the Mets went scoreless in their final three innings.

Joey Lucchesi lasted a season-high 5 ¹/₃ innings, giving up no runs, four hits and two walks. He was allowed to face the top of the batting order a third time through and was removed after Trea Turner and Soto reached in succession with one out.

Miguel Castro replaced Lucchesi and was efficient in escaping trouble, getting Zimmerman to hit into the Nationals’ third double play of the night. Lucchesi was once an obvious weak spot in the Mets’ rotation, but his ERA has dropped from 9.19 to 4.46 over the past month. In all five of those appearances, Lucchesi limited opponents to one earned run or fewer for a 1.19 ERA.

Lucchesi’s shakiest inning was the third, when the Nationals loaded the bases before Turner hit into a double play. Tomas Nido’s throwing error in the inning, sandwiched between a single and walk, fueled the Washington rally.

Nationals starter Erick Fedde was a handful for the Mets. The right-hander allowed just two hits over seven shutout innings, and both were singles. The Mets tried to apply pressure with aggressiveness on the bases, but twice had runners thrown out attempting to steal. In the third, Mason Williams walked leading off and was thrown out trying to steal second. In the fifth, Luis Guillorme singled and got thrown out by Gomes in a steal attempt of second.

Castro pitched 1 ²/₃ shutout innings before Aaron Loup and Seth Lugo combined to get the Mets through the eighth scoreless. Diaz entered for the ninth.