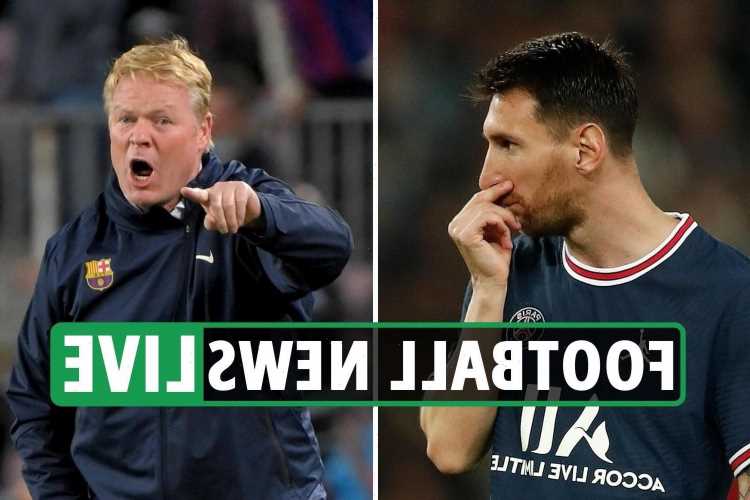 LIONEL MESSI looks set to miss a number of PSG games after suffering a foot injury.

The Argentina star, who has had a tough start to life in Paris, will miss the trip to Metz but could also be unavailable for their Champions League clash with Manchester City.

But transfer news still rolls on with Arsenal set to make a bid for Noa Lang.

And Ronald Koeman has come under fire at Barca for playing Gerard Pique as a STRIKER.

Chelsea's Marcos Alonso will no longer take the knee before games, with the Spaniard preferring to point to the No Room for Racism badge on his sleeve.