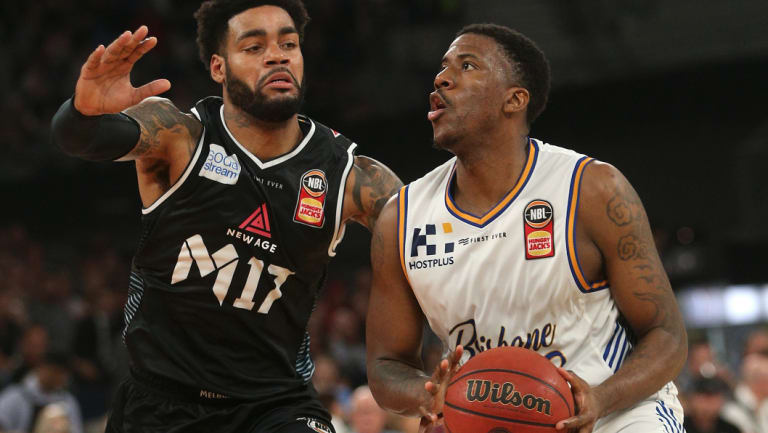 Melbourne United have been riding high for much of this season, but they fell into a negative groove and a two-game losing streak on Monday night.

Melbourne went down to Brisbane Bullets for the second time this round and while Saturday night’s loss went down to the last shot, this one was all but over after Jason Cadee's three-pointer with three minutes to play as the Bullets won 90-74.

The positive for Melbourne United was off the court as 7083 fans turned up to Melbourne Arena for a Monday night game but after that there were too many negatives as their offence and defence fell short of the mark.

Brisbane had winners all over the court with Lamar Patterson and Cameron Gliddon scoring 17 points each and Jason Cadee adding 16 points – Rio Olympian Cameron Bairstow (13 points, six rebounds) was also impressive inside as the former NBA centre continues his re-emergence after 18 months out following a knee reconstruction. 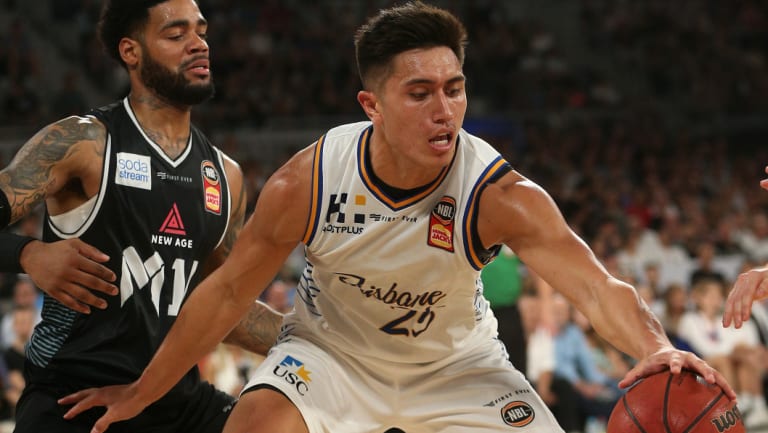 Reuben Te Rangi of Brisbane, right, under pressure from DJ Kennedy of Melbourne.Credit:AAP

What concerned Melbourne coach Dean Vickerman was his side showing some negative body language in the second half as the Bullets kept them to just 27 points.

"There was a time in the third where we were looking for something that worked and we missed a lot of little chippies around the ring and that was deflating," Vickerman said.

"It was disappointing that we didn’t show a resilience and we let things affect us and our body language dropped a little bit.

"That lead to a fourth quarter where one team was playing really positively and one was playing a little negatively and that was the result of the game."

The issue of body language will be a prime issue for Melbourne this week while they also need to find more ways to attack when star import Casper Ware (22 points) is double or triple-teamed as he was by Brisbane for much of the game.

"You want to continue to always have that resilience and I thought we had that in the first half of the season," Vickerman said.

"It didn’t matter when teams made a run at us, we had a confidence in ourselves that we would find a way to get stops, find ways to put the ball in the basket and share it.

"We are still sharing the basketball but there was times tonight where we needed more people to take advantage of the numbers we had and to make plays when Casper kicked it out of a double-team.

"We did that a bit in the first time we played them here but a little bit less in the last two games against them – we should see that as an advantage and make decisions to create good scores but we weren’t in position to do that tonight." 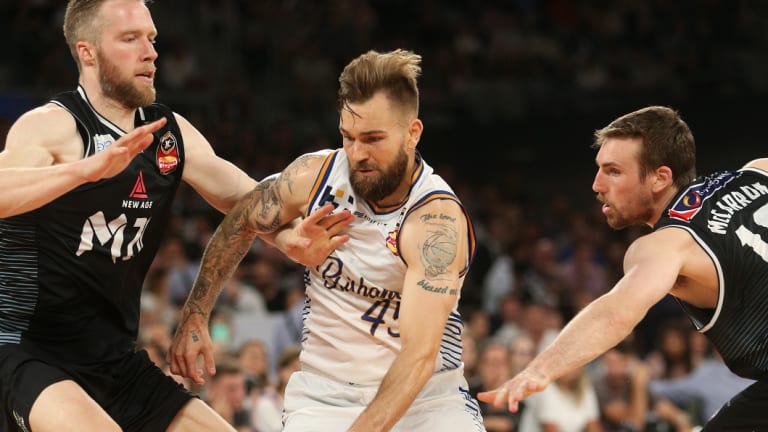 Jeremy Kendle of Brisbane, centre, under pressure from David Barlow, left, and Mitch McCarron of Melbourne.Credit:AAP

Melbourne still sit in second spot with a 9-5 [win-loss] record while the fourth-placed Bullets improve to 7-6.

The Bullets will now be considered a serious title contender as former NBA forward Patterson continues to impress along with Bairstow and others, Brisbane is still looking to add another import guard to replace Stephen Holt although temporary replacement Jeremy Kendle did well enough this round to make the Bullets think about keeping him.

Cadee said he thought after some of their earlier wins people would stop calling Brisbane's wins "upsets" but whatever they are called he sees plenty more improvement in the side.

"Apparently we have upset everyone we have beat so we will just continue to try and upset people," Cadee joked.

"It's a beautiful league in that regard – you can roll out any night and get beat.

"I thought after we knocked over Perth then we might be past "upsets" but people can say what they want, we are not be any means a great team yet but that’s what we are trying to build towards."