Champion jockey John Marshall, who won the Melbourne Cup on Rogan Josh for master trainer Bart Cummings, has died at the age of 60 from pancreatic cancer.

Marshall, who originally hailed from Western Australia, won the Sydney jockeys premiership in 1987-88. 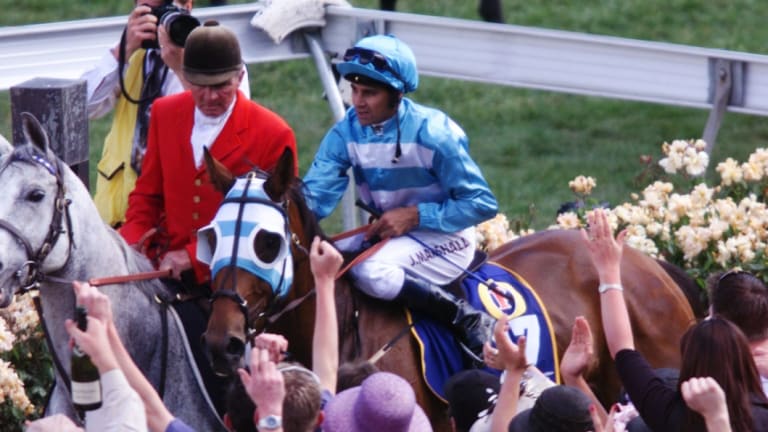 Amongst those he defeated to win the title that year were several acknowledged top-liners, such as Ron Quinton, Mick Dittman, Malcolm Johnston, Darren Beadman, Jim Cassidy, Kevin Moses and Wayne Harris.

He was associated throughout the decade with the Bart Cummings stable at Randwick, and he rode many of the maestro's top horses in that period, including the stayer Beau Zam, the classy Sky Chase and tough sprinter Campaign King.

Marshall also rode successfully for a number of years in Hong Kong but it was not until he returned home that he scored the signature win on the seven-year-old WA-owned gelding Rogan Josh in the Cup.

“John Marshall was an elite jockey; humble and a thorough gentleman,” he said in a statement.

“John competed with distinction in an era with an abundance of great jockeys and his combination
with the legendary Bart Cummings was one of the most successful partnerships in racing.

“We pass on our sincere condolences to his family on losing such a wonderful man so close to
Christmas.”

Quinton, now a successful trainer in Sydney but then a regular rival, spoke glowingly of his former weighing room colleague.

"He was a very professional jockey, very dedicated, who obviously rode a lot for Bart and was very successful," he told Racing.com.

"He was a first-class rider, a fair competitor and was always out there doing his best.

"It's very sad news to hear this morning. It’s never a good time, but it's very tough for the family right on the eve of Christmas."

Marshall's son Taylor is a jockey in Queensland.