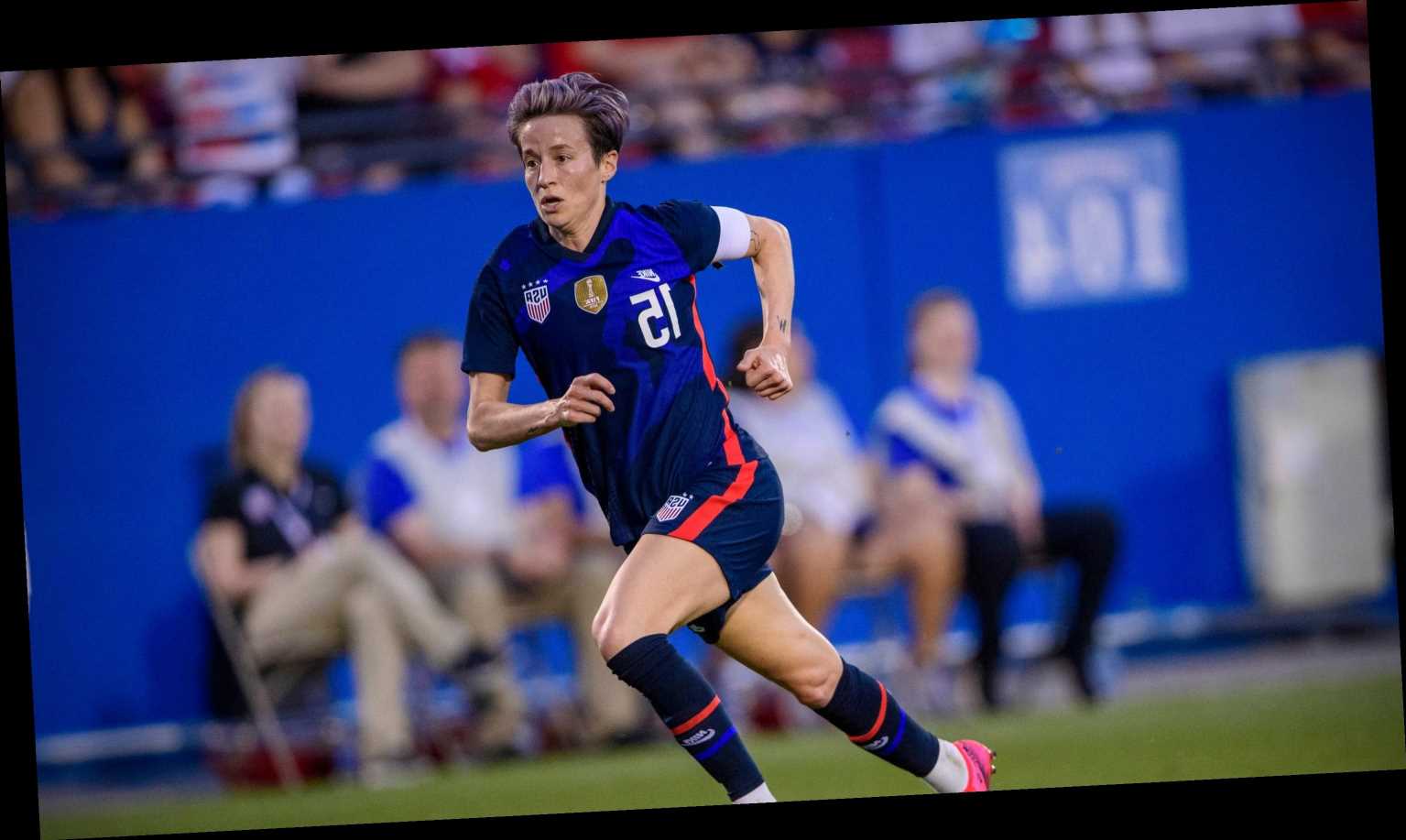 The U.S. women’s soccer star, an outspoken advocate for equality, slammed Green on Wednesday for his comments last week that blamed female athletes for the inequities that persist in women’s sports. Rather than making the point he thought he was, Green revealed his ignorance, Rapinoe said.

“Obviously you kind of showed your whole ass,” Rapinoe said during the U.S. Olympic and Paralympic Committee’s media summit for the Tokyo Olympics.

“He’s not even understanding what we all talk about all the time, whether it's WNBA players or us here on the national team,” Rapinoe said. “And you tagged the wrong people! You don’t think we have asked for more funding? What are we screaming about nonstop?”

Following the uproar over disparities between the men’s and women’s NCAA basketball tournaments, Green took to social media to give “pointers” on how to increase investment in women’s sports. He said the NBA only became the global game it is today because there were people building up the game and telling individual players’ stories. Players should focus on that rather than equal pay, Green suggested.

“When we talk about equality in women's sports, we always talk – first – about investment. And funding and resources and marketing and branding and investing in, not just the players, but the support staff and coaching. And media, TV media, print media – all of it,” Rapinoe said. “Those are the things we talk about first, and I think anybody who watches us or follows us or has skin in the game (knows that). … We understand that if all of those things are done, then yes, we will most likely be requiring a much higher salary than we're at.”

When the USWNT sued U.S. Soccer for wage discrimination, part of the lawsuit focused on workplace inequities, including disparities in travel, support staff and playing conditions.

The true financial value of women’s sports isn’t known, Rapinoe said, because they historically have been starved of resources and support. But the interest in the women’s tournament – there were significant increases in TV ratings and social engagement – as well as the appeal of the U.S. women, shows there is money to be made in women’s sports.

“All I know is we have been able to be this successful with the lack of resources, and the lack of funding, and the lack of investment, all of the things that we talk about. There's at least some value worth exploring,” Rapinoe said. “Equality in general is a good business proposition. we know that. It costs companies money when they are unequal or have bad practices or racist or sexist or homophobic, whatever it is. You're leaving so much out there.”

What was particularly frustrating about Green’s comments, Rapinoe said, is that, as a Black man, he is also a member of a marginalized community. Rather than educating himself, and lending his voice to support female athletes, he instead perpetuated the ignorance that is often used against them.

“All social movements, and all people who are marginalized by race or gender or sexuality or whatever it is, it is not just their job to be the ones fighting oppression. We need all of the other people as well,” Rapinoe said. “To have someone who is oppressed in many ways, to heap that all back on female players or people who play female sports.

“That was really disappointing, and from someone who has such a big platform, as we know, that's just not acceptable at all.”