Lyon and England defender Lucy Bronze has made the fifteen woman list alongside the six-time FIFA Best Woman of the Year, Marta. 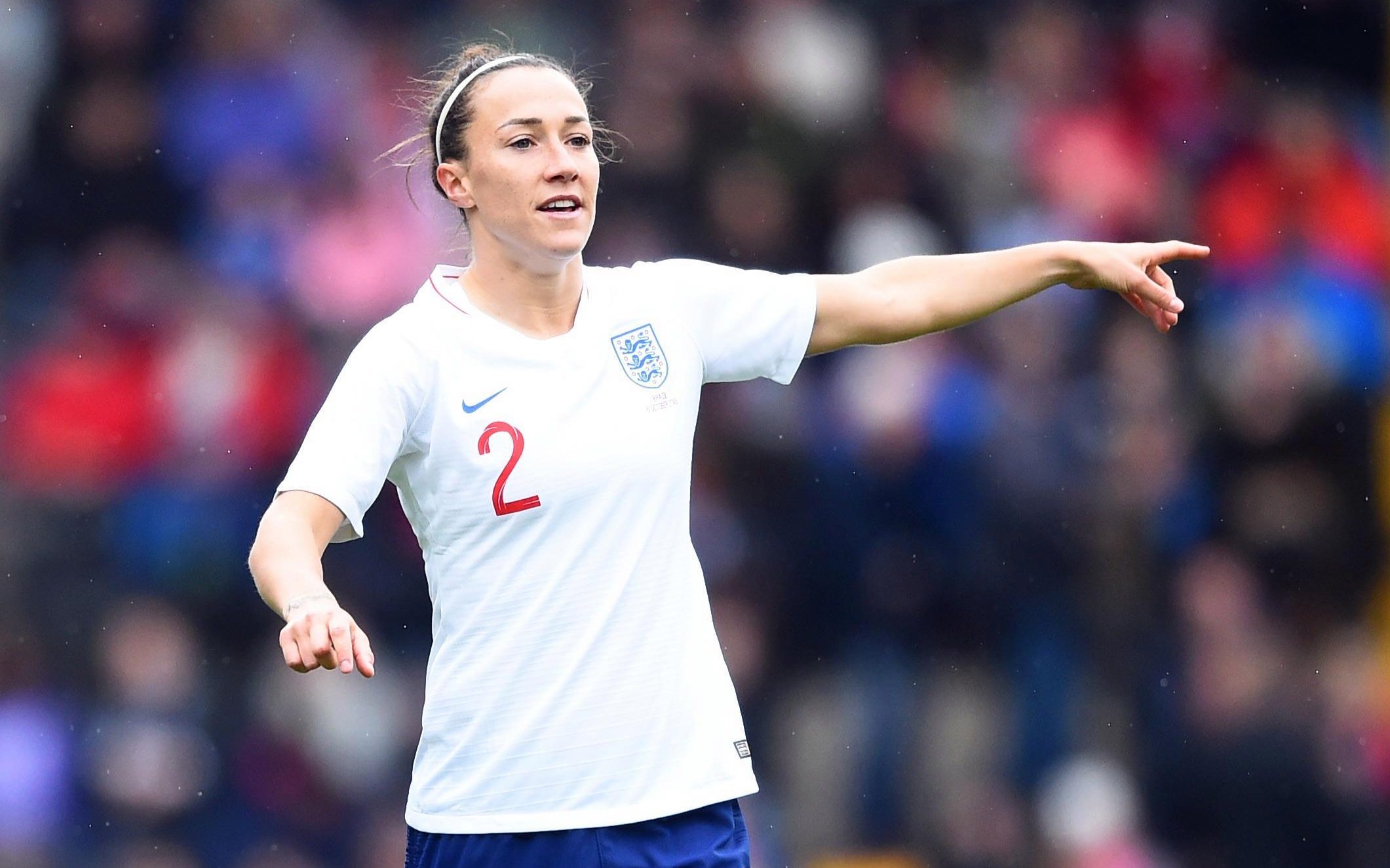 What is the new Ballon D'Or?

In September, it was announced that France Football had created an award for the top female player in the world.

It will be decided by votes from journalists who specialise in women's football all around the world.

The decision was described by France Football as a "logical evolution for a growing discipline."

Brazilian star Marta, who featured against England in their friendly on October 6, told the Ballon D'Or organisers: "It's a step forward, women's football is evolving and inequality is shrinking even though there is still room for improvement.

"I've always wanted to see a woman win this prestigious award.  It is a step towards more equality to see such a reward, as important in the world of football, to be also awarded to the players."

Who are the nominees?

The fifteen nominees are:

England and Lyon right-back Lucy Bronze has been named the "best-right back in the world" by Phil Neville in recent months. The 26-year-old, who started out at Sunderland, won three Women's Super League titles (two with Liverpool, one with Manchester City) before moving to Lyon in August 2017. Her first season at the French club saw her win the UEFA Champions League and the Division 1 Feminine. 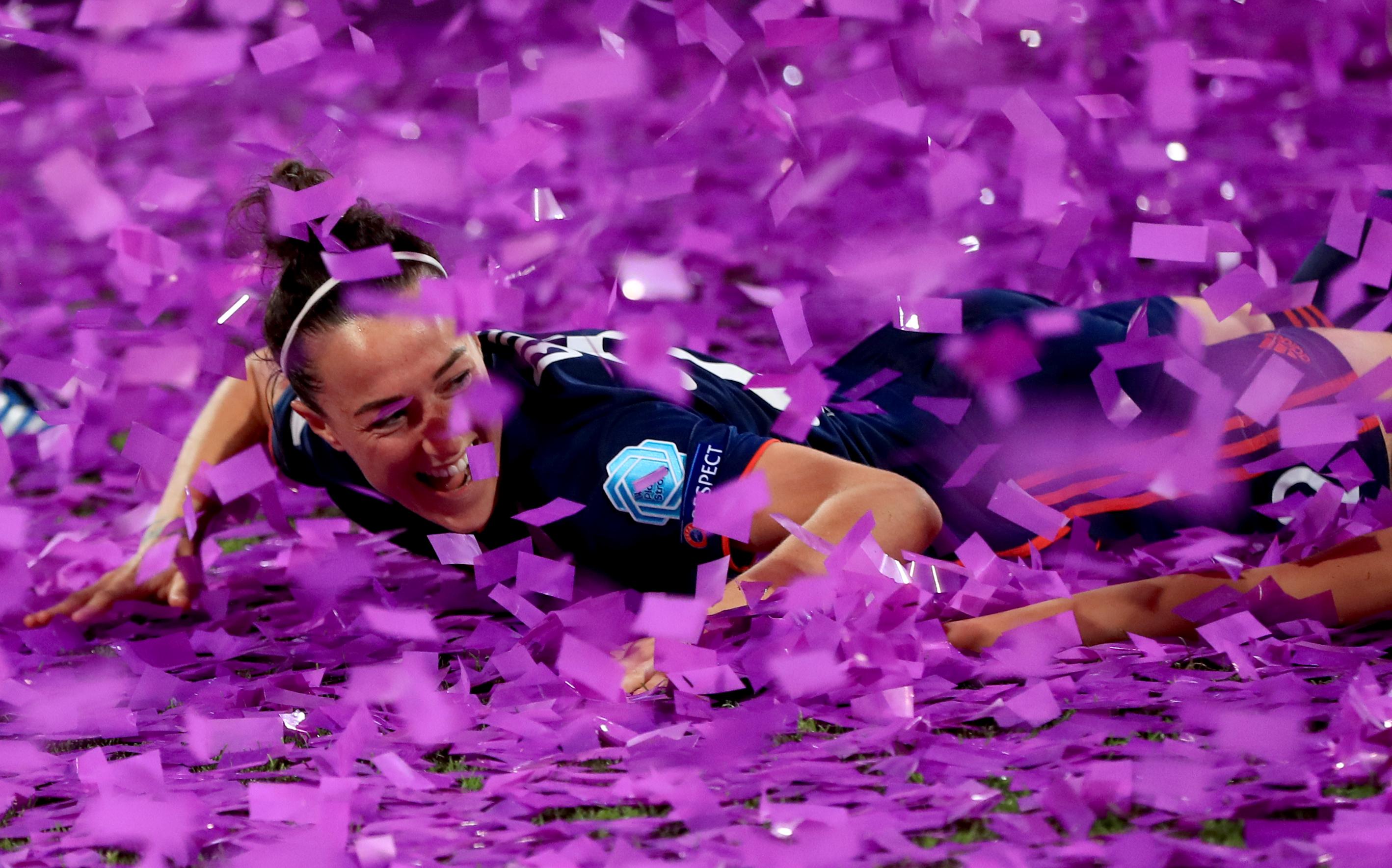 Denmark striker Harder has been playing at Wolfsburg since 2017. The 25-year-old has made over 100 appearances for her national side and accolades include two Bundesliga titles and Wolfsburg were the runners-up in last year's Champions League. At the 2017, Harder led the side the final where, despite scoring their second goal, they were beaten by hosts Netherlands 4-2. The Denmark captain was named in the UEFA Team of the Tournament alongside teammate Theresa Nielsen. 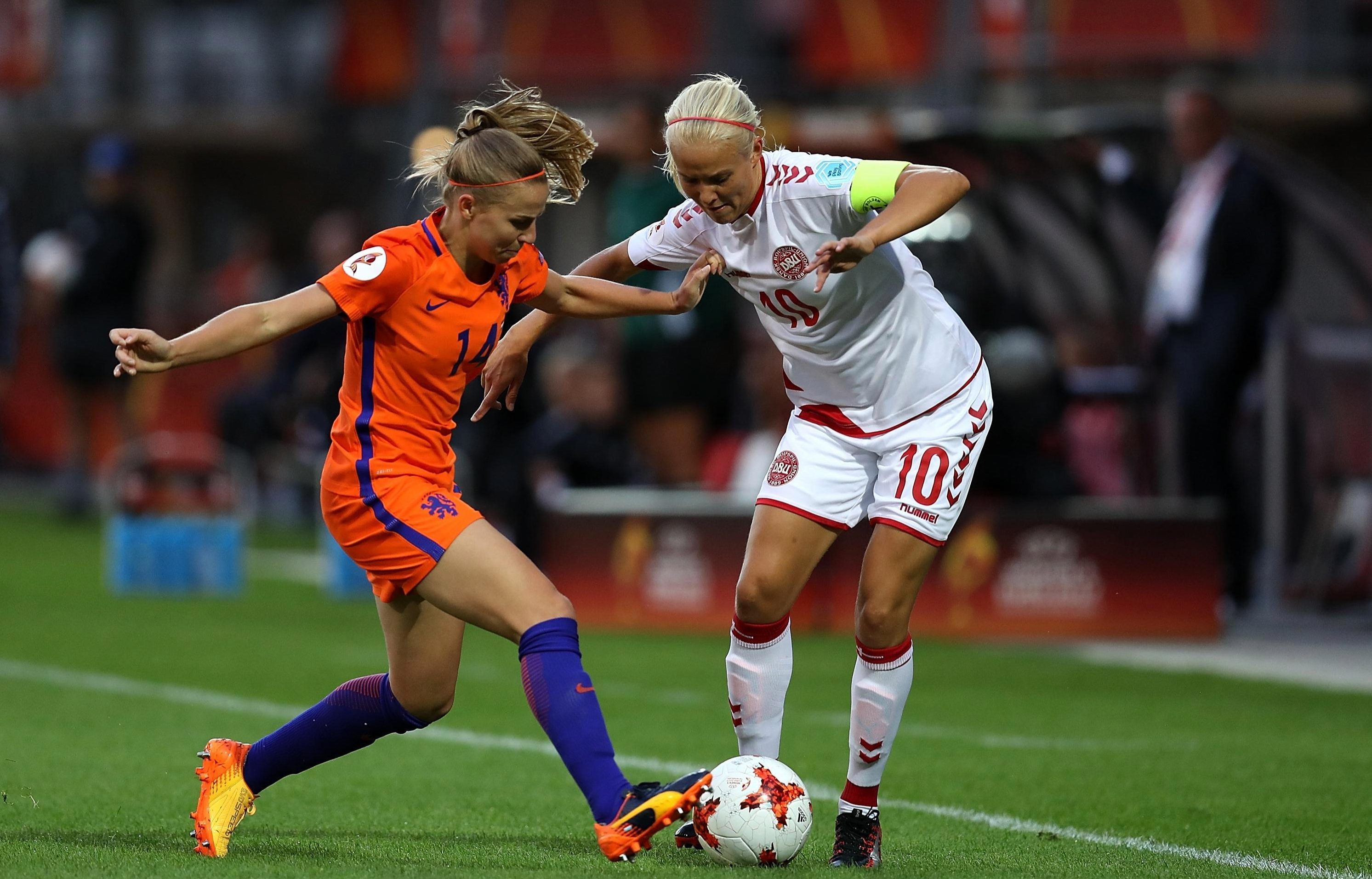 Hegerberg is a three-time Champions League winner has been one of the top women's footballers in recent years. The 23-year-old made it into the top three for the FIFA Best Woman of the Year which was presented in September. The striker has been at Lyon since 2014 also winning three Division 1 titles and three Coupe de France trophies. 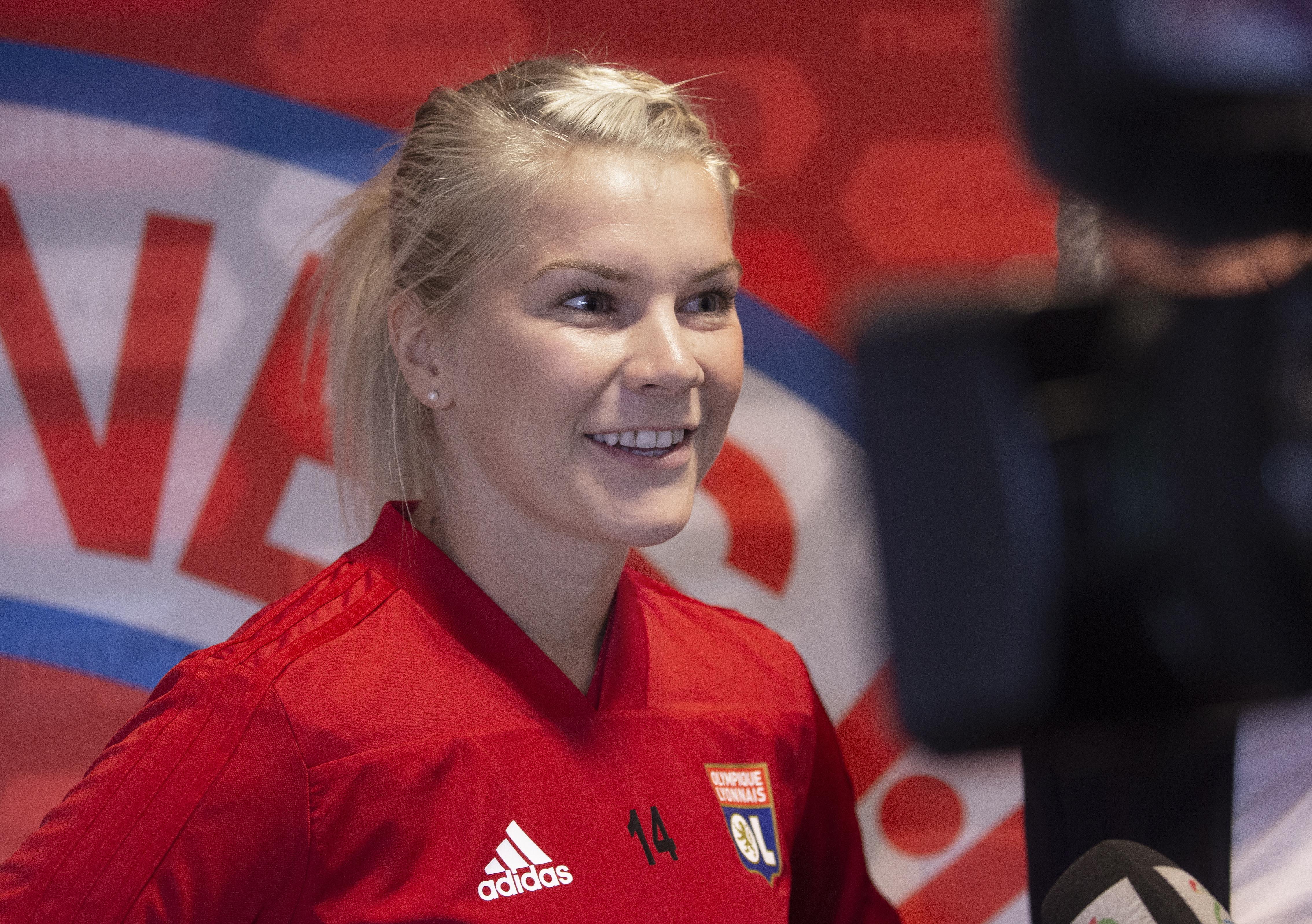 Henry is a French devensive midfielder who has made over 70 appearances for her national side. Since beginning her career in 2004 at the age of 15, at Henin-Beaumont, he has played for Lyon, Portland Thorns and PSG. At the end of the 2017 NWSL season, Henry rejoined Lyon, Honours include nine league titles at Lyon, four Champions League trophies and NWSL Championship title. For France, she was part of the squad which won the 2017 SheBelieves Cup and was awarded the Silver Ball at the 2015 Women's World Cup. 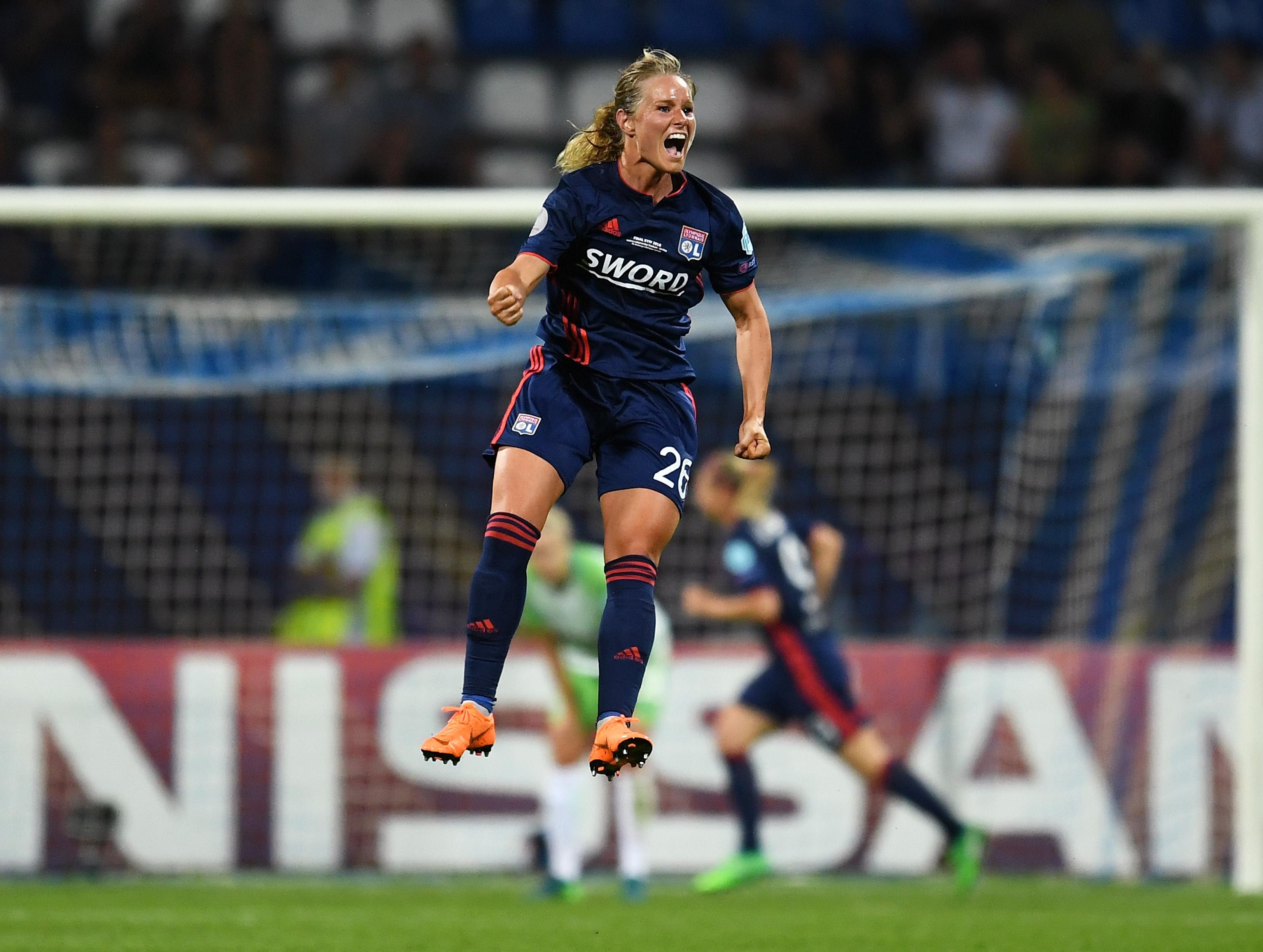 Lindsay Horan started playing football at school, representing the USA under-17 team at the age of 15. Horan was named as the "top-ranked college prospect" by ESPN in 2012 but chose to go to Paris Saint-Germain instead of going through college. The 24-year-old now plays for Portland Thorns having joined the club in 2016. Honours include two SheBelieves Cups, a Tournament of Nations trophy and the NWSL Champions title for 2017. 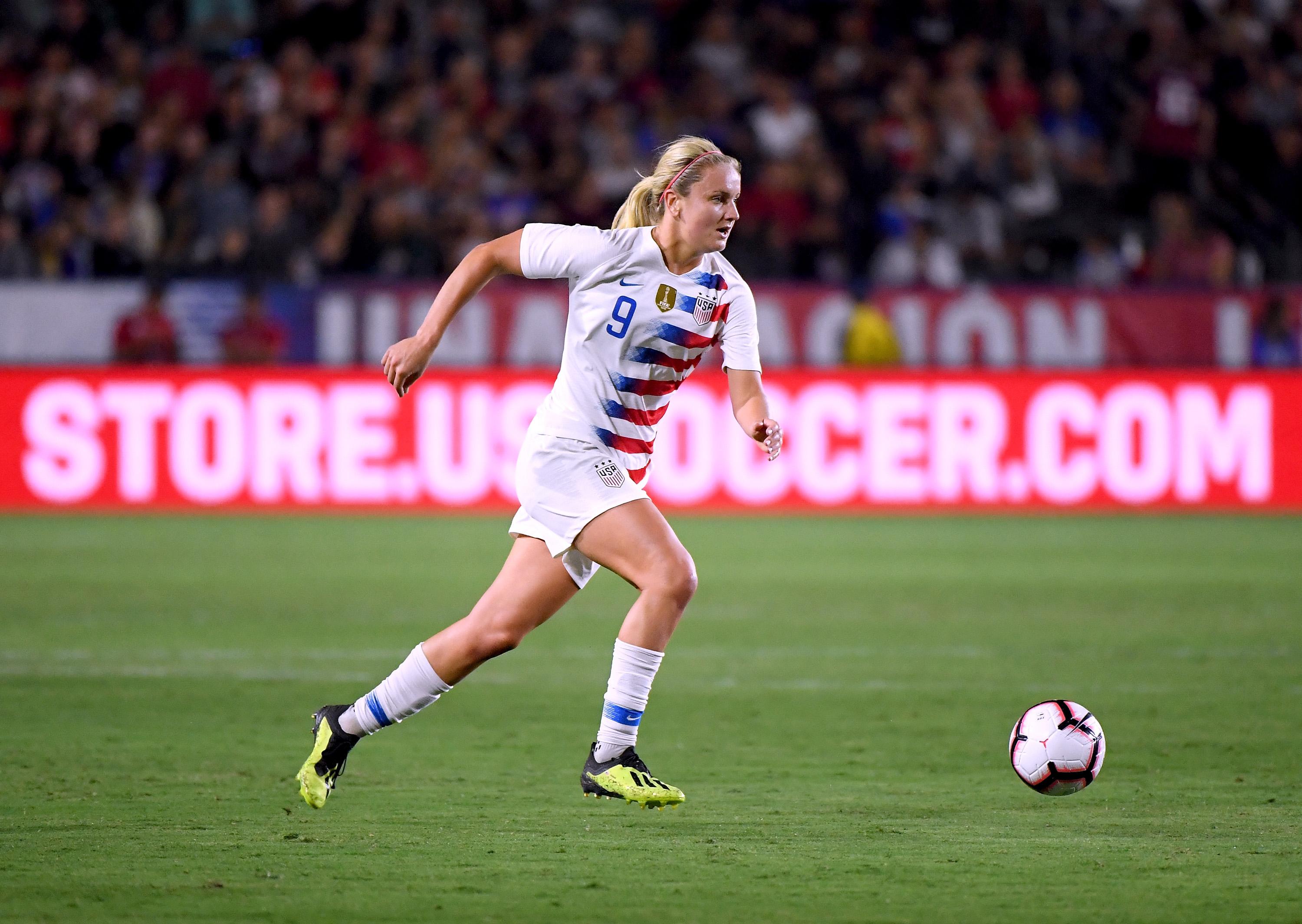 Kerr is an Australian footballer who plays forward for Australia and Chicago Red Stars. She is currently the all-time leading scorer in the NWSL. Her honours list includes a Tournament of Nations win with Australia in 2017, the PFA Women's Footballer of Year awards and the ESPY Award for Best International Women's Soccer Player 2018. Kerr joined the Chicago Red Stars in January after being traded and scored 15 goals, securing the league's golden boot for the second year in a row. 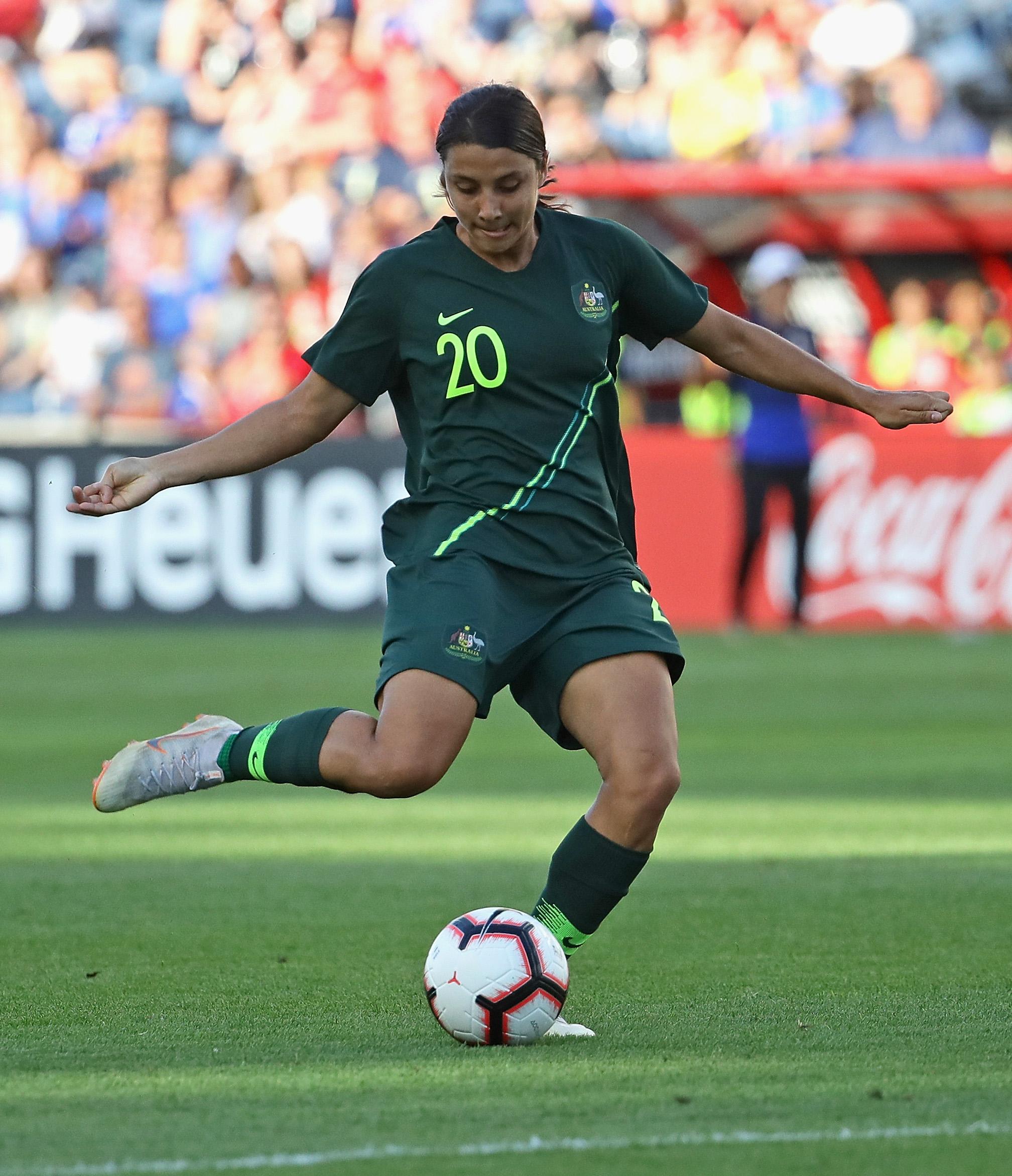 Chelsea star Fran Kirby is one of two Lionesses included in the shortlist. The 25-year-old forward has been hailed as one of England's best strikers in recent years. Kirby started her career at home town Reading and in 2014 became the first WSL2 player to be called up for England. In April 2018 Kirby was named the PFA Player's Player of the Year and the Football Writer's Women's Footballer of the Year. 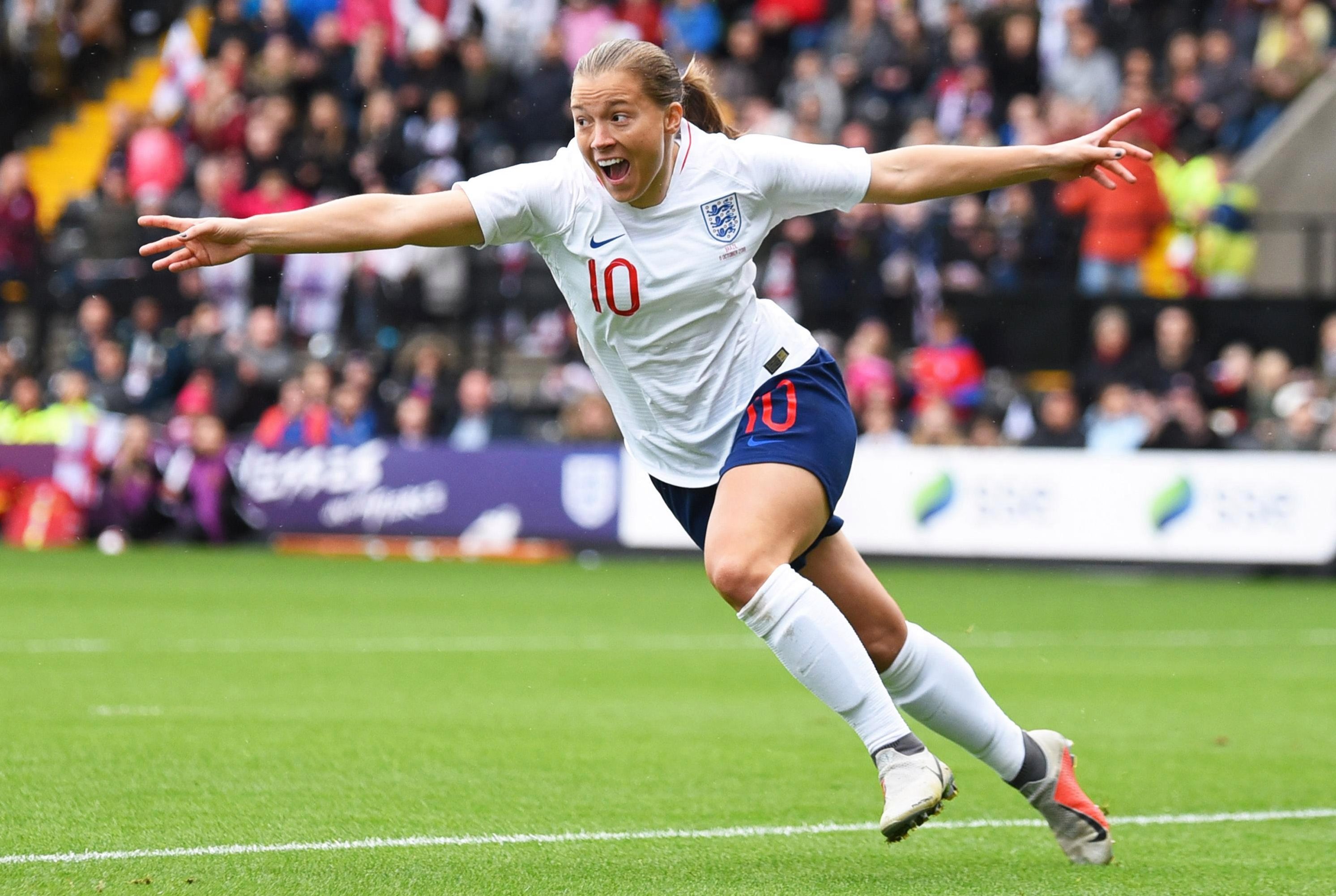 Saki Kumagi is a Japanese footballer who plays for Lyon. The 27-year-old started her career at Urawa Reds in 2009 before moving to Frankfurt for two seasons. Kumagi moved to Lyon in 2013 and helped the side win four Division 1 titles, four  Coupe de France and two Champions League trophies. For Japan she is also has a silver medal from the 2012 London Olympics, and helped the side win the 2011 World Cup. 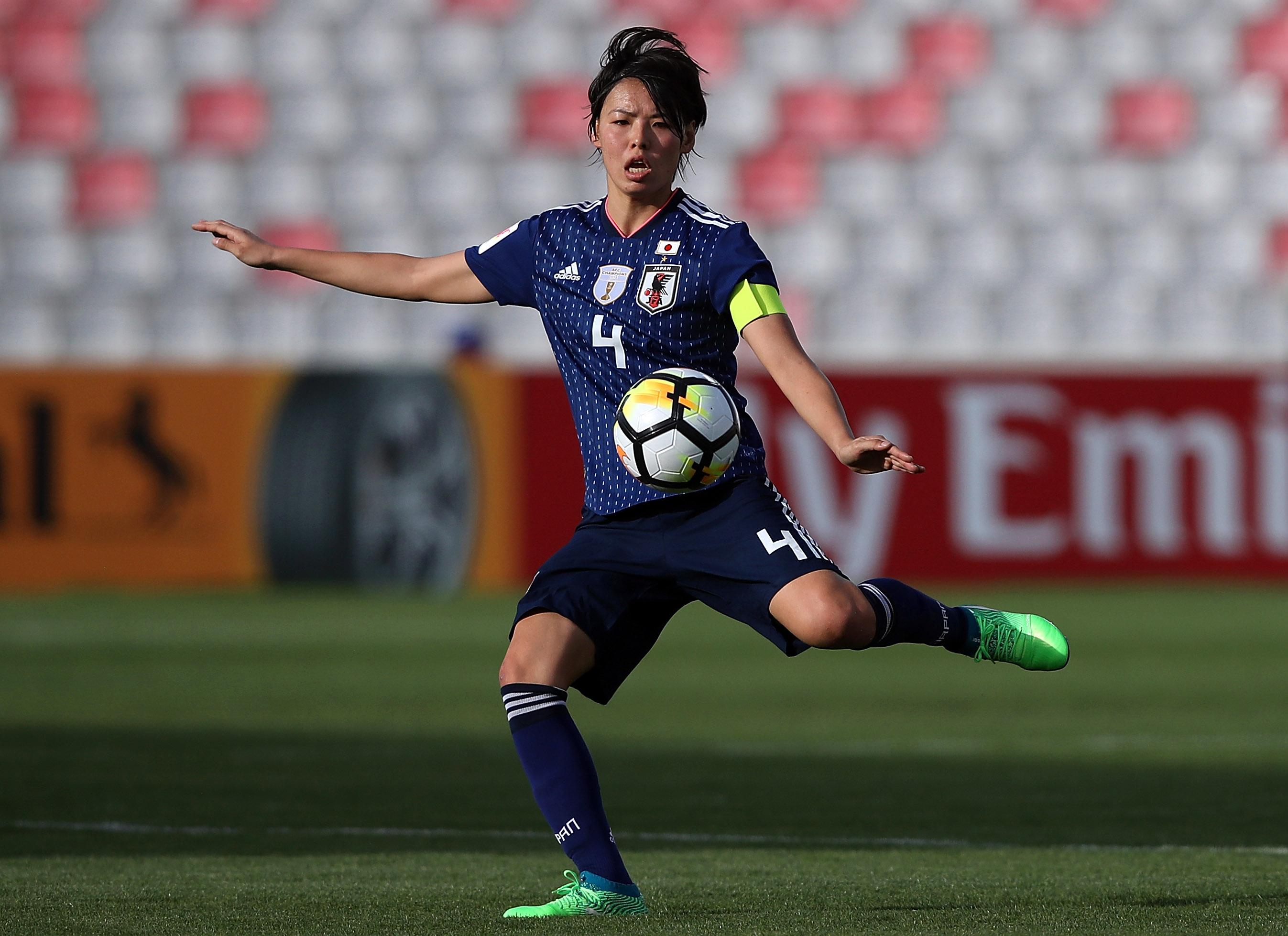 Marozsan is a German midfielder who currently plays for Olympique Lyon. The midfielder made 133 appearances for Frankfurt before moving to Lyon in 2016. Having moved to Germany at the age of four, she chose to play for Germany and made her national debut in 2010. She made it to the top three in the FIFA Best Woman Footballer of the Year, getting beaten by Marta. 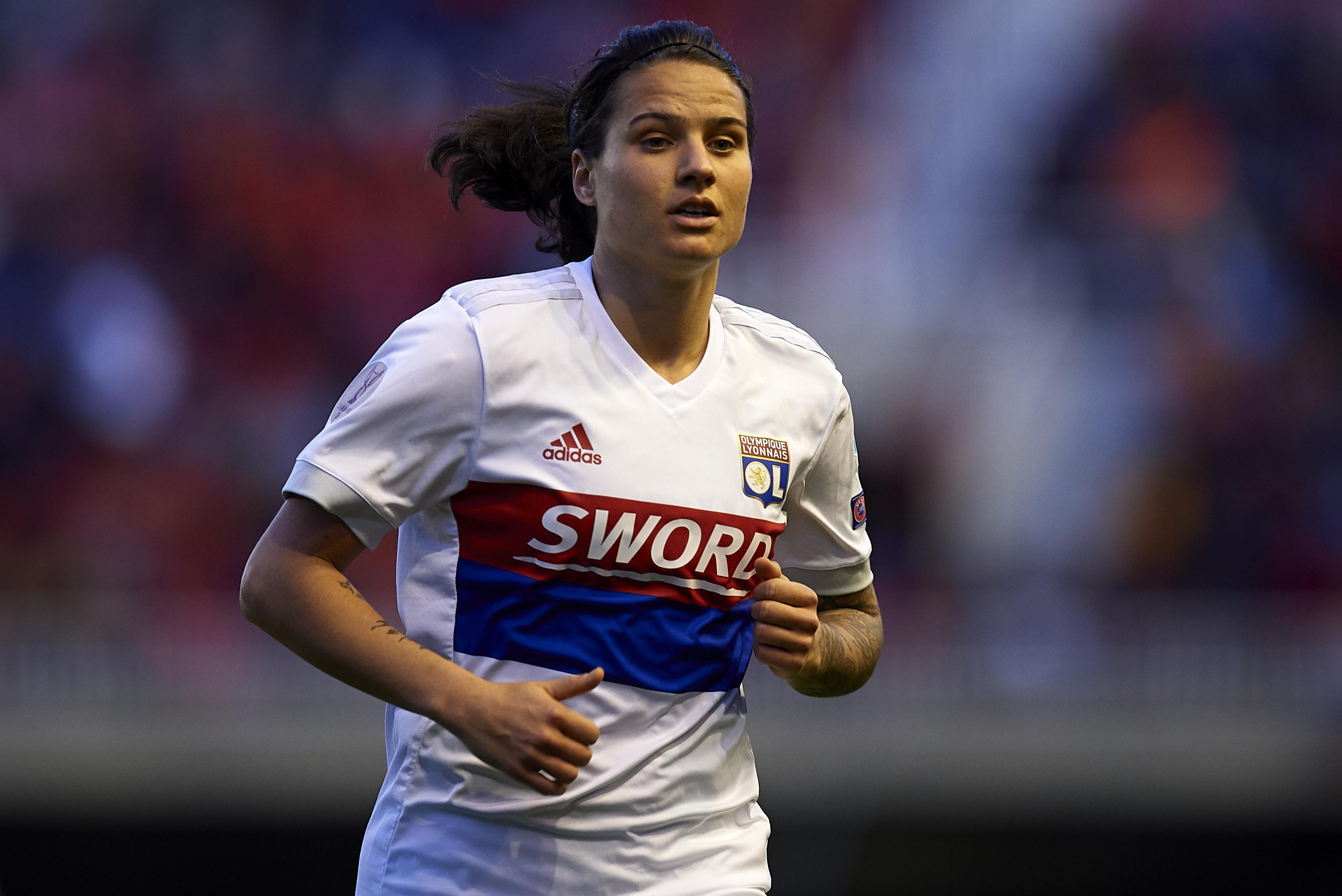 Majri is one of seven Lyon players to be nominated for the new award. Majri has been at Lyon since 2010 and has won seven Division 1 titles, six Coupe de France trophies and four Champions League trophies. After playing for Tunisia at U20 level, the 25-year-old winger made her debut for France in 2014 and was part of the squad who won the SheBelieves Cup in 2017. 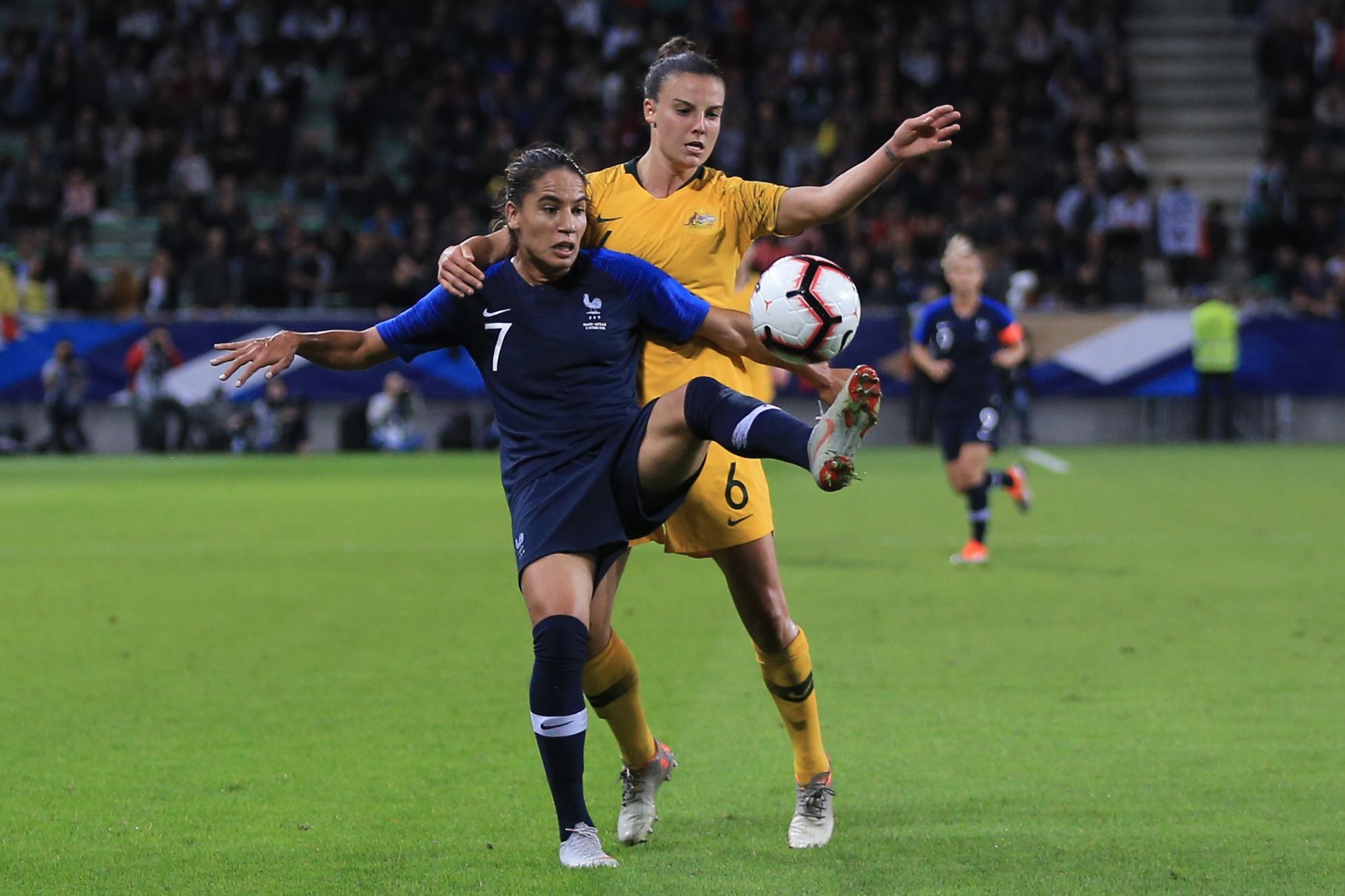 Marta, who was once described as "Pele in a skirt" by the Brazilian legend, is often regarded as the best female player of all time. She holds the record for the most goals scored at FIFA Women's World Cup tournaments and currently plays for Orlando Pride. Marta was awarded the FIFA Best Woman Footballer of the Year at the ceremony in September – the sixth time she has received the award. 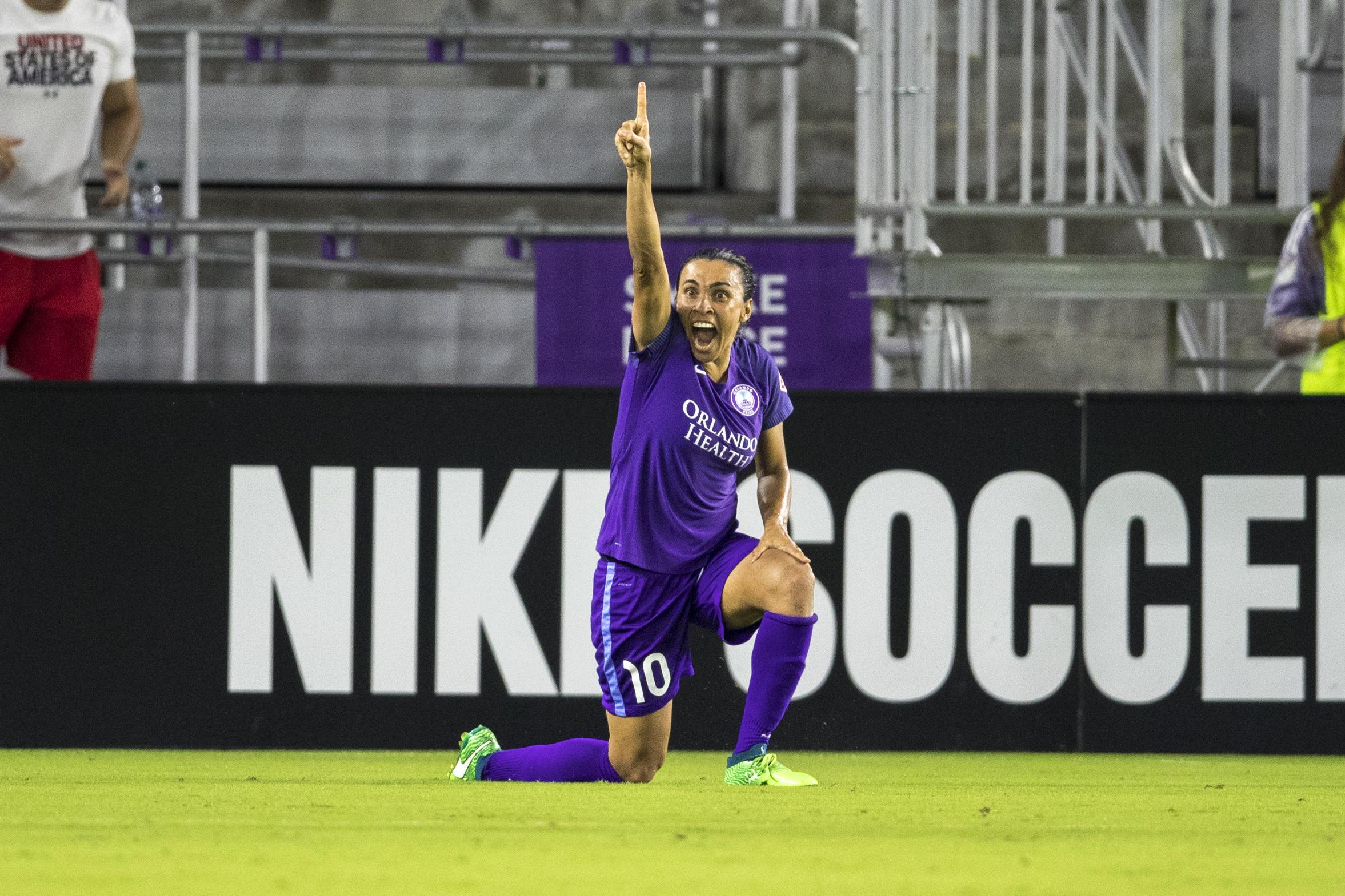 Lieke Martens was part of the 2017 squad to win the European Championships, which was also hosted by the country. They beat Denmark 4-2 in the final, with Martens scoring in the final. She was named the player of the tournament and part of the UEFA Team of the Tournament. Martens plays for Barcelona and won the 2018 Copa de la Reina de Futbol. 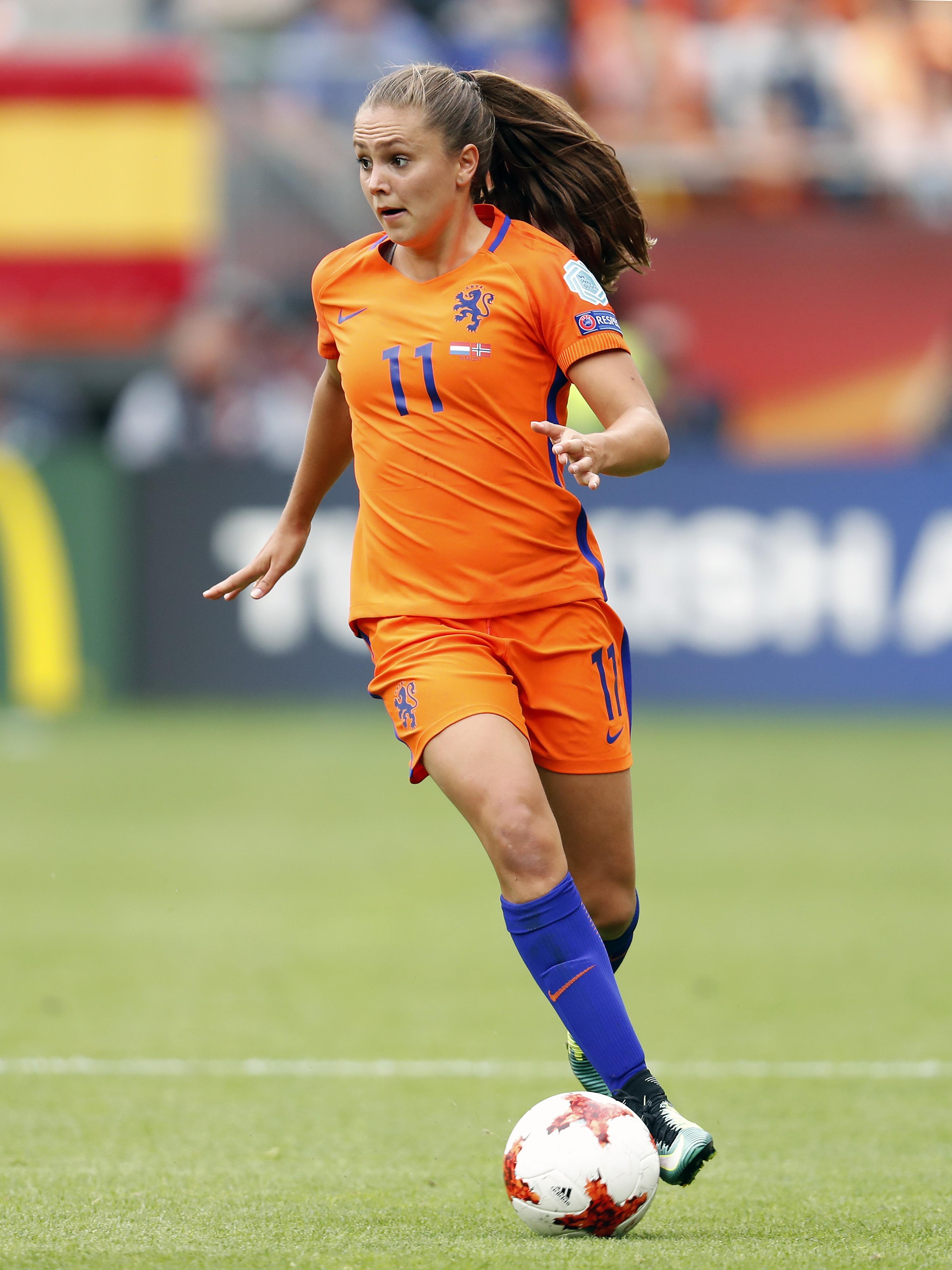 Rapinoe is a midfielder/winger who plays for Seattle Reign. the 33-year-old has made over 140 appearances for the USA. She helped the USA win the gold medal at the London 2012 Olympics and has been at Seattle since 2013 having also played for clubs including Chicago Red Stars, Sydney FC and Lyon. 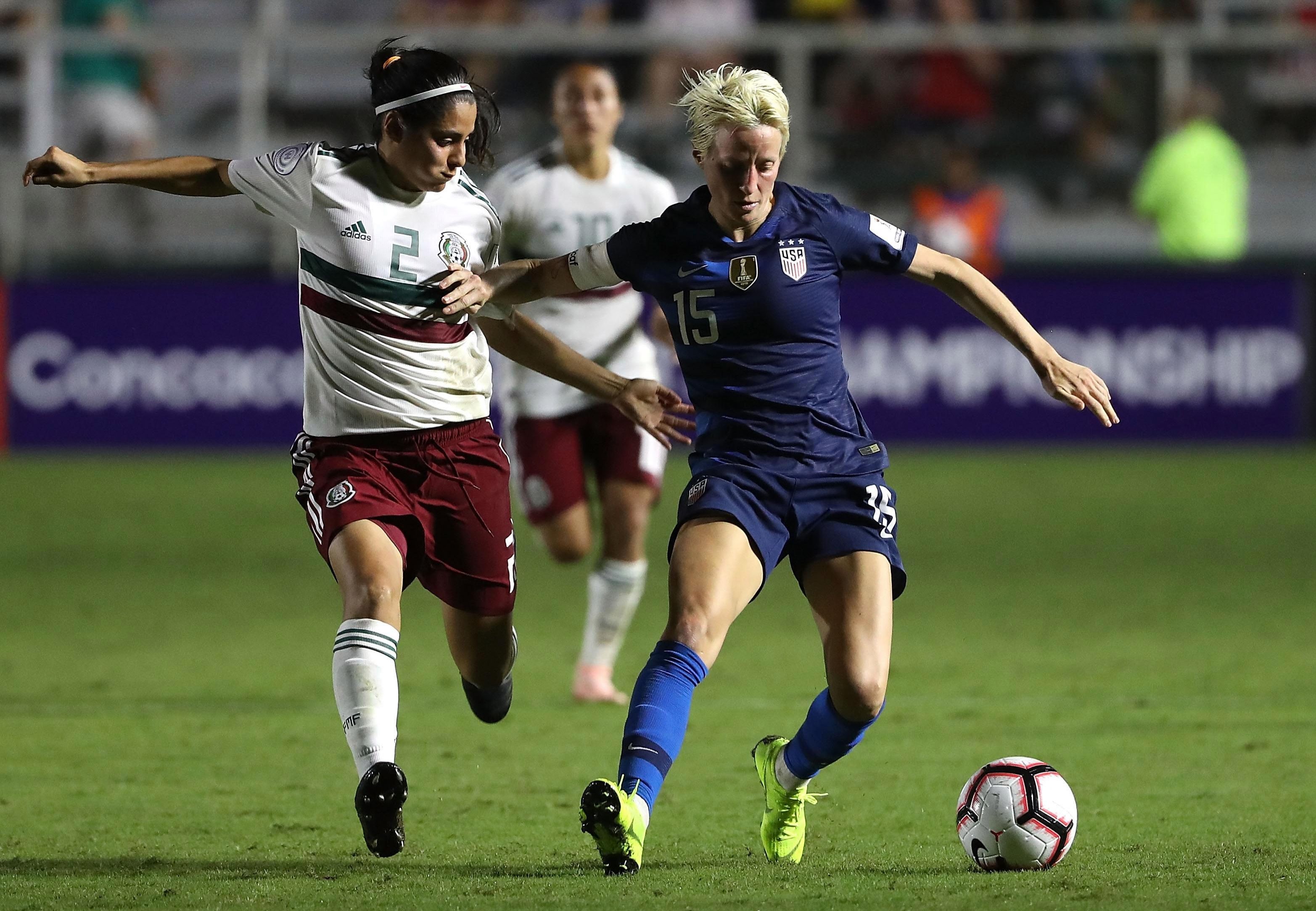 Renard, 28, joined Lyon in 2006 and has remained at the club for all her senior career. She has made over 160 appearances for the French side winning 11 Division 1 titles and four Champions League trophies. Renard made her debut for France at the 2011 Cyprus Cup and has since represented her country at two World Cups and Olympics. She is the current captain of the national side and has made over 100 appearances for France. 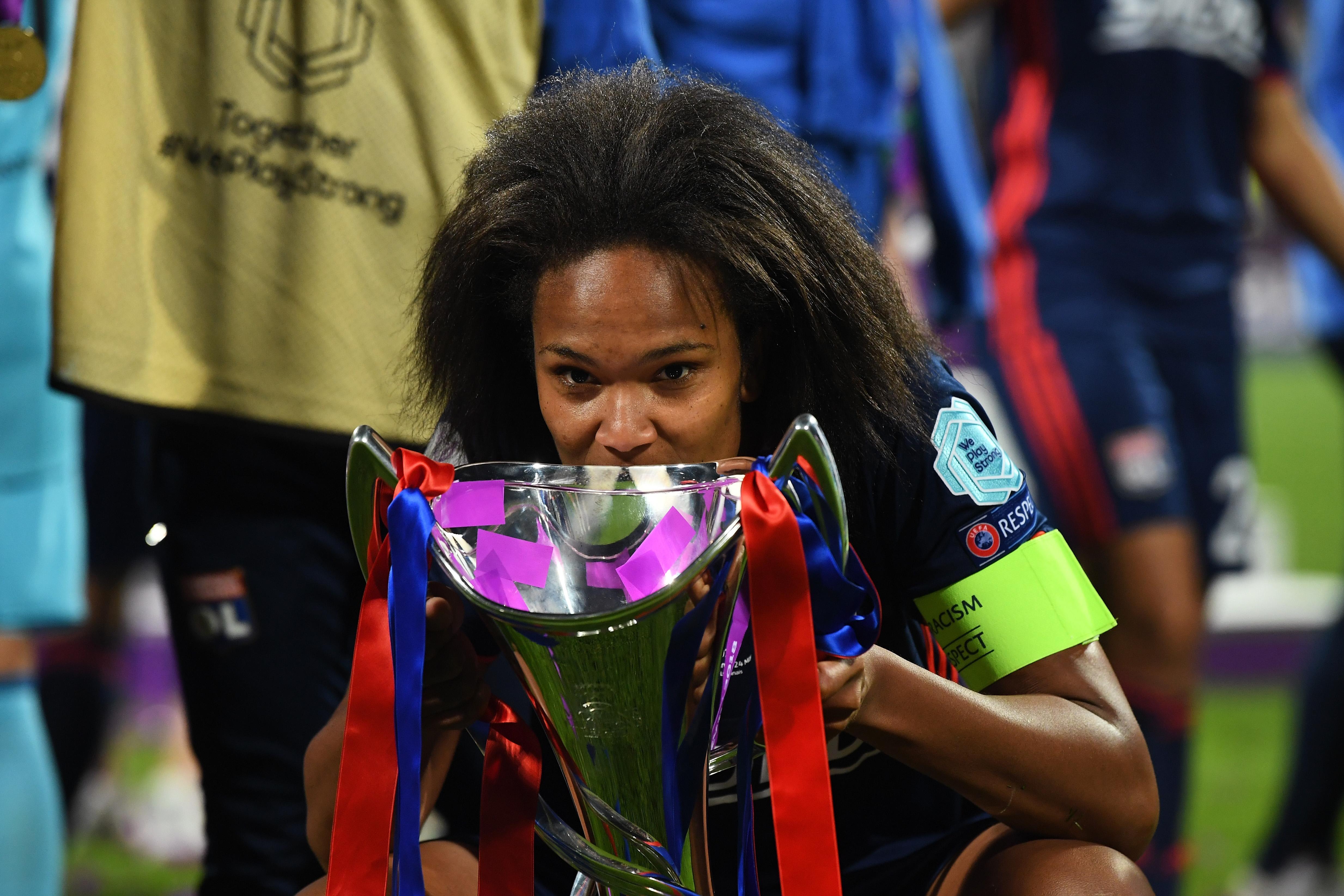 Sinclair is the only Canadian footballer on the list. She started her career at the Vancouver Breakers and Whitecaps. The 35-year-old is the oldest player on the list and  has played in four World Cups including when Canada hosted in 2015 and three Olympics.  She has been shortlisted for FIFA World Player of the Year seven times. In 2013, she was inducted into Canada's Walk of Fame.

When will the winner be announced?

The winner will be announced on December 3 alongside the original award and the new under 21s award.

The "Kopa Trophy" given to the best Under-21 star will be voted by a panel of footballing legends.

As well as Messi and Ronaldo, the likes of Denis Law, Michel Platini, Zinedine Zidane and Marco van Basten will also have their say.